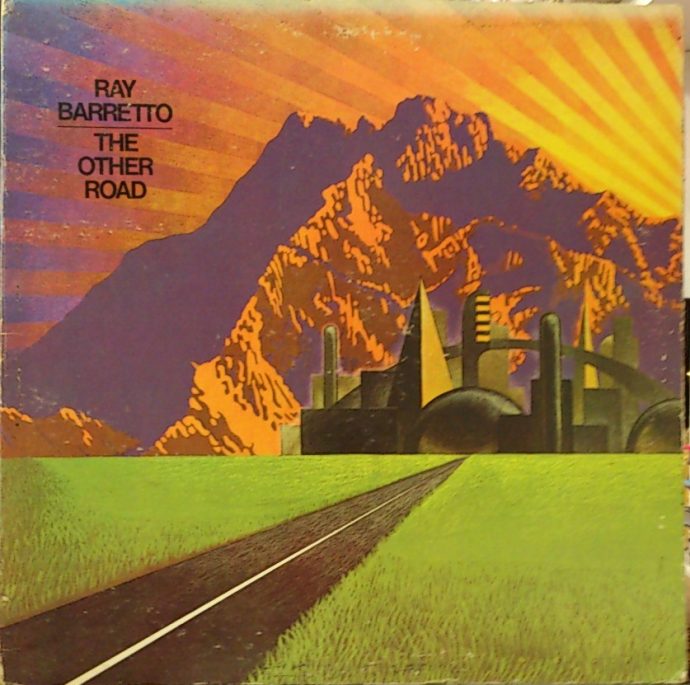 This is the source of pride for me, that we LATINOS got together and played some jazz!”  Ray Barretto (1973) 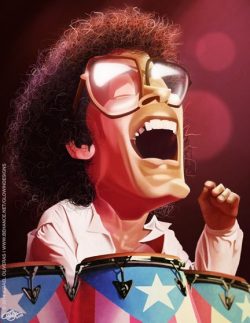 Every now and then life throws us a curve and it alters our trajectory. That’s what happened to Ray Barretto in 1972 when four members of his working (salsa) band – the singer Adalberto Santiago, the percussionist Orestes Vilato, the trumpeter Rene Lopez and the bassist Dave Perez – staged a walkout and formed the group Tipica ’73.

To make matters worse, the word on the street was, “Se fueron los muchachos! Que Va a Hacer Ray ahora?” (The guy’s left. What’s Ray going to do now?). “I was restructuring my band, and I didn’t have a singer,” said Barretto in a 1994 interview. “I wanted to make a jazz album. I told Jerry Masucci at Fania, ‘Let me do this for myself, and let’s have some fun with the music I like to play.'” Surprisingly, Masucci (a former police officer, attorney, and savvy promoter) gave Barretto the green light. I use the word “surprisingly” because Fania had no interest in penetrating the jazz market, nor did it have any experience in promoting jazz recordings.

Barretto wasted no time in organizing a group of “young disciples from various mother countries.” The flutist, Art (Artie) Webb, the Mexican-American trumpet, and flugelhorn player, Manny Duran, the Colombian keyboardist, composer Edy Martinez, the Panamanian bass player, Guillermo Edgehill, and the drummer, Billy Cobham and recorded The Other Road at La Tierra Sound Studios Ltd. in midtown Manhattan in one six-hour session.

The repertoire included original compositions by Barretto, Manny Duran, and Edy Martinez. Also, a Latinized interpretation of Thelonious Monk’s Round Midnight (Round About Midnight), the high energy Lucretia the Cat; the profoundly spiritual, Oracion (The Prayer); and an instrumental interpretation of the hit tune, Abjidan as well as the catchy Little Ting.

When Fania released the album in 1973, Barretto’s fan base, who revered him as a Latin bandleader and Manos Duras (Hard Hands), flatly rejected it. Some even went so far as returning the record to the store, claiming it was a Barretto imposter! Also, Fania failed to promote the recording, and the media and music industry paid it no mind.

The same year, Barretto came roaring back with Indestructible, whose dazzling cover art, powerful lyrics, and rhythms put Barretto in good stead with his fan base and Fania Records. Also, from 1974 to 1990, he released a slew of successful recordings, including Barretto (1975), Rican/Struction (1979), and Giant Force (1980).

Despite the success, Barretto was increasingly dissatisfied with the lack of creativity in Latin music, the glorification of singers, and salsa’s trajectory in general. In 1991, he released Soy Dichoso, a musical “farewell” to Fania Records, and formed the jazz ensemble, New World Spirit.

From 1992 to 2005, the ensemble released a series of highly acclaimed albums including Ancestral Messages (Concord Picante); My Summertime (Blue Note); Homage to Art Blakey and the Jazz Messengers (Sunnyside) and Time Was – Time Is (O Music).

In 2008, E Music, LLC released a remastered version of The Other Road with updated liner notes by Gregory “Goyo” Pappas.

What to make of The Other Road circa today? It’s widely considered a “cult classic,” which in my opinion, belies its impact on legions of emerging musicians and historical significance. Also, according to Pappas, “it may be of more lasting significance than many of his more popular tropical albums.”

Ray Barretto sums up The Other Road. “It speaks well for the beauty and validity of American jazz that is heard and loved in many countries of the world, even as some of America’s other ‘exports’ are thoroughly rejected. In Latin America too, jazz has been heard and imitated, and it has influenced the music of many Latin countries. (Listen to some of the Cuban groups on short-wave set). Now many young disciples from mother countries have come to America, the birthplace of jazz, wanting to be heard, and perhaps even to influence. Some of them perform on this album. This is a source of pride for me that we LATINOS got together and played some jazz.” Was The Other Road the “seed” for New World Spirit? In my opinion, a resounding YES!

Barretto received jazz’s highest honor when the National Endowment for the Arts awarded him its Jazz Masters Award. He accepted the award at an induction ceremony in New York on Jan. 13, 2006, and suffered a heart attack two days later. He holds the distinction of being one of the most popular and recorded percussionists in the history of jazz, Latin music, and though he took exception to the term, Latin jazz.  When life threw Ray Barretto a curve, he seized the moment, made a bold and potentially career-ending statement, and triumphed.

TRACKS: The Other Road, Round About Midnight, Lucretia the Cat, Oracion (The Prayer), Little Ting, Abidjan Revisited.