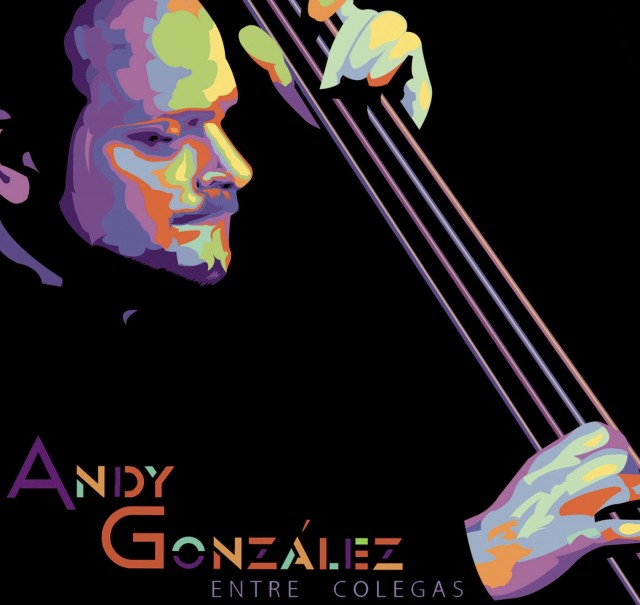 In a career that spans almost 50 years and roughly 1000 recordings as a co-leader, musical director, and sideman, Andy Gonzalez is arguably one of the most important bass players of his generation. 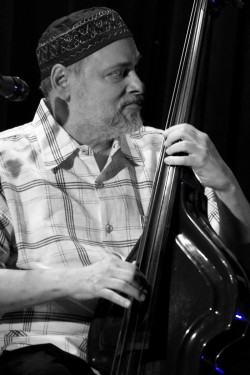 His impressive body of work transcends time and genres, beginning with the Latin Jazz Quintet at the age of 13; followed by foundational contributions to the Fort Apache Band, led by his brother, Jerry Gonzalez and Grupo Folklorico Experimental Nuevayorquino, an inter-generational collective of Latinos (Puerto Ricans and Cubans) whose music offered a fresh alternative to the commercial world of salsa. Andy is also the co-leader and musical director for the killer dance band, Manny Oquendo and Libre.

In addition, Andy has performed and recorded with Dizzy Gillespie, Tito Puente, Kenny Dorham, Machito, Hilton Ruiz, Mc Coy Tyner, Chico O’ Farrill, Ray Barretto, Johnny Pacheco, Papo Vazquez, Arturo O’ Farrill, Ruben Blades, Bebo Valdes, Eddie Palmieri, in addition to the groups Deep Rumba, the Conga Kings in addition to the groups Rumba Club and countless others. The repertoire offers the listener a glimpse into Andy’s innermost being and reflects his diverse taste in music. Unlike the vast majority of his recordings, which feature brass and horn ensembles, Entré Colegas focuses on guitars, strings and Latin jazz with folkloric elements. Andy imagines it as, “Django Reinhardt goes to Cuba and Puerto Rico.”

The repertoire offers the listener a glimpse into Andy’s innermost being and reflects his diverse taste in music. Unlike the vast majority of his recordings, which feature brass and horn ensembles, Entre Colegas focuses on guitars, strings and Latin jazz with folkloric elements. Andy imagines it as, “Django Reinhardt goes to Cuba and Puerto Rico.”

The music conjures up the sound and spirit of the historic Cuban Jam Sessions and the impromptu descargas that took place in the basement of the Gonzalez home in the South Bronx, where Andy, Jerry and others cut their teeth under the gaze of Latin music historian Rene Lopez. 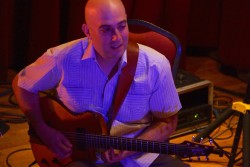 Many of the musicians who participated in the sessions have long-standing associations with Andy that go back to his childhood and early years as a fledgling musician. Others are colleagues, students and emerging artists that Andy wished to showcase, particularly, cuatro player, Orlando Santiago, who Andy cites as an inspiration and a game changer. 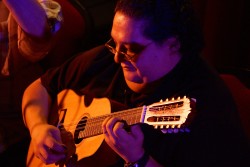 The sessions were joyful and challenging, particularly for Andy, who experienced fatigue and stiffness in his hands as a consequence of dialysis. Ben Lapidus eloquently captures the atmosphere and spirit of the sessions in the liner notes: “Once everyone was in the studio, there was no dialysis, no illness, no fatigue; there was only the creation of beautiful music.”

Entre Colegas captures Andy’s essence and creative force. Truth Revolution Records is proud to present the first recording to bear Andy’s name and invites you to join the celebration of a musical genius and a live well lived.

“There was a very positive vibe in the studio. The proof is in the music. Listen and enjoy.”
Andy Gonzalez