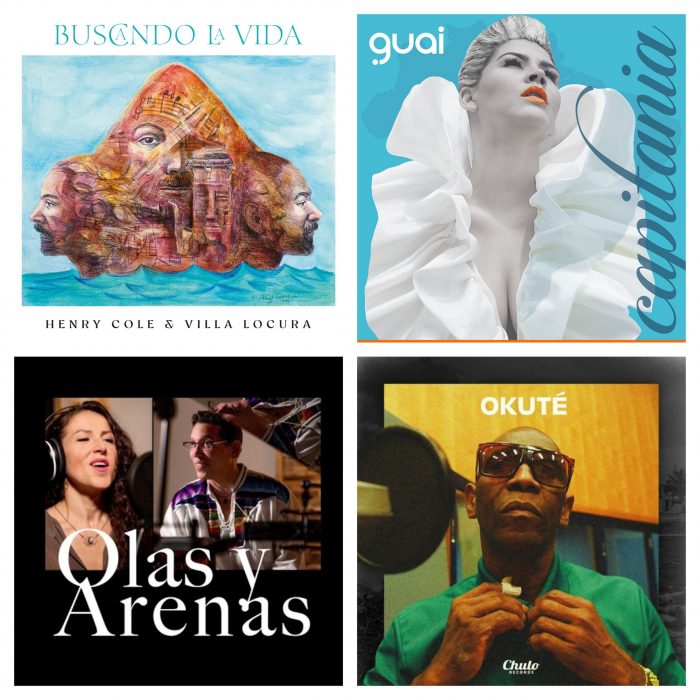 Master Puerto Rican drummer, composer, arranger Henry Cole and Villa Locura, augmented by the renowned Metropole Orkest, Antibalas frontman Duke Amayo and Negro Gonzalez, create a groundbreaking, life-affirming work that, I predict, will stand the test of time. The music is rooted in jazz but features strong funk, Afrobeat, soul, classical, and hip-hop elements, synthesized through Cole’s singular vision. Conceived and created in Puerto Rico, the music is a testament to perseverance, excellence, and teamwork during life’s most challenging moments.” TP 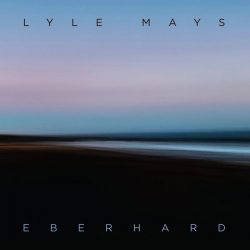 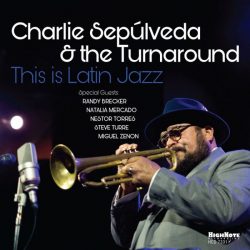 “This music by Charlie Sepúlveda has the indelible stamp of the Afro-Caribbean rhythms that makes the music he plays unique unto himself – just as it did with Machito and Mario Bauzá, Charlie and Eddie Palmieri, and Tito Puente, to name just a few musicians who have contributed enormously to making the music the force that is today. But in playing the way that he does throughout this repertoire he sends a clear message that his own enunciation of the idiom has grown to an extraordinary level so much so that it is marked by a depth; a gravitas that sets him apart from the tribe of contemporary trumpeters who continue to explore and expand the rhythmic idiom.” RG 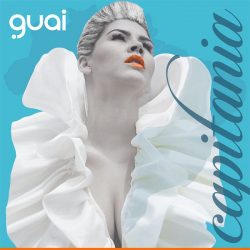 “For the Brasilian singer Guai – not nearly as known as she deserves to be – to take this repertoire – none of which she has written – and interpret it in such an eloquent, almost mystical manner, you would think that the songs have been expressly written to mirror her own life’s bitter-sweet journey. So magical is the recording, Capitania, on which she sings them. Guai’s is a voice that is fresh and youthful. She is a top-tier vocalist who conveys these songs with a measure of innocence and vulnerability, often with gloriously whisper-soft dynamics and always with a luscious palette of tones and colors.” RG 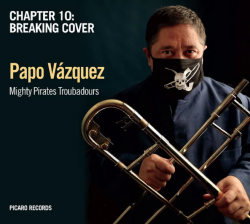 “True to form, Papo Vázquez pulls out the stops in his music, weaving the traditional with his own singular take on it all. The disc’s mambo and rumba are signature tunes, each imbued with angular melodies, couched in exquisitely cultured harmonic conceptions. Both “NY Latin Jazz” and “No Te Rindas” are also packed with surprises. Vivid colors abound. As ever Mr. Vázquez leads from the front. Most memorably, of course, Mr. Vázquez revisits the inner rhythms of his beloved bomba, plena, Cuembe, and Aguinaldo rhythms which light up the music each time he weaves the traditional Puerto Rican meters into the dancing music.” RG 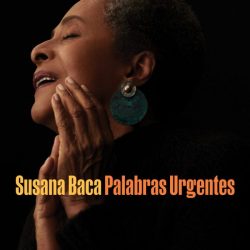 Susana Baca has recorded this album as a form of protest and to spark debate — and the listener must understand this to really understand the album — but, also, as a means to encourage us to cherish and value the time we are given and to live in the fullest sense.” (Read the full review HERE). 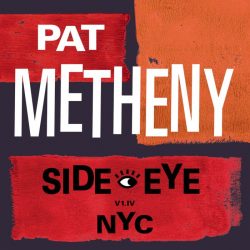 “This is a 2019 live New York recording, juggling Pat Metheny’s signature country-lilting lyricism, boppish swing, and some rousing rock-guitar muscle. On keys is the astonishing 26-year-old Houston-born jazz/R&B/hip-hop virtuoso James Francies (whose employers have ranged from saxophonist Chris Potter to Questlove), with the astutely powerful Marcus Gilmore on drums. Two extended new compositions lay jangling, running-feet electronics under typically sensuous ballad motifs, or trumpet-like synth-guitar arias, bookending Metheny classics such as the dreamy Better Days Ahead (from 1989’s Letter from Home), a stunning Francies organ break of skid-turns, swirls and squeals on the percussively bluesy Timeline, and a shapely makeover of the leader’s 1976 debut tune Bright Size Life. But the most freely spontaneous playing boils up on Ornette Coleman’s irresistibly grooving Turnaround, to the rapturous roars of the New York crowd.” THE GUARDIAN Okuté is a Cuban ensemble who – to quote their bio – is “putting the spotlight on the sounds of the 1960s Cuban with a contemporary spirit.” Okuté subverts time-worn chord progressions, jazz harmonies, and timba patterns and breathes new life into the genre with the voice, tres, and bass taking center stage. Play Okuté against Patato y Totico. It will blow your mind! TP 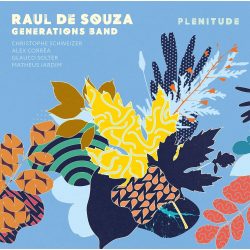 In 2017, Raul de Souza and a group of young musicians encountered one another at a jazz festival in Hamburg, Germany, and formed the Generations Band. The group toured shortly before the pandemic and lived together for several weeks before recording Plenitude (Pao Records), which consists of contemporary arrangements that breathe new life into de Souza’s early jazz, funk successes. It also includes a rework of Chico Buarque’s Apesar De Voc and several original compositions. The sound of De Souza’s gravelly voice between tunes makes the album that much more special. TP 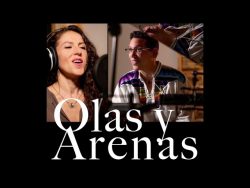 The Sylvia Rexach Project aka Olas y Arenas is the brainchild of Dr. Jose Cruz, who is also a co-founder of Jazzlatino.org. Rexach was a master Puerto Rican composer of heartfelt boleros and her style was part of the filin (feeling) in Caribbean song, which was influenced by jazz singers such as Ella Fitzgerald, Sarah Vaughn, and Nat King Cole, among others. The Cuban pianist, arranger, Pepe Rivero, and his Latin Jazz trio are joined by the singer, Ángela Cervantes, who does a marvelous job of interpreting Sylvia Rexach’s compositions. The repertoire and the production are exquisite!