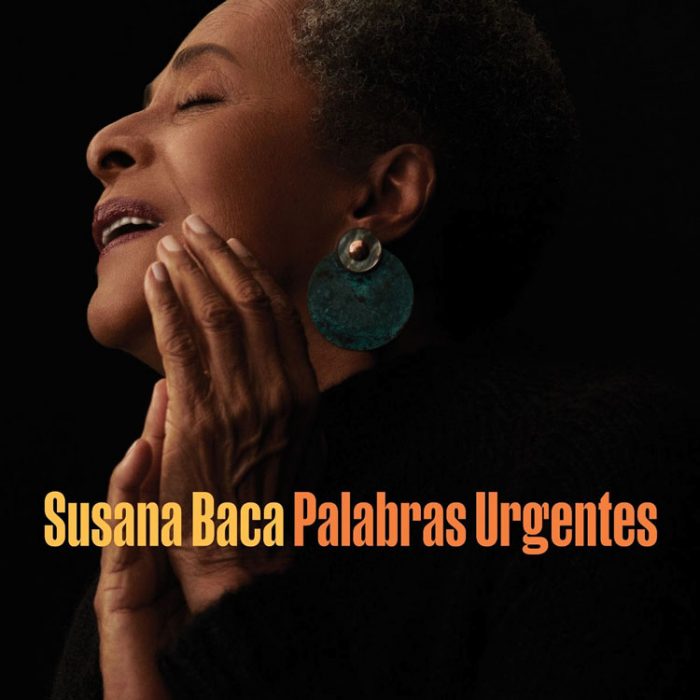 FOR IMMEDIATE RELEASE  – PALABRAS URGENTES, forthcoming on Real World Records, marks the 50th year of Susana Baca’s extraordinary musical career. With an illustrious life spanning music, teaching, and politics from multiple GRAMMY Awards to becoming Peru’s first black cabinet minister and holding the post of Minister of Culture, Palabras Urgentes is the nexus of all Susana’s experiences and, at the age of 76, is the album she always wanted to create.

Translated as Urgent Truths, the album was recorded as a form of protest, to spark debate and intended to take on today’s difficult times. It is the combination of the music’s beauty and the urgency of the lyrics that makes Palabras Urgentes so compelling.

On July 30, Susana releases the lead single from the album titled “La Herida Oscura,” a homage to Micaela Bastidas, the guerrilla leader and one of the most courageous women of Peru’s independence. This year marks the 200th anniversary of Peru’s independence and “La Herida Oscura” pays tribute to Bastidas as a central figure in its accomplishment. Susana’s great friend Chabuca Granda, was inspired by the leader and wrote this song in tribute to Micaela, entrusting it to Susana to sing.

Susana passionately adds, “I sing La Herida Oscura almost as if it were a secret, with the same intensity and love towards our history, I sing this song and will continue to sing it…every bit of rhythm can be found here, no words are missing.”

Recorded in Cañete, a small town located 150 kilometers from Peru’s capital, Lima, Palabras Urgentes is a collection of 10 songs, each song its own individual chapter of an all-encompassing narrative, taking the listener on a journey through a unique musical reflection on the traditions of Peru. Susana touches on subjects surrounding feminism, liberty, and education, and reflects on personal stories taking the listener on a journey that invokes romance, sorrow, strength, and hope.

The album is given added life by the presence and support of GRAMMY award-winning multi-instrumentalist and bandleader of the emblematic New York band Snarky Puppy, Michael League. The producer has challenged Susana and the musician’s approach to making music and bought a new perspective to creating the album, his productions bring a universal and contemporary sound to the album. Susana Baca became aware of Michael League when she discovered a group of young students from the University of North Texas, College of Music who were singing, playing, and taking inspiration from her work and assembling a repertoire of songs. One of them was League, who in 2015 came down to Lima Peru with his band Snarky Puppy.

Susana explains, “During the visit, he invited me to participate in the album Family Dinner. Contributing to the album, and singing with him, made us more than just close friends, we became family. Quite soon after, I invited Michael to produce one of my albums and he accepted, and so in 2018, he, Jeff Coffin (saxophonist), and Fab Dupont (audio engineer) came to Lima. They stayed at my house for 10 days and during this time, and accompanied by other musicians, we undertook a wonderful journey. Palabras Urgentes simply came to be. It came to be thanks to its rebelliousness and the eclectic nature of its sounds.”

Palabras Urgentes’ message is strong and it uses the most powerful weapon to fight injustice: Knowledge.

Susana Baca reflects, “With my own spirit and the hearts and talent of all those who have contributed, we offer this album as a renewal of our traditional music. I hope those listening to this album feel both love for life and a love for living truthfully.”