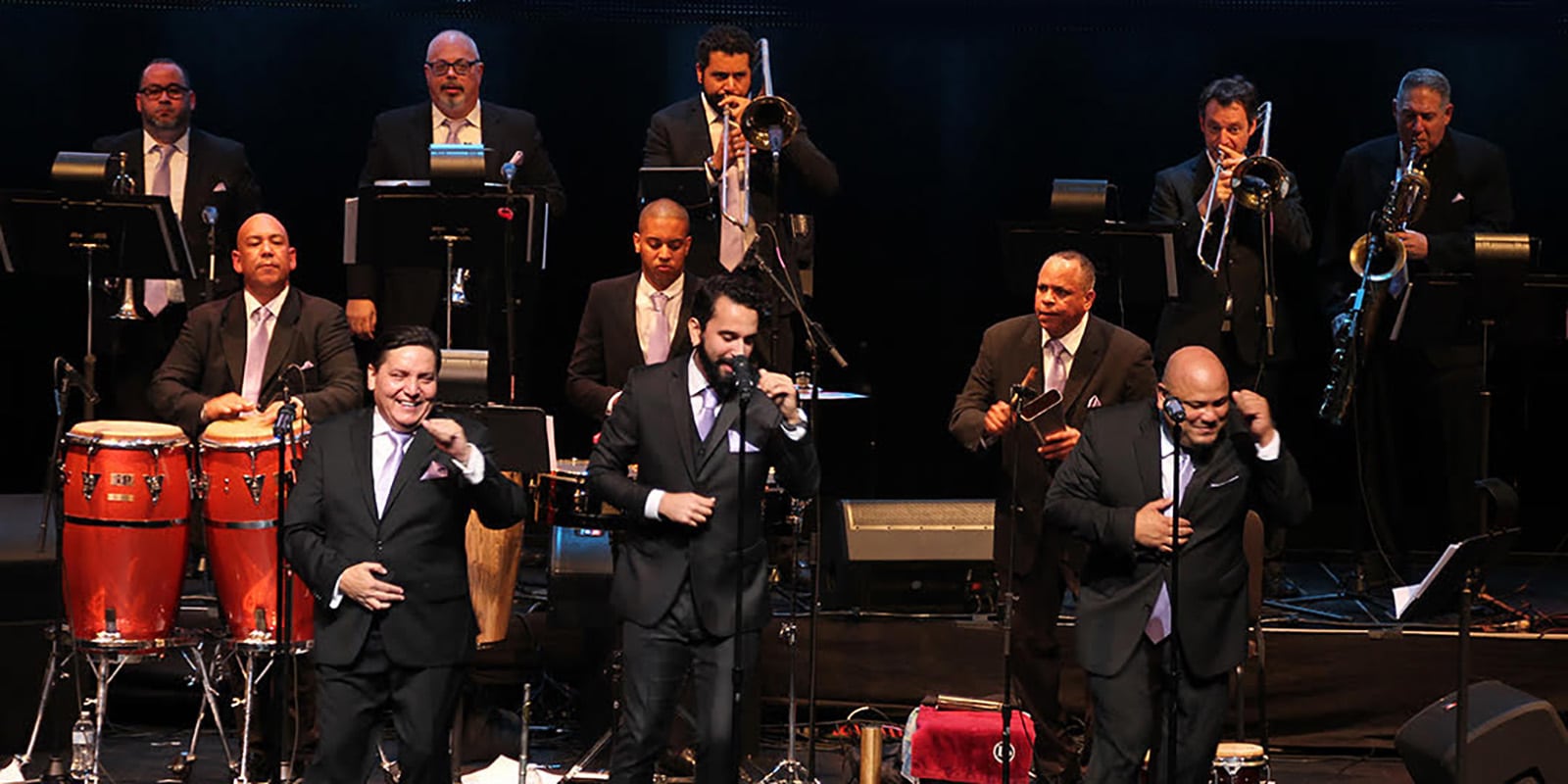 The title track is a nod to the iconic Conjunto Libre, which pianist, leader, composer, and arranger Oscar Hernández cited as “one of the great bands of our music” and a primary influence. The tune originally appeared on Conjunto Libre’s Tiene Calidad (Salsoul Records, 1978).

Judging by the turnout, the audience was as thirsty for music as the orchestra was eager to return to the stage. The first half featured selections from Imágenes Latinas including La Orquesta del Barrio, La Music Latina, Vestido de Flores, De Ti Para Mi, Sentimiento y Son, Como Te Amor, Mambo 2021 and Imagines Latinas.

I was particularly impressed with the show’s second half, which featured SHO backing up the iconic Cuban reed player and 14-time Grammy winner, Paquito D’ Rivera. The maestro performed four tunes from his repertoire including Invitation, Cicuta Title, I Remember Diz and Rumba Urbana and received a well-deserved standing ovation.

Veteran sooner, consummate showman, alumni of the “school” of Manny Oquendo and lead singer for Eddie Palmieri’s Salsa Orchestra, Herman Olivera took the audience by storm. The show closed with the songs La Musica Es Mi Vida, Alivia Mis Penas, and Ahora Is and all hands on deck.

On a personal note, I got a kick out of watching Paquito mimic SHO’s choreography. Though he didn’t succeed, the maestro gets an “A” for effort.

Suffice it to say; the sold-out event was historic. Put another way, what is the likelihood of seeing The Spanish Harlem Orchestra, Paquito D’Rivera and Herman Olivera on the same stage, again? Slim to none!

Regrettably, the event was marred by uneven sound and distracting lighting. Nevertheless, the music prevailed!

And speaking of making history, the same evening, Papo Lucca and La Sonora Ponceña and guests Yolanda Rivera and “Mayito” Rivera (of Los Van Van) held court at Lehman Center for the Performing Arts (I hate when that happens!). By all accounts, the event was a smashing success.

Music-wise, the summer of 2022 is shaping up to be as “normal” as can be expected, given the circumstances. Nevertheless, COVID rates in New York City and New Jersey are rising. Enjoy the music and stay safe!