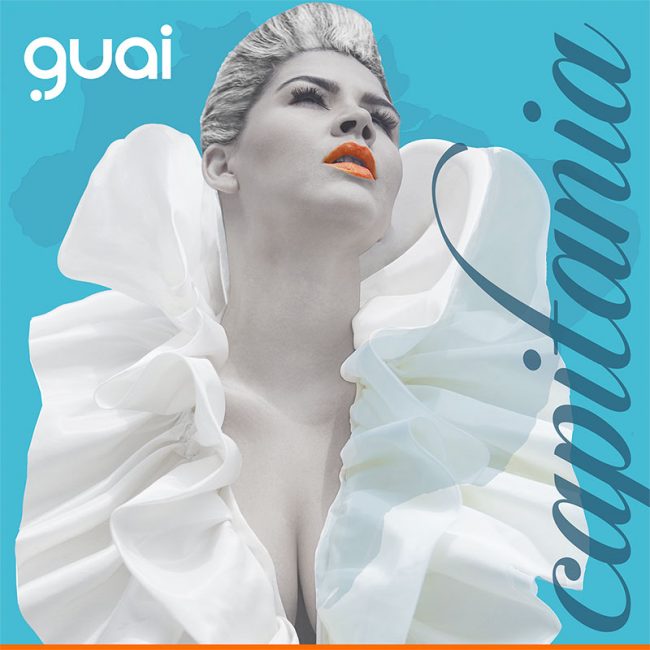 In 2017, the Brazilian vocalist, composer GUAI migrated from Salvador, Brazil, to Lisbon, Portugal, in search of greater artistic freedom and fame Shortly after that, she released her debut album titled DAMA DE PAUS (Queen of Clubs), which proclaimed her arrival, turned a lot of heads, garnered superb international reviews, and received high praise from some of Brazil’s most iconic artists.

Recently, Guai released CAPITANIA, a semi-autobiographical work that follows the singer, songwriter on a cruise into the unknown. “In my deepest time, I thought I’d never make it,” writes Guai, but I resisted and kept on trying. Good winds came with brighter skies, filling my soul with joy and hope again.”

GUAI is part of a new wave of multi-talented Brazilian singers and songwriters whose artistry and vision defies typical categories. She is the daughter of a pianist father and a vocalist mother and was exposed to a broad variety of music at an early age. Her influences include Elis Regina to Sarah Vaughn, Frank Sinatra, Carmen Miranda, Cesar Camargo Mariano, John Coltrane, and Rock n’ Roll.

With the exception of the tune, Depois de Temporais (After the Storm), the repertoire is performed in Portuguese but, whether you’re fluent or not, GUAI’S captivating voice will guide, uplift, and remind you, “We are the Captain’s of our ship. Just take control of it, let love lead the way, and keep the faith.”

CAPITANIA is the second Brazilian recording that has earned a place on my list of Favorite Recordings of 2021. The other is RAUL DE SOUZA’S PLENITUDE which you can read about HERE.

CAPITANIA is produced by GUAI, Nema Antunes, and co-produced by Telefunksoul. It’s available on all digital platforms. I highly recommend it!