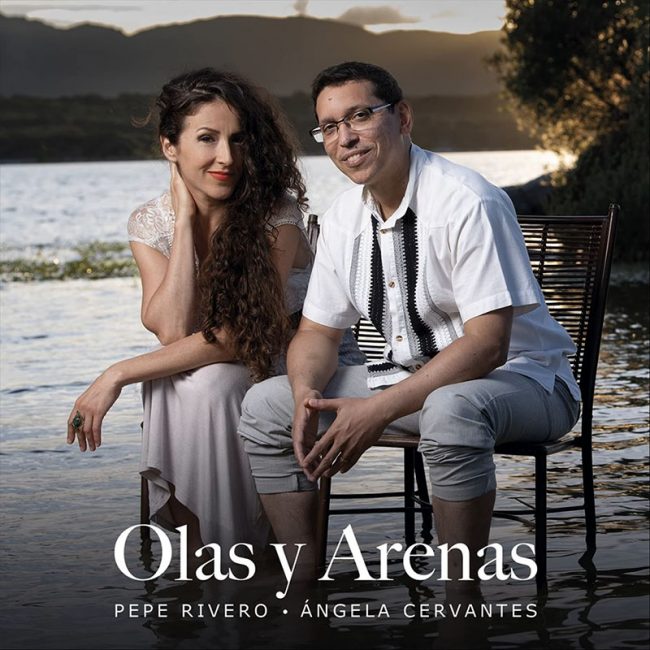 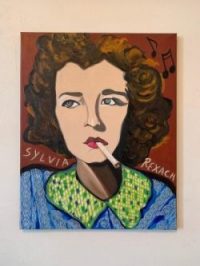 The production of Olas y Arenas began in the summer of 2019 and now, in November of 2021, it has come to fruition. The CD is out and a debut concert was held on November 23, 2021, in Madrid, to great critical acclaim.

The production was intense with joy and shades of melancholy. Making it was like reliving the happiness and sadness of a love lost, turbulent and tender, frightening and exciting. Each song is a moment in a journey full of fever and resignation, of passion and disillusion. They all take us to the same place, to that region where we go to think about romantic failure, about sadness and hopelessness, while at the same time we recover, even if for an instant, the sweetness of a happy and enchanted past.

The stories Sylvia Rexach tells in her songs are universal. Not all of us have had each of the experiences that she captures with great sensibility in her work but I am sure that we all have lived one or another of the moments of romance and sadness that reside in her songs. Olas y Arenas captures the romantic feelings that we all have felt in our own way. The details may be singular but the “filin” is universal.

Who has not lamented leaving a lover only to realize that it was a mistake? Who has not said with a mix of resignation and resentment after being left: “I pity your nights if you try to use them to forget me?” Not everyone has the requisite sensibility to feel regret for romantic blunders or the disposition to experience the catharsis of revenge against a hurtful lover. Yet, I am sure that many listeners will recognize themselves when they hear the songs that Rexach used to express such romantic feelings so masterfully.

Rexach’s essential message is that “a sad caravan of memories” can be the prelude to an “invasion of tenderness” that brings a dear love back. And, despite the melancholy that permeates her songs, of the emotional anguish they recall, of the “traces of nostalgia” that are part of their profile, one thing is certain: not all is lost so long as we have the capacity to dream. That has been the north star of the project. As a woman and artist, Rexach transcended borders so it is fitting that the production was executed by a Cuban, Spaniard, Iranian, North American, and Puerto Rican team. The warm and enthusiastic endorsement from the renowned Boricua singer Danny Rivera has given a touch of magic to the production and fills us with gratitude and pride.

As Rexach said in one of her columns for the Diario de Puerto Rico when reflecting on the eternity of music: “Music lives in the breeze, in the sea, in nature, in the rivers, trembling in the swaying of the leaves, on the radios, in the clubs, in the jukeboxes […]. Performers die and are buried, but the music remains for other performers to be born and the songs to be sung again….”

Thus, close to Rexach’s centenary (1922-2022), we have Pepe Rivero and Ángela Cervantes, new interpreters who take up and transform the music that Rexach left us. The time to listen is now!