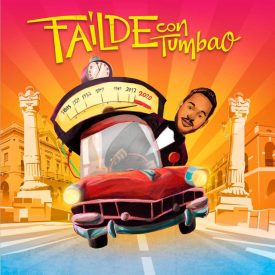 According to Ethiel Failde, musical director and a descendant of Miguel Failde (1852-1921), the creator of the danzón, Cuba’s national dance, the production demonstrates the depth and breadth of the genre and the orchestra’s style.

Also, Tumbao includes the premiere of the composition, Nievecita, composed by Miguel Failde in 1883. During his lifetime Failde composed more than 140 compositions. As its heir, Ethiel feels it his duty to bring the works to the ears of a new century. While conducting the research, Failde as if his ancestors were speaking to him and asking him to present their works to the world. “From one Failde to another,” said Miguel Failde, “this is my challenge for you.'”

Another challenge was how to orchestrate the material. As he went through the paces, the question became whether or not to “tinker” with the arrangements or respect tradition. In the end, he chose to respect tradition.

Most of the album was recorded at Egrem Studios 18, in Havana, between October 2019 and January of this year. Also, it was mixed and mastered in New York.

The group recently released an animated video that follows the group as they travel through time and learn the secrets of Cuban music from masters such as Benny Moré, Arsenio Rodríguez, and Juan Formell, among others.

The orchestra continues to record unpublished works by Miguel Failde and Aniceto Diaz. Also, a documentary about the history of the danzon is in the works.

FAILDE CON TUMBAO is available on all digital platforms.