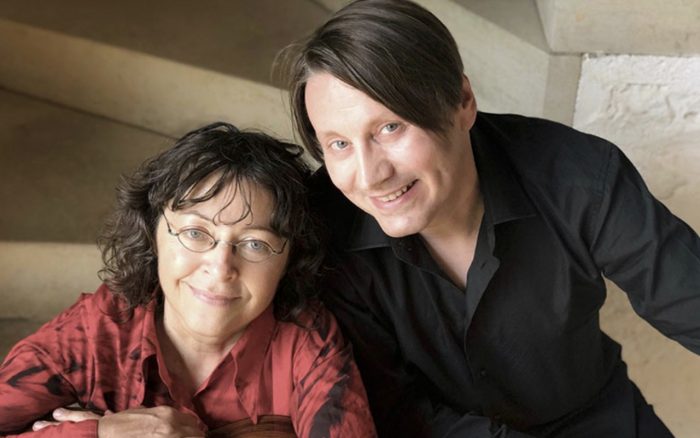 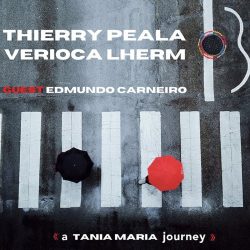 This debut album brings together Thierry Peala and Verioca Lherm celebrating the music of composer-pianist-singer, Tania Maria. The duo was keen to share their passion for the Brazilian jazz icon, who is thrilled with their interpretations of her compositions.

Thierry is a recognized vocalist in the world of contemporary jazz (Norma Winstone, Kenny Wheeler, Bruno Angelini, Riccardo del Fra, Francesco Bearzatti). Verioca is one of the most appreciated French artists in Brazilian popular music (Joyce, Egberto Gismonti, Guinga, Eduardo Gudin, the Aurelie & Verioca duo). As fate would have it, the two artists were in the running to perform in Tania’s concert in Paris at the Olympia Hall in February 2001. But, for production reasons, Verioca was selected. Thierry and Verioca met backstage and, against the odds, became the best of friends. The incident paved the way for their collaboration as a duo!

20 years later, the artists decided to pay tribute to Tania, choosing thirteen of the pianist’s most emblematic titles and rearranging them for two voices and guitar. Six of the pieces include the magical presence of percussionist Edmundo Carneiro, a fellow traveler of Tania’s for over 25 years.

The challenge was to transpose Tania’s essentially pianistic music onto the guitar and add our personal touch. For this recording, Verioca chose an aesthetic close to that of Joao Bosco, and leaves plenty of room for spontaneity and the pleasures of shared improvisation, as they do in live concerts.

Tania, with her natural talent to express her musical inspirations simultaneously on the keyboard and vocally, points the way to freedom, and her music, which transcends all styles, holds the keys to happiness. Happily, Thierry Peala and Verioca Lherm decided to revisit the themes that have traveled with them for many years! A brief voyage rhythmed by her music… “A Tania Maria Journey”