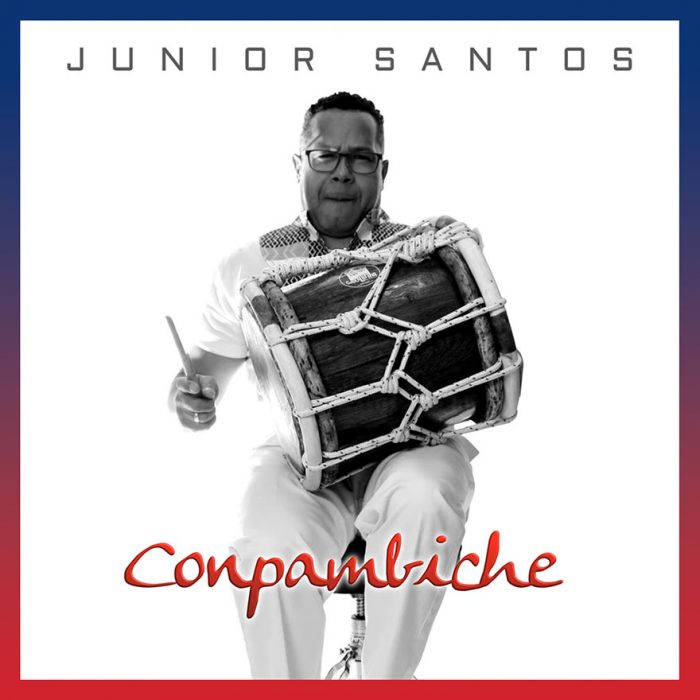 Meet master percussionist JUNIOR SANTOS and his debut recording CONPAMBICHE, a fresh, exciting fusion of Afro-Cuban, Afro-Dominican rhythms, and North American Jazz. Compambiche. As the title implies, Santos showcases the Dominican dance rhythm PAMBICHE, derived from merengue tipico (typical merengue) but whose rhythm is slower and based on the cinquillo, a Cuban/Caribbean rhythm used in Cuban contradanza and danzon.

Santos is a graduate of the Academy of Music in Puerto Plata, where he learned Music Theory, how to read music and play percussion. He cites Afro-Dominican and Afro-Cuban music and drummer, Steve Gadd, pianist Chick Corea, The Yellowjackets and Spyro Gyra as significant influences.

In 1989, Santos relocated to Toronto, Canada, where he attended the music program at Humber College and performs as a freelance musician with various Canadian artists including Laura Fernandez, Joaquin Nunez Hidalgo, Zeynep Ozbilen, Roberto Linares Brown, Kalabash, and several other Latin-influenced bands throughout Canada and abroad.

In 2017 and 2019, Santos was awarded two OAC grants to produce his first full-length original CD, featuring the genres that have influenced his music, blending Dominican rhythms with contemporary jazz fusion.

Santos has performed with many influential bands and artists on the Toronto music scene. Some of his early performances were with Memo Acevedo and at the Montreal Jazz Festival. Recorded with Rick Lazar of Montuno Police and other renowned musicians. In 1991, Santos cofounded “DOMINICANADA,” the first Merengue band in Toronto to achieve popularity among Canada’s Latin dance communities.