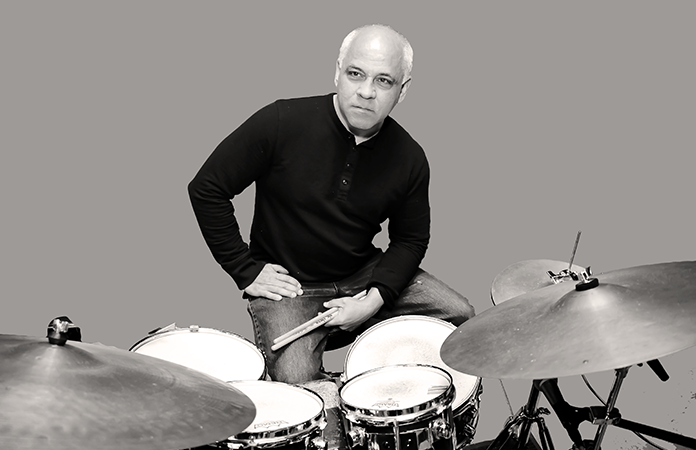 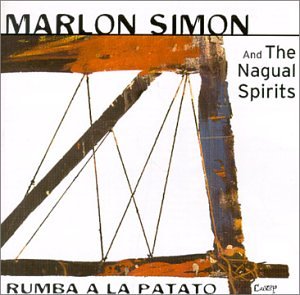 There are many reasons why it is a remarkable travesty of justice that the celebrated Venezuelan drummer and percussionist, Marlon Simon, has had to resort to working a day job to get by – even whilst living in a country such as the United States of America. This is despite his prodigious genius as a drummer and percussionist as well as a composer and pedagogue. Mr. Simon is the eldest son of the polymath and philosopher Hadsy Simon and brother of pianist Edward and trumpeter Michael, both of whom can also be heard on this album, Rumba a la Patato, one that he plays with his seminal Afro-Caribbean ensemble The Nagual Spirits.

But the time has come for Mr. Simon to come back to the musical scene, with new ideas and projects, with renewed energy and commitment to his primary artistic profession, to his purpose in life as a dedicated performer and educator. And it is with great excitement that we announce today the revival of Marlon Simon and The Nagual Spirits.

Mr. Simon has done much more than to take inspiration from the anthropologist and writer, Carlos Castañeda’s “Nagual” philosophy as espoused through his character and mentor, the Yaqui sorcerer Don Juan Matus in his Ways of Seeing trilogy. He has relocated the way of The Nagual Spirit to the landscape of music. And so in keeping with the teachings of Don Juan Mr Simon’s music with his “(The) Nagual Spirits” is a sonic rendering of what it means to arrive an elevated sense of being; a sort of musical awakening into a rarefied realm so mystical that Mr Simon and those who play his music become at once entranced in a state of mind that he (Carlos Castañeda) calls “total freedom” and which the Yaqui shaman used to create “springboards into new horizons of cognition”.

In Mr. Simon’s music – especially this repertoire that is created in praise of the great Afro-Cuban percussionist, Carlos “Patato” Valdés – this results in a ravishing elliptical groove that reverberates throughout the music. It is largely created and sustained by the mesmerizing rhythms of the traditional Afro-Caribbean percussion and the Afro-American drumset. It isn’t, however, the kind of Afro-Cuban – the Yoruba rhythmic code – the “clave” that one might be used to from Latin-Jazz. The music breaks free of the regular beat and pulse cycles, sometimes drifting dreamily as if propelled by an invisible mysticism heralded by the shimmering cymbals impelled by pyro-technical drumming by Mr. Simon and his percussionist, fellow-Venezuelan, Roberto Quintero.

The music attempts – rather successfully – to also present the spirit of Jazz in a new, “nagual” light. The magical pulsation of “Songo pa’ Monk” is a classic example of this relocation of the “nagual” spirit to the music. It’s as if Mr. Simon and the musicians of The Nagual Spirits are communicating with each other as well as in the inside of the listener’s mind on an alternate sonic frequency. The music is also playful in all its diabolical complexity and “Sandra Malandra” is an exquisite example of this puckishness. There are also, however, examples of Mr. Simon’s gift for expressing great tenderness in song. One can hear this particularly in the elegiac “Erika”, which is dedicated to his departed daughter, as well as in “Something for Carol”.

The Nagual Spirits is – at its core – made up of Mr. Simon’s two brothers, Mr. Quintero and Peter Brainin. On this occasion, Mr. Simon is joined by the majestic Bobby Watson, Brian Lynch, the Venezuelan-born, US-based pianist Luis Perdomo and the great Andy González, who shares the bassist’s chair with John Benitez. Together the musicians take flight, guided at all times by the soaring “nagual” spirit of their high-priest Marlon Simon who leads the music into a rarefied realm while paying homage to one of the most celebrated ancestors with a repertoire of mystical beauty on Rumba a la Patato.