Home Reviews Live at the Blue Note – Conrad Herwig and the Latin Side... 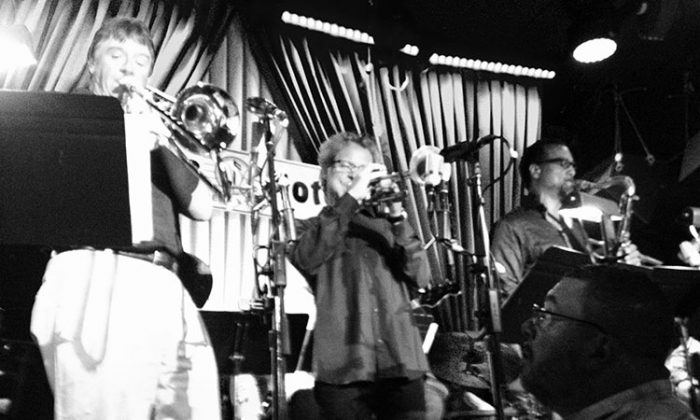 Conrad Herwig is no stranger to reimagining the works of seminal musicians and showcasing their “Latin Side.” On the surface, the concept sounds formulaic but in Herwig’s capable hands, the material and the execution sound fresh and true to the source. 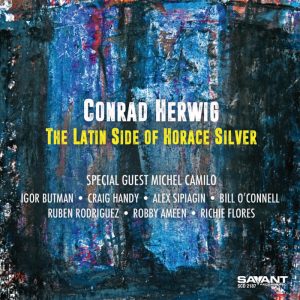 At The Blue Note (NYC), the band paid a fitting tribute to jazz icon Horace Silver, whose “greatest hits” dominated the repertoire. Not surprisingly, Herwig and his bandmates put their unique spin on Horace’s compositions and included several surprises

The band opened with Cape Verdean Blues, a tune Silver composed for his Cape Verdean father, John Tavares Silva. Its lively Latin rhythms and calypso melodies conjured up visions of the islands and heralded the shape of things to come.

Herwig is an engaging speaker. Also, having played with Silver at his last performance at the Blue Note, he knows what he speaks. Between tunes, he shared Horace Silver anecdotes and affectionately described him as a “funkster” and “founding father of Soul Jazz.”

Silver’s Serenade is another classic. Also, it’s a tune I associate with the Bronx Horns, who explored Silver’s Latin Side in 1998 with the album, “The Silver in the Bronx Horns.”

The tune, Filthy Mc Nasty is indicative of Silver’s funkier side. The rhythms are raucous, danceable, and fun. Also, the tune is a perfect vehicle for the group, who enjoyed playing the tune as much as the audience enjoyed listening.

Silver composed Nica’s Dream for Baroness Pannonica de Koenigswarter, a staunch patron of bebop and a close, friend to Silver, Charlie Parker, and Thelonious Monk among others. Over the years, the tune has been covered extensively but the band breathed new life into it.

The surprise of the evening was “secret weapons,” Bill O’Connell – who performed the first half – and Michel Camilo. Their styles are a study in contrast and it was a rare treat to see the maestros share the stage.

Anyone who has had the pleasure of seeing the pianist, Michel Camilo perform knows he is a force of nature. He proved as much when he sat in with the band for God’s of the Yoruba, a 3-part suite that Silver composed and dedicated to “the Africans and their spiritual evolution.” The powerful arrangement and the intense exchange between the players and Camilo caused a seismic shift that lifted the room off its axis.

Silver’s most popular tune, Song For My Father took the vibe down a notch but before the audience could catch their breath, the band countered with “Nutville,” a swinging and upbeat tune that left the audience wanting more.

In all, it was a heartfelt tribute. Also, those who are not familiar with Silver’s music left the room with a better understanding of why his legacy is so enduring.