Home Reviews Jane Bunnett and Maqueque at the SideDoor 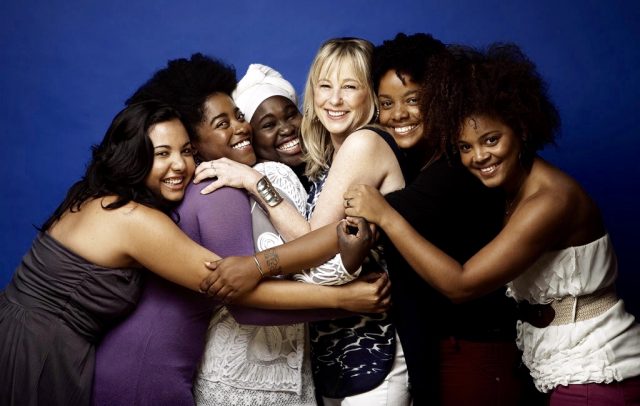 Saxophonist, flutist, and five-time Juno Winner, Jane Bunnett and the all-female lineup of Cuban musicians – MAQUEQUE – performed selections from the award-winning self-titled CD at the Side Door Jazz Club in Old Lyme, Connecticut.

Over two lively sets, Maqueque, which means “the spirit and energy of a young girl,” captivated the audience with their joyous fusion of Afro-Cuban rhythms, jazz, and soul.

Bunnett’s admiration and respect for Cuban music and culture date back to 1982 when she and her husband, trumpeter, producer Larry Cramer visited the island on a lark.

Since then, the couple has become intimately involved with Cuba and have sponsored and introduced Cuban artists, such as Dafnis Prieto, Pedrito Martinez, Yosvany Terry, Yunior Terry and David Virelles to American audiences.

Despite the ongoing trials and tribulations surround arranging tours and obtaining Visa’s Bunnett and Cramer are undaunted. “This is the first time I reached out to women,” says Bunnett, “to give them an opportunity. It did seem ‘chance’ because a few of them were not quite there yet!”

Not so at the Side Door, where the group seamlessly performed selections from Maqueque (the album) and apparently, had a lot of fun. One highlight of the evening was the group’s interpretation of Bill Wither’s classic, Ain’t No Sunshine, the upbeat Tormenta and a new work, appropriately titled, New Song.

The icing on the cake was the atmosphere at the Side Door, courtesy of proprietor Ken Kitchings, who restored the Old Lyme Inn to its former glory in 2013 and founded the jazz club of his dreams when he discovered an unused side door, which (today) leads to an intimate, elegant, acoustically perfect room, where he proudly welcomes established and emerging artists to appreciative audiences.

It’s worth noting that Maqueque transcends the word, “band.” Besides being a tight, swinging unit it represents increased possibilities for female musicians in a male-dominated industry and freedom in the music.