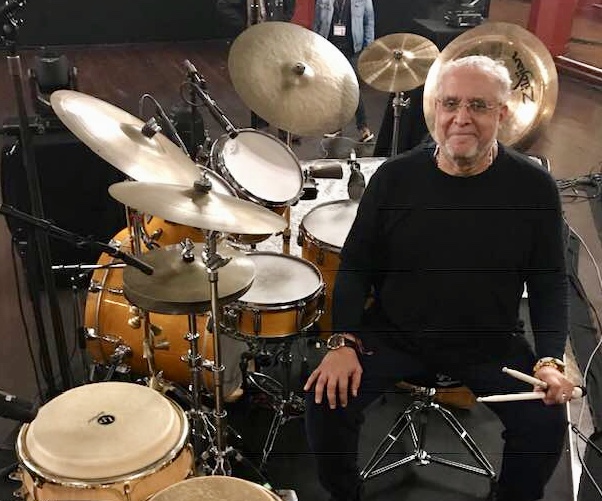 The multi-talented Afro-Latin American drummer, composer, bandleader, visionary Francisco Mora Catlett is not a stranger to the art of reinvention. From 1973 to 1980 he rode the spaceways with Sun Ra’s Arkestra, performed with Max Roach’s percussion ensemble, M’Boom, collaborated with the Detroit techno producer, Craig Taborn, toured with the Freedom Jazz Trio, and commandeered the groundbreaking group, AfroHorn. Recently, amid the pandemic, Francisco took another significant step in his musical evolution.

Not long ago I received an email from Francisco, declaring, “Different, uh? But Miles went Electric, and Sun Ra was in electronic music way before 1958. I’m back in college at my Alma Mater, Berklee College in Boston, taking an online course on Composing and Producing Electronic Music.” Attached to the email was an (mp3) advance copy of Electric Worlds (AACE Records) which I’ve been “decoding” and enjoying ever since.

Interestingly, but not surprising, it was Sun Ra, the father of Afrofuturism and the inventor of the sun harp, the space organ, and the cosmic drum who encouraged Francisco to explore the art of electronica.

Electric Worlds follows the thread that runs through all of Francisco Mora Catlett’s music: African music and a continuation of his mother, the Afro-Mexican sculptor, printmaker, Elizabeth Catlett’s legacy. “Electric Worlds is Futuristic Black Music,” says Francisco. “Indeed it is ahead of its time, but if you listen, you will also hear the most ancient African rhythms in a new form. They have been preserved and are an inseparable part of the Continuum.”

My experience with Catlett’s music began with AfroHorn. More specifically the 2 CD-set, AfroHorn MX (AACE Records, 2012). Which, in turn, led me to the writings of Henry Dumas (1934-1968) and the short story, Will the Circle Be Unbroken, which is essential to understanding AfroHorn’s genesis and mission. Later, I discovered the albums Mora!, World Trade Music, Outerzone, River Run, and The Freedom Jazz Trio among others.

Electric Worlds is a different medium for Catlett but at the end of the day it’s about artistic freedom. “Music is about freedom, that’s what it proposes, that’s why it’s so popular and that’s why people love it,” said Francisco when I interviewed him in 2013. “And it’s not freedom that comes without discipline. Having had the great fortune to work with giants like Sun Ra and Max Roach taught me that cultural continuity, vision, and perseverance, are essential to maintain the expressivity of an art form.” 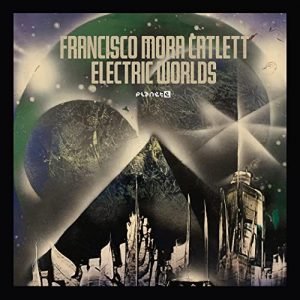