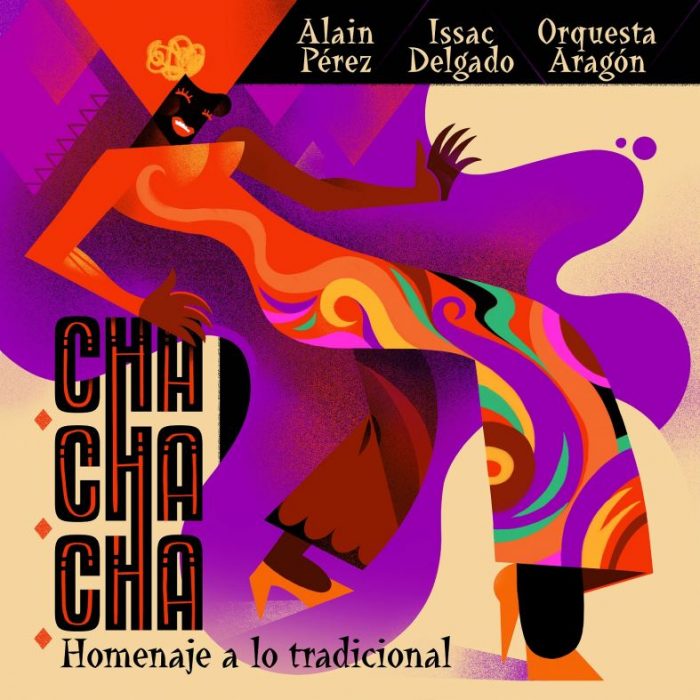 To the rhythm of cha cha chá comes a new album by Alain Pérez, Issac Delgado and Orquesta Aragón.

On May 21, 2021, the EGREM in collaboration with El Cerrito Records, released the album Cha cha chá: Homenaje a lo tradicional. “A highly desired album, a unique experience; creating songs and sharing with the most important charanga band on the planet with the rhythm of cha cha chá, is something that does not fit on one label,” this is how the singer and composer Issac Delgado defines the phonographic project that is already available on all digital platforms.

Cha cha chá: Homenaje a lo tradicional, is a production that compiles eight songs, with the signatures of Alain Pérez, his father Gradelio Pérez and Issac Delgado. It also includes a new arrangement of the famous “Tema Aragón” created by Enrique Jorrín and which has served as an opening for the most popular Cuban charangas in concerts and albums.

The Aragón is, for the purposes of this project, a horizon to be revered and the best summary of the identity of the charanga; dialoguing with the creative universe of Alain Pérez, who created all the arrangements, and Issac Delgado, also a musical director of this phonogram. The album is a tribute to the orchestra and Rafael Lay, as well as a strive to dress this famous rhythm that has been around the world.

As stated in the title, the cha cha chá predominates, in its pure state or fused with sones and boleros. The sound of the charanga gives unity and meaning to this plate with a highlight of the flute, güiro, and strings. The timbres and the singing of Alain and Issac alternate with the choirs embroidered in the Aragon style of a lifetime, that is, male voices that sing in unison.

The album recorded between August and November 2020 at EGREM Studios 18 in Havana, was mixed and mastered by El Cerrito Records in California. As a special guest in this album, we have Orlando Valle “Maraca,” who according to Richard Egües himself, is the most complete flute player in Cuba.

The cha cha chá is one of the emblems of Cuban music in front of the world. Its commercial explosion occurred in the 50s of the last century, and since then La Aragón has been the foremost reference in the stylization and diffusion of this rhythm.

To listen and download the album Cha cha chá: Homenaje a lo tradicional by Alain Pérez, Issac Delgado and Orquesta Aragón, you can go to Spotify, Apple, Deezer, Amazon, or other music platforms of your choice.