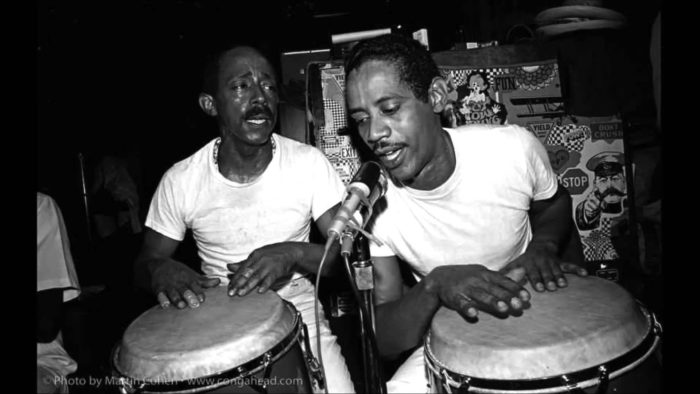 “We wanted to capture the essence of the streets with something new,” said Patato in a 2007 interview with Latin Beat magazine, “so we added the tres and the bass, an idea that would be picked up later by Los Papines. We wanted it to be danceable and with musical variation, and believe it or not, now after close to thirty years it’s still selling.”

The “variation” was the inclusion of the bassist, Israel “Cachao” Lopez, a founding father of the mambo, and the tresero Arsenio Rodriguez, the granddaddy of Afro-Cuban music. 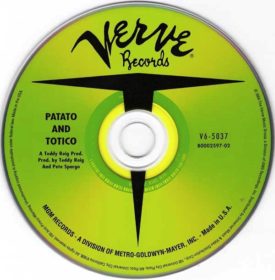 The result was a groundbreaking mixture of street songs, Lucumi music, and Abakuá chants that became a “national hymn” for emerging Nuyorican rumberos who had limited access to traditional rumba and learned mainly by studying popular records such as Alberto Zaya’s Afro-Cubano (1955-1956); Tambores y Cantos (1955); Yambu: Mongo Santamaria y Sus Ritmos Afro Cubanos (1958) and Mongo Santamaria’s Afro Roots (1958). The recordings allowed them to improve their rumba skills in their homes, in public parks, beaches, and neighborhood street corners.

Singer, composer, percussionist, bandleader Henry Fiol recalls: “When I was learning to play conga in the late ‘60s, participating in the rumbas which were common then, in the neighborhood, in the park, or at the beach … this was the record. All the rumberos knew it, and I had most of it memorized and under the cap as well – especially Totico’s vocals. It’s not pure rumba because it beefed up with Arsenio Rodriguez’s tres and Cachao’s bass, but it can be considered one of the best recordings of the genre.”

In the book, Voice of the Leopard – African Secret Societies and Cuba (University Press, 2008) author Ivor Miller reveals the story behind the tune, Nuestro Barrio (Our Barrio).

“In the 1960s in New York City, Cuban musicians ‘Patato’ and ‘Totico’ recorded a rumba that illustrates the ties between the comparsa and Havana barrios. The lyrics of Nuestro Barrio begin with …”

Jesus Maria, Belen, Los Sitios Asere
Are three hearts in one
That will always be united
In the bonds of friendship
That unites us with sincerity
Listen my barrio Los Sitios
has a hell of a collective feeling

“As the story goes, in the early twentieth century three comparsa troupes – The Dandys of Belen, The Gardeners of Jesus Maria, and Las Bolleras of Los Sitios – spontaneously encountered one another at an intersection in Los Sitios. While the lyrics speak of unity, the context was one of great tension, because of the comparsas, representing their barrio territories and Abakuá lodges, was in the heat of competitive performance. An inspired poet resolved the situation by improvising the lyrics of the song and calming the situation. Following protocols of respect in all African-derived systems, the eldest comparsa left first, then the next in age, and finally The Gardeners.”

Patato & Totico is a seminal recording; a classic and a sought-after collector’s item. Though “purists” question its deviation from the traditional rumba format, many argue it is the best rumba record ever made! Without question, it captures the sights and sounds of a bygone era. Also, it’s required listening for anyone who is interested in the development of Cuban music in the United States.

Another seminal album, Totico y sus Rumberos (1982) extends the model of Patato & Totico, with the Cuban percussionist Orlando (Puntilla) Rios and a younger generation of rumberos.

Another classic recording is Max Roach’s Percussion Bittersweet, where the music works within the jazz idiom and combines modern jazz improvisation with African rhythmic elements. Patato and Totico appear on the compositions: Garvey’s Ghost, Tender Warriors, and Man from South Africa.