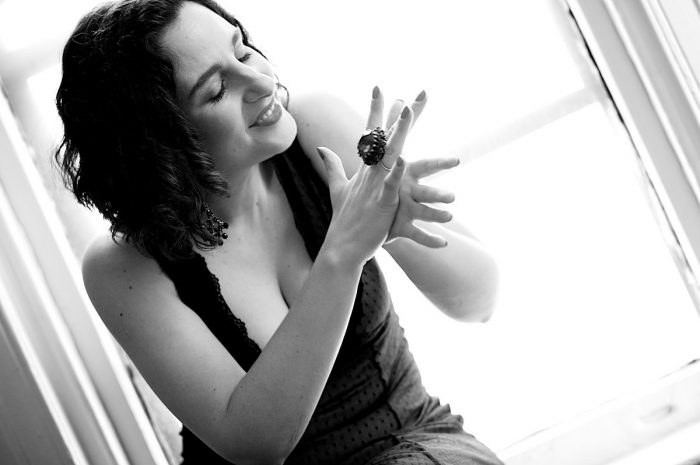 On Wednesday, November 16, 2016, World Music Boutique Productions and The Jazz Standard presented the third edition of The Flame Festival, the first and only Festival in the U.S. that showcases the fusion of Jazz and Flamenco.

The Festival transports the “conversation” between Flamenco and Jazz – which has been happening in Spain for decades – to our shores. Also, it creates a platform for local artists and introduces the concept to new audiences through yearly live performances.

The repertoire included a Spanish interpretation of You Don’t Know What Love is (inspired by Shirley Horn), an exciting interpretation of Miles Davis’s Blue and Green, Milton Nascimento’s Sin Piedad, and imaginative, original compositions inspired by The Police and Nirvana! Vallejo is a vibrant, engaging performer who connects with the audience deeply. Also, she set the stage for the grand finale.

After a short intermission, the pianist Chano Dominguez took to the stage and performed solo and as a duo, accompanied by the bassist Alexis Cuadrado. The high point of the evening occurred when flutist Jay Rodriguez, flamenco singer Ismael Fernández, and choreographer dancer Sonia Olla joined the duo for a breathtaking, impromptu bulería (a style that permits the greatest freedom for improvisation).

As all good things must, the evening ended with a standing ovation and the vow to return next year.

After the show, I spoke to the creator, producer Rebeca Vallejo, who assured me the Festival would return to New York in November 2017. The presentation was a smashing success, and superlatives fail to do it justice.

If you have not experienced the electricity of flamenco jazz in a live setting, look for the next edition of The Flame Festival. Nothing compares.

Hailing from Spain, using her own body to incorporate percussive accents, she is an earthy grounding rod for some powerfully streaming wattage.”

Madrid-born vocalist and composer Rebeca Vallejo is a most versatile and innovative performer. Known for combining her ancestral Flamenco roots and her deep love and understanding of Brazilian music with the jazz language, Rebeca Vallejo deftly weaves all these elements into a truly unique sound.

Born into a family of singers in Madrid, Spain, Rebeca was immediately immersed in the rich musical language of Flamenco, learning at the feet of her grandfather, himself a Flamenco singer.

Beginning her public performances at four, the musical journey that started in an urban neighborhood of Madrid eventually took Ms. Vallejo to Great Britain, where she developed a passion for Jazz.

Arriving in New York in 2000, Rebeca began collaborating and performing with the most sought-after musicians of the Latin Jazz scene. Through the exposure, she uncovered Brazilian music’s emotional beauty and rhythmic complexity. There, she discovered the third corner of a musical triangle that, together with Jazz and Flamenco, would shape her musical foundation.

In addition to being an acclaimed performer, Rebeca Vallejo is the creator and bandleader of the musical projects EuroLatinJazz and EuroLatinFunk. She was the main vocalist of the Flamenco Dance Company “Día Flamenco” for two years.

Since 2012 Rebeca Vallejo has been an active performing member of the Brooklyn Conservatory Chorale. In 2009 Rebeca Vallejo was granted a scholarship to the prestigious Flamenco institution, Cristina Heeren, in Seville, Spain, where she focused on studying Flamenco repertoire and singing techniques. In 2012, Rebeca Vallejo served as the director of SMINYC, a collective of musicians from Spain residing in New York, sponsored by the Spanish Cultural institution Centro Español.

Chano Domínguez is one of the most celebrated jazz pianists and composers. His flamenco origins define his singular work.

In more than forty years of his career, he has dazzled all audiences, including other musicians spanning both worlds of Jazz and Flamenco. His interpretive talents are highly sought after for his authentic integration of both jazz and flamenco traditions, working with an extensive range of colleagues such as Paco de Lucía, Enrique Morente, Jorge Pardo, Carles Benavent, Martirio, Wynton Marsalis, Paquito d’Rivera, Jack DeJohnette, Herbie Hancock, Jerry Gonzalez, Gonzalo Rubalcaba, Michel Camino, Chucho Valdés, Joe Lovano, and George Mraz, among others.

Chano has achieved an unusual integration between the rhythms and languages of Jazz and Flamenco, creating a unique style that places him among the top musicians practicing this artform. Internationally acclaimed, he has influenced and changed the history of flamenco jazz.

In 2016 Dominguez was nominated for a fourth Grammy, this one a Latin Grammy for his latest release, “Bendito.” This recording features Chano as producer, composer, and pianist with his preferred ‘cantaor’ (flamenco singer) Blas Cordoba, aka “El Keijo.”

Chano is currently living in New York and working with SunnySide Records. He will have a new solo release coming out in January 2017. He is also a seasoned educator, available for master classes, workshops, and residencies. He has previously taught at Taller de Músics in Barcelona, The Music Conservatory of Bogotá, The Julliard School in New York, and the University of Washington School of Music.