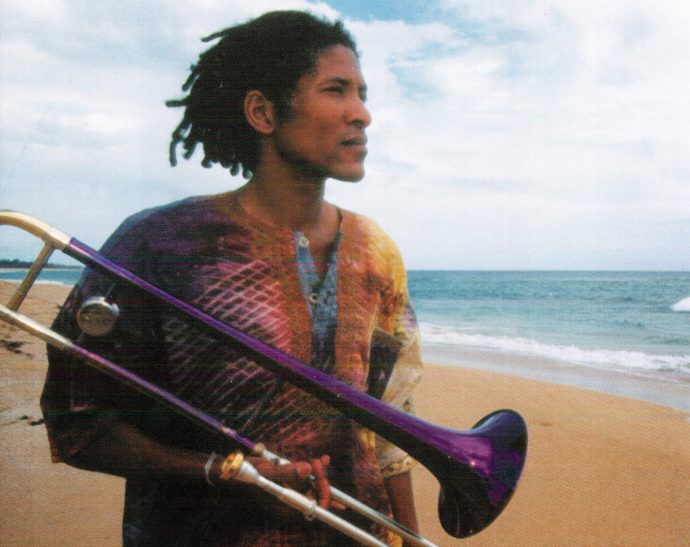 Dr. William Cepeda, well-known musician, composer, director, folklorist and educator has created Lo Nuestro Tour, whose aim is to raise awareness and educate youth about the roots and the evolution of Puerto Rican music.

Also, Cepeda and his group Afro-Rican Jazz are celebrating their 25th anniversary who, since its inception, has fostered Puerto Rican culture through outstanding recordings, educational workshops, and cultural concerts.

La Nuestro Tour, created and directed by William Cepeda, consists of free workshops for young musicians and participation in concerts with William Cepeda and Afro-Rican Jazz. The project is long-term and aims to cover Puerto Rico’s 78 municipalities.

Cepeda is also preparing material for upcoming recordings, among them a rhythm section and sea-shells; another with a quartet and lead trombone; and Etnia Jazz, which was recorded live at the Puerto Rico Heineken Jazz Fest and features twenty-three musicians from various parts of the world.

Within the genre of jazz, Cepeda has played with Dizzy Gillespie, Slide Hampton, and the Jazz Masters; Bobby Watson’s Big Band; Lester Bowie’s Brass Fantasy; David Murray, among others. He has also collaborated with artists such as “Reina de la Salsa” Celia Cruz, pianist Eddie Palmieri, Tito Puente, and vocalists Marc Anthony, Rubén Blades, and Oscar D’León among others.

With Lo Nuestro Tour, William Cepeda wishes to continue educating the new generations about the value of Puerto Rican culture and the richness of its music.