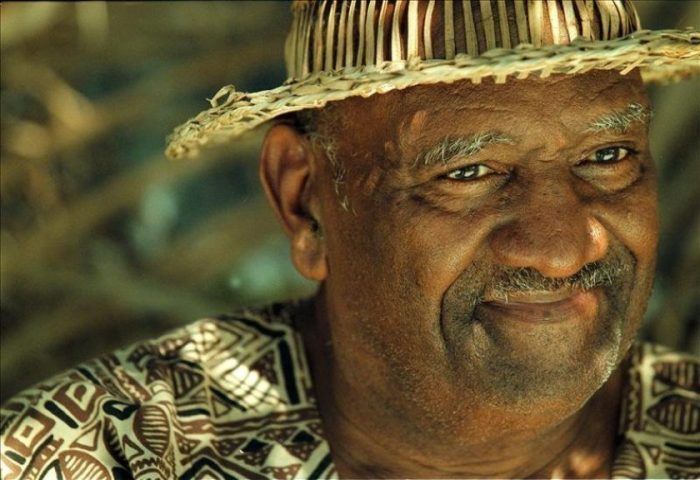 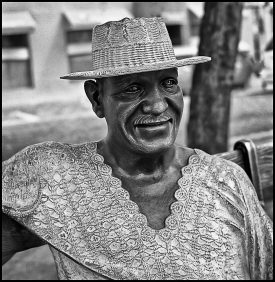 Any discussion about popular Puerto Rican music is remiss without the name TITE CURET ALONSO. In a career that spanned roughly 30 years, Tite Curet was one of the most prolific and vital composers in Puerto Rico’s history.

Catalino Curet Alonso was born in the municipality of Guaynabo in 1926. His mother was a seamstress. His father was a Spanish language teacher, trumpeter, trombonist, a member of Simon (“Pin”) Madera’s band and Guayama’s municipal band.

In 1928, at two, his parents divorced, and Tite Curet, his mother, and sister moved to the Barrio Obrero in the municipality of Santurce (San Juan). There, he grew up immersed in music. “I used to drop in on (the guitarist) Tito Enriquez. I learned a lot from him. Also, I learned a lot from (the composer) Pedro Flores and (musician, composer) Rafael Hernandez.” Also, among his childhood friends were Rafael Cortijo, Ismael Rivera, and Daniel Santos.

Tite Curet received his primary and secondary education in the municipality of Guayamo. After high school, he enrolled at the University of Puerto Rico (UPR), where he studied journalism and sociology.

In 1960, he moved to New York and worked as a journalist for the newspaper El Diario La Prensa. In fact, Tite Curet credits journalism for his elegant, metered, literate lyrics. Case in point: When Tite Curet composes a tune for a singer, he takes into account his, or her style, how they sing and if they are good with their vowels, consonants, and pronunciation, and whether, or not they interpret the lyrics credibly.

Tite Curet also drew inspiration from Brazilian composers. “They have been my best teachers because they are the sorcerers of the half-tone and the effective use of words.” He also studied music theory and solfege (a music education method used to teach aural skills, pitch, and sight-reading).

When Tite Curet was fifteen (1965) he composed and had his first big hit titled, Efectivamente with Joe Quijano. Initially, Fania Records hired Tite Curet as a promoter, but they quickly realized he was a gifted composer. His first worldwide hit was La Gran Tirana, interpreted by La Lupe.

Tite Curet’s versatility as a composer transcended genres. In the 70s, he penned the hit ballad Tema de Nilsa for Johnny Olivo. Also, Mi Movimiento for Iris Chacon, Yo me Dominicanizo for Los Hijos del Ray, Pico de Pala for Tony Croatto, and the title track for the Brazilian percussionist, Airto’s 1984 album, Aqui Se Puede. Also, his Christmas compositions are interpreted by countless singers and groups.

Shockingly, despite Tite Curet’s prowess as a songwriter, from 1949 to 1985, he supported his family as an administrator for the U.S. Postal Service and writer for the magazine VEA. The reason? Tite Curet’s music was banned from Puerto Rico’s airwaves by the publishing company ACEMALA (Asociacion de Compositores y Editores de Musica Latinoamericana) for fourteen years. As the story goes, ACEMALA sued every venue (radio, T.V., CATV, municipalities, hotels, restaurants, and the Catholic Church) for copyright infringement of every song composed by Curet. As a result, an entire generation was deprived of his genius. In 2009, the U.S. Federal Court in San Juan released 695 songs originally licensed to Fania Records. The remainder of Curet’s compositions are still in the hands of ACEMLA.

Tite Curet suffered a heart attack on August 5, 2003, in Baltimore, Maryland. Shortly after that, his body was transported to Puerto Rico, where he was given a state funeral and wakes at three prestigious locations.

Journalist Aurora Flores sums up Tite Curet’s career. “Tite Curet helped father the nascent salsa movement that was marking time in clave through the streets of Puerto Rico and Latin New York. Through news events, music, and lyrics, his words inspired hope, faith, solace, and joy during a time of social upheaval. In more than 2,000 tunes, Curet was the musical narrator of current events and national pride, romance, and religion. He wrote when the social reality of the poor was in direct opposition to the political power line, leaving music as the life-support of optimism. Tite Curet reflected the face of a community in need of answers.”

During his life and posthumously Tite Curet received approximately 44 honors, prizes, and recognition ceremonies in and outside Puerto Rico for his meritorious contributions to Puerto Rican music and culture. In 1996, the University of Turabo awarded Curet an honorary doctorate in letters. In the words of Dr. Dennos Alicea Rodriguez, “Tite Curet Alonso continues the commitment of our university to the preservation of our most fundamental cultural values.”

Tite Curet is buried at Santa Maria Magdalena de Pazzis Cemetery, better known as the “Cemetery of the Patriots,” where Rafael Hernandez, Daniel Santos, and Don Pedro Albizu Campos are buried. He lies next to Noel Estrada, the composer of En Mi Viejo San Juan, and Don Felipe (Don Felo) R. Goyco, his “amigotes” (friends) as he affectionately called them. He is survived by his wife, Hilda, daughter, Hilda de Los Angeles, and two grandchildren and a son, Eduardo, and three half-sisters.

In 2011 Banco Popular’s yearly holiday television special titled Sono, Sono … Tite Curet! Paid tribute to the iconic songwriter. Also, a life-size statue of Curet sits on his favorite bench in San Juan’s Plaza de Armas. Despite the trials and tribulations, Tite Curet’s spirit can take solace in the fact that not a day goes by in Puerto Rico, Latin America, or elsewhere, where his music is not played.