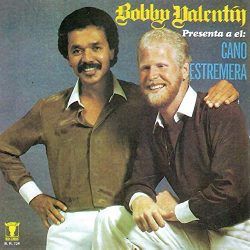 On September 2, 1958, he was born in Barrio Obrero, the working-class section of Santurce, Puerto Rico. His early musical activity was in the folkloric groups, Los Pleneros del Quinto Olivo and Orquesta Mulenze.

In 1978, Estremera joined Bobby Valentin’s band as a lead singer and appeared on many of Valentin’s best-selling hits, including La Boda de Ella (Her Wedding) among others.

Estremera was a unique, innovative singer, known for his ability to sing hundreds of tongue-twisting soneos (vocal improvisations) without repeating himself. Also, he had a penchant for vocabulary and committed himself to learn one new word per day. 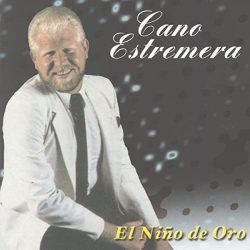 In 1989 he successfully toured the U.S., Puerto Rico, Brazil, Ecuador, Colombia, and Peru, where he was idolized and continually in demand. Also, Estremera collaborated with José M. Lugo, Sonora Ponceña, the Puerto Rican Masters, and recorded a tribute to the sonero Marvin Santiago.

In February 2001, Estemera organized a Battle Royale (similar to a rap-battle) between soneros at the Tito Puente Amphitheater, which was widely promoted and drew a large crowd. Four singers engaged in the competition, including Estremera, Jose Alberto “El Canario,” Lalo Rodriguez, and Domingo Quinones. Ultimately, there was no winner, but Estremera felt it was a “win-win” in terms of publicity and record sales. Bootleg video and audio recordings of the event and a subsequent face-off between Estemera and Quinones are widespread on the web.

Estremera soneos occasionally included profanity. As a result, he was temporarily blacklisted. After the ban was lifted, he was careful to poll audiences before using profanity or controversy. On the flip side, he used his platform to shine a light on albinism. The lyrics to one of his best-known hits as a soloist, titled El Toro (The Bull) speak about infidelity and vision problems related to albinism (sensitivity to sunlight, visual disturbances).

On September 25, 2018, Estremera announced he was battling pulmonary fibrosis. In November of the same year, he underwent a successful dual lung transplant, followed by intense physical therapy. Because of the ups and downs of his recovery, complicated by the Covid-19 pandemic, his return to the entertainment world was uncertain. He died in San Juan, Puerto Rico, on Wednesday, October 28, 2020.

Estremera leaves behind his wife, Yamira, children, legions of fans, and fellow musicians, including members of La Sonora Ponceña who wrote, “A very big sadness at this time overwhelms the Sonora Ponceña Family, as our great friend, brother, and colleague Carlos Enrique ‘Cano’ Estremera Colón has departed into the Creator’s arms and is one more star joining the heavenly salsa firmament. May the Lord give you the strength for such a difficult time you are living… our thoughts and hearts are with you… fly high dear Cano Estremera.”

Maelo Ruiz: “How sad I feel about the death of my friend and colleague Cano Estremera. We lost one of the greatest soneros we had, today Puerto Rico and the salsa world are mourning for such a priceless loss! My heartfelt condolences to his wife Yamira, and all his relatives. May God have you in glory.”

Ruben Blades: “I saw him for the first time at the Convention Center in Isla Verde during a series of presentations that I did in the late 70s with the orchestra La Solucion. After my turn, Celia Cruz showed up with “El Cano,” who was still a young man, and asked her to let him sing some soneos. Celia was amused by the audacity of the young man as he climbed onto the stage. What caught my attention was his ability to improvise and the sense of humor that he gave to his soneos. After that, I was sure of his success. My heart is broken. I have no consolation.”