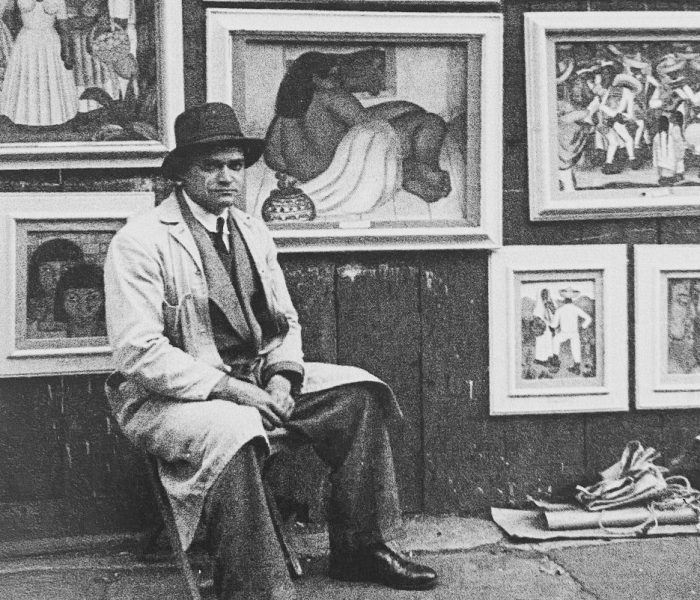 Recently, I discovered the article “Juan De’Prey: A Giant Rediscovered” by Michael DR (blogspot.com). Further research led to the book “Painting and Sculpture of the Puerto Ricans” (Plus Ultra, 1978) by the art historian, writer, and advocate for Puerto Rican art and culture, Peter Bloch.

According to Bloch: “Many art lovers – and especially North Americans – had admired his paintings before I saw some of them for the first time and before I had the privilege of meeting him. But most, Puerto Ricans, even cultured ones, have not heard of him thirteen years after his passing; and I find that an alarming symptom of our situation. De’Prey is to the art of Puerto Ricans what Diego Rivera, Orozco, and Siqueiros are to that of Mexico; but these Mexican masters have been popular with their people, and honored by them, in their lifetime.” Regrettably, during his lifetime, no institution or museum purchased De’Prey’s art.

Jean Deriberprey, known as Juan De’Prey was born in San Juan, Puerto Rico, in 1904. His father was Louis Deriberprey, a Frenchman who migrated to Puerto Rico from Haiti in 1909. His mother, Marie Jean Cicerón, was of African descent and born on the island of Santa Cruz (St Croix).

De’Prey’s mother died when he was two, and his father placed him in the care of a woman of Indian (Taino) ancestry who died when he was twelve. As a child, he sold newspapers, shined shoes, and worked as a water boy in the cane, banana, and pineapple fields. Later, he became a fisherman, a longshoreman, and joined the merchant marines.

In 1929, De’Prey traveled to New York (as a merchant seaman) and accepted whatever work he could get. During the depression, he worked as a handyman, caretaker, house painter, and elevator operator. According to his obituary in the New York Times, “While operating an elevator in an apartment house, he sold paintings to tenants by hanging pictures one at a time in the elevator car.”

In the early 1940s, the sculptor Jose de Creeft, while serving as a juror for the Washington Square Outdoor Exhibit, noticed De’Prey’s work and awarded him first prize. The recognition led to De’prey becoming a full-time artist and three one-man shows at the Galerie St. Etienne. Also, his art was exhibited at the Eighth Street Gallery (1941) and the International Art Foundation (1949) and he received positive reviews from the New York Times and Art News among other publications. 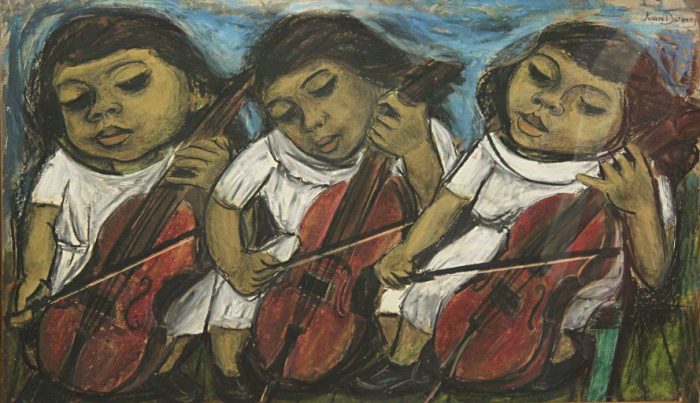 De’ Prey’s art was also exhibited at the Whitney Museum of Art, the Riverside Museum, and the Galeria Sudamericana. Also, he painted murals for the University of Puerto Rico and Mount Holyoke College in Massachusetts. In 1962 De’Prey was awarded a gold medal (first prize) by the group, Friends of Puerto Rico. 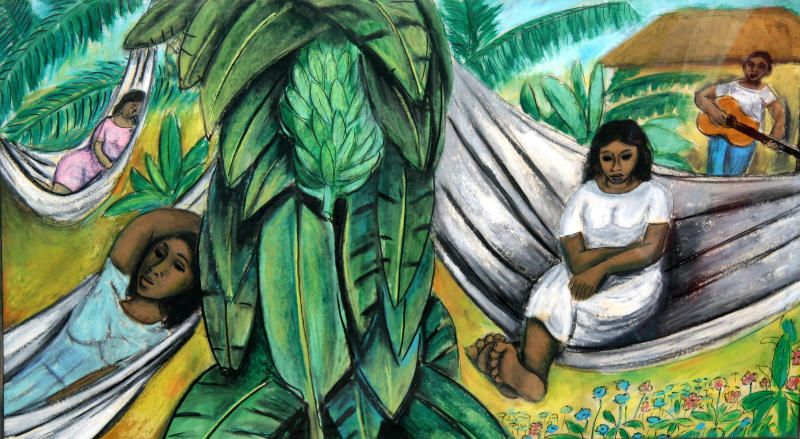 Little is known about what initially drew De’Prey to the arts, who his primary influences were, and how he developed his unique style with no formal training. In an interview, he said, “I have been painting ever since I can remember. From the time I was able to scratch a stone on a rock, I began to sketch.”

De’Prey is mostly known for his landscapes, which depict a nostalgia for Puerto Rico and are compared to the great 20th century painters of Mexico, including Diego Rivera. Undoubtedly, De’Prey was influenced by the Mexican masters but according to Robert Bloch, “He was one of the most Puerto Rican of the Puerto Rican painters, evolved his own style; and the atmosphere and colors of his paintings are Puerto Rican.” Vanessa K. Valdez describes De’Prey as an “intellectual and historian who attracted elements to the canvas, denied in other spaces. Also, his art demonstrates an understanding of the social and racial division of labor, the urban worker, and industrialization on the island.”

Juan De’Prey died in his home in Brooklyn on November 30, 1962. He was survived by his widow, two sons, Walter and Victor, and daughter, Mary.

Shortly after his death, The Art Gallery of the University of the Sacred Heart in Puerto Rico mounted a posthumous exhibit titled, “Discovering Juan De Prey.” Also, Bloch contacted Dr. Ricardo E. Alegria, then Executive Director of the Institute of Puerto Rican Culture, and sent him a photograph of De’Prey’s painting titled “The Sugar Cane Cutters” and a letter saying how desirable it would be for De’Prey to be represented in the institute’s collection. Shortly after that, Alegria purchased the painting and added it to the institute’s collection.

According to several reliable sources, De’Prey was a “modest man, very cordial, never artificial,” and led a simple life. His studio in Brooklyn Heights was a gallery and a meeting place. According to Armando Zegri, “Juan De’Prey greeted everyone with his natural warmth and friendliness.”

The time has come for Puerto Rico and the World to rediscover and appreciate Juan De’Prey’s artistry! 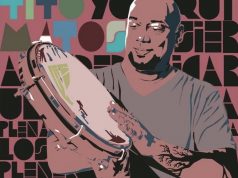 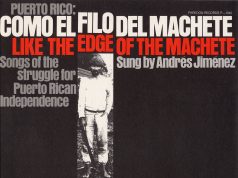 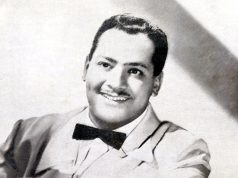