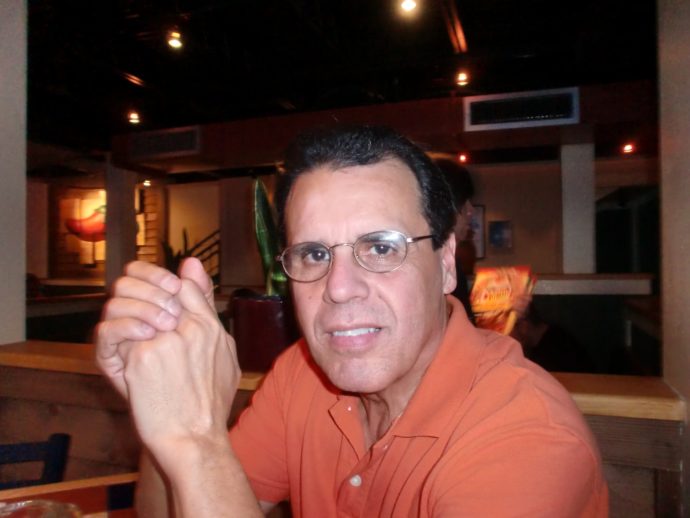 Basilio Serrano is a seasoned educator, historian and a person all too familiar with the plight of Puerto Ricans whose contributions to North American jazz have been minimized, overlooked or forgotten.

His past articles and essays include Juan Tizol’s cross-cultural collaborations with Duke Ellington, Harry James, and other nationally known orchestras. Also, Boricua Pioneers in Latin Jazz, Puerto Rican Musicians of the Harlem Renaissance, the pianist Noro Morales and the actress Miriam Colón among others.

During a recent conversation with Serrano, I asked why he chose Tizol as his primary subject. “I chose Tizol because when he arrived in the U.S from Puerto Rico he spoke no English and was not familiar with American culture. Tizol knew little of jazz, and he played an unusual instrument that was best suited for marching bands than an orchestra. Some would say that Tizol had three strikes against him,” said Serrano, “yet despite the odds, he went on to have an extremely successful life in music.”

Juan Tizol hails from Vega Baja, Puerto Rico where he grew up in a musical environment. His first instrument was the violin however he switched to the valve trombone at an early age and it became his instrument of choice. Largely, he received his musical training from his uncle, Manuel Tizol, who was the director of the municipal band and symphony in San Juan, however, he also gained experience playing local operas, ballets, and dance bands. Ironically, Tizol came to the U.S. as a stowaway in 1920, aboard a ship traveling to Washington, D.C., where he set up residence and established himself at the Howard Theater, where he performed for touring shows and silent movies. There he met Duke Ellington.

Tizol is best known as a member of the Duke Ellington Orchestra however he was also a consummate musician, sight reader, composer, arranger, and transcriber. Also, he was the first significant musician to use the valve trombone in a jazz setting, thus revolutionizing the instrument and adding a new dimension to Ellington’s sound. Tizol is also responsible for incorporating Latin influences into Ellington’s repertoire with compositions such as “Moonlight Fiesta”, “Jubilesta”, “Caravan” and “Perdido” among others. As a senior and highly respected member of the Ellington orchestra, he was also responsible for rehearsing and integrating new musicians into the band.

In the autobiography, Music is My Mistress (Da Capo Press, 1976) Ellington describes Tizol as “A tremendous asset to our band, a very big man, a very unselfish man and one of the finest musicians I’ve ever known.”

Tizol was also a racial trailblazer who paved the way for the future generation of Latin musicians. He endured the indignity of being called a “blob of sour crème in a black bowl of caviar,” and was forced to adhere to “color codes” the blackening of his face for the films Black and Tan (1929) and Check and Double Check (the 1930s). That Tizol made a conscious choice to work with primarily black jazz orchestra’s, married Rosebud Brown-Tizol, an African American and lived in a primarily African American community in Washington, DC during a time when racial inequities were the order of the day says much Tizol’s character.

When the Duke Ellington Orchestra toured the South and restaurants refused to serve the African American members of the band Tizol’s typical response was, “If you don’t serve them, you don’t serve me.” Ironically, detractors accused him of “trying to pass for black.”

One of the most compelling sections in Serrano’s book is titled The Progenitor of Latin Jazz: Trombonist Extraordinaire. Before reading Serrano’s book, I was of the mind that Mario Bauza’s “Tanga” was the first Afro Cuban (Latin) jazz recording. According to Tizol, perhaps not so, “Tizol is often credited as a pioneer in Latin jazz. More often than not, however, credit is denied to the roles played by him and Duke Ellington in the development of the Latin jazz genre. For example, some consider ‘Tanga’, credited to the trumpeter Maria Bauza and Frank “Machito” Grillo recorded in 1943, almost nine years after “Porto Rican Chaos” and eight years after “Caravan”, which many considered the first Latin jazz recording. Others suggest that the first Latin jazz genre recording was the 1947 ‘Manteca’ by Chano Pozo and Dizzy Gillespie. However, both “Tanga” and “Manteca” were recorded during the bebop era, roughly eight and twelve years, respectively after Tizol’s 1935 “Porto Rican Chaos.” According to Serrano, Tizol is described as the “Progenitor of Latin jazz” because he experimented with Latin rhythms and is an unsung founding father of Latin jazz.”

As the conversation came to a close I asked Serrano if he knew the following excerpt from Ned Sublette’s book, “Cuba and Its Music – From the First Drums to the Mambo” (Chicago Review Press, 2004). “As soon as Puerto Ricans were Americans, they were helping transform its music. From 1917 on, there is no African American music in New York in which Puerto Ricans don’t figure. They have been a natural part of jazz in New York since before cats were taking improvised solos, and as the Latin Jazz hybrid developed, they provided critical links between the African American and Cuban styles, because they were the ones who understood them both; and made them their own, in their own way. The unique bicultural sophistication of the Puerto Rican is a deep topic – for another book – but it can’t be left unmentioned in talking about the development of music in New York.”

“I’ve not seen this quote,” said Serrano, “It is timely. Sublette realizes that the Puerto Rican participation in jazz is important and unique. It resulted in a new hybrid. I agree.”

For more on Juan Tizol’s life and music I highly recommend Juan Tizol – His Caravan Through Life and American Culture. Serrano is currently working on a follow-up to Puerto Rican Musicians of the Harlem Renaissance.

Basilio Serrano holds a Ph.D. in Educational Administration and Supervision, a Master of Science in Bilingual Education and a Bachelor of Science in Elementary Education. He is a Professor of Teacher Education at the State University of New York College at Old Westbury. He has written for numerous publications, such as the Centro Journal for Puerto Rican Studies, Latin Beat Magazine, La Revista Puertorriqueña de Música and Great Lives from History: Latinos, among others.

Calle Loiza Jazz Project – There Will Never Be Another You