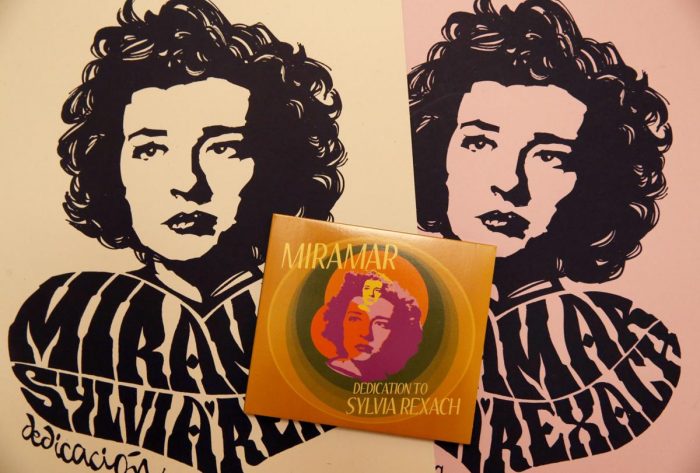 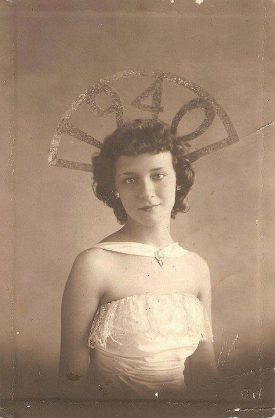 SYLVIA REXACH GONZALEZ was born and raised in Santurce, Puerto Rico. Her parents were Julio E. Rexach of Fajardo, and María Teresa González, of San Juan, Puerto Rico. There she attended public school and received her primary education then went to a private school where she finished her secondary education before attending the Central High School of Santurce. At 14, she amazed her teachers when she composed “Di, Corazón” (Tell me, Heart) and “Matiz de Amor” (Calm Love). Rexach also learned how to play the guitar, piano, and saxophone, at a young age.

Rexach enrolled with The University of Puerto Rico, where she intended to take a pre-legal course; however, when the United States entered World War II in 1942, she dropped out and joined the United States Army as a member of the WACS (Women’s Army Corp), where she served as an office clerk. It was there that she met and fell in love with the American officer, William Riley. They wed in 1943 and had three children but the marriage was tumultuous and short-lived. After a divorce, she returned to Puerto Rico.

According to Yannis Ruel, who translated the original liner notes, for the album, Miramar – Dedication to Sylvia Rexach (Barbes Records, 2016), “Well before the struggles of the women’s liberation movement of the 1960s, Rexach embraced nonconformity and rejected societal roles. Living life as a woman emancipated of social standards, she spent her time composing and performing music and socializing with other artists at late-night parties, something previously enjoyed solely by men. She smoked, drank, stayed out late, and lived an intensely bohemian lifestyle. In 1949, she founded and directed the first all-female band in Puerto Rico, Las Damiselas, (The Damsels), also known as El Combo de Sylvia Rexach, with Idalia Rosario, Marta Romero, Millita Quiñones, Elena Rita Ortiz, and Ketty Cabán. For several years, the band performed at major clubs and radio stations in Puerto Rico and New York, playing an eclectic repertoire of current hits mixed with her own compositions and songs including “Nave Sin Rumbo,” “Luna del Condado,” “En Mis Sueños,”  “Nuestra Luna” and “Nave del Olvido.”

Rexach was a tireless artist. She worked various jobs in music and entertainment in the 1940s and 50s. Also, she composed and recorded commercial jingles, traveled the island playing the piano, and singing in different musical reviews, bars, and hotels and wrote scripts, and performed one-act plays for acclaimed popular radio and television programs.

1951, Rexach had a newspaper column called “A Sotto Voce,” where she was a music critic. She was also a co-founder and the Secretary Director of The Puerto Rican Society of Authors, Composers and Music Editors (Sociedad Puertorriqueña de Autores, Compositores y Editores de Música).

The tones of Rexach’s compositions varied from soft and romantic to harsh and tormented. Among the compositions that became hits in Puerto Rico and abroad were: “Alma Adentro” (Inner Soul, actually a homage to a brother who died in an accident), “Idilio,” “Olas y Arenas” (Waves and Sands), “Mi Versión” (My Version), “Nave sin Rumbo” (Wandering Ship), “Di, Corazón” and “Matiz de Amor.” She even wrote a humorous novelty song, “Cuchú cuchía,” which features Rafael Hernandez Marin as a co-composer.

About a decade before her death Rexach was diagnosed with stomach cancer but her declining health did not stop her from composing or living her life as a liberated woman. She died on October 20, 1961, at the Women’s Hospital of Santurce. She is buried at Cementerio Buxeda in Carolina, Puerto Rico.

According to Ruell, “Four years after her death, the Institute of Puerto Rican Culture found an original recording from 1958, where Rexach sings fourteen of her songs accompanied by her friend and guitarist Tutti Umpierre. Entitled Sylvia Rexach Canta a Sylvia Rexach, this obscure album is revered by her followers. Rexach’s wistful, melancholic voice perfectly reflects the feelings of sadness and tenderness so pervasive and expertly executed in her songs. Rexach’s boleros are unique in that the lyrics could stand alone as poems, but the sense of intimacy and sensuality is magnified by the music. She defined the feminine bolero, she was the Caribbean sister of García Lorca, Debussy, and Agustin Lara.”

In 2001, Rexach was posthumously inducted into the International Latin Music Hall of Fame. Also, at The Luis A. Ferre Center of the Arts El Teatro Sylvia Rexach bears her name. Also, on May 29, 2014, the Legislative Assembly of Puerto Rico honored 12 illustrious women who, by their merits and legacies, stand out in the history of Puerto Rico with plaques in the “Plaza en Honor a la Mujer Puertorriqueña” (Plaza Honoring Puerto Rican Women) in San Juan. Rexach was among those honored. Today, her music is interpreted by the group Miramar and other proud “Sylvistas.”

ABOUT THE PHOTO ABOVE AND BELOW

As Sylvia Rexach’s crown shows, the photo above (top left) was taken in 1940, probably on her 18th birthday.