The following is an excerpt from Puerto Rican Women from the Jazz Age – Stories of Success by Basilio Serrano (AuthorHouse, 2019) The excerpt is printed with the express permission of the author.

Elisa Tavárez Colón was born in Ponce on June 21, 1879, to the “Father of the Danza,” Manuel Gregorio Tavárez y Ropero and Julia Colon y Monge.

Elisa initially studies music with the distinguished Puerto Rican pianist Aristedes Chavier then in Spain under Pilar de la Mora in Madrid at the Royal Music Conservatory. She spent four years in Spain, and while thee, she received financial assistance and gained recognition as a pianist.

At a time, she won first place in a performance competition and as a result, was invited to perform for the Queen of Spain, Maria Cristina. As a token of appreciation, the queen gave her a beautiful example of a traditional Spanish fan, which she retained her entire life.

After returning to Puerto Rico, she presented numerous concerts, and, as was true of Anita Otero, she was focused on the classical music of Chopin, Liszt, Mendelssohn, Beethoven, among others. According to writer Trina Padilla de Sanz, Tavarez had a style that resembled Chopin (ironically, her father Gregorio Tavarez was sometimes called the “Chopin of Puerto Rico”). Padilla wrote, as with Chopin, Elisa’s piano never “screamed”; instead, it focused on the soft and romantic approach to her interpretations.

During World War 1, the pianist performed concerts for the soldiers of the all-Puerto Rican 375th Regiment that was stationed in Campamento Las Casas in Santurce. The regiment included many musicians, including Pedro Flores and Augusto Coén. Patriotic and sovereignty movement leader, Dr. Pedro Albizu Campos was also a member of the 375th. It must have been a genuine and heart-throbbing experience to perform for so many distinguished people; especially the fellow-musicians. Reports of her performances were possible thanks to a 1918 edition of the Army-Navy-Air Force Register of Defense Times.

Tavárez was another musician who served as an unofficial ambassador from Puerto Rico when she presented herself at concerts throughout France, Central America, Cuba, and the United States. She came to New York in October 1935 aboard the legendary SS Borinquen to participate in a tribute to Boricua composer Juan Morel Campos.

Elisa Tavárez along with Ana Otero and sisters, Amalia Paoli, Genoveva Arteaga, several women of the Sicardó family, and Trina Padilla de Sanz were part of an impressive group of women who created institutions to provide music education to the youth of every economic status in the 19th and early 20th centuries. Tavárez taught music in San Juan, Arecibo, Manati, and Utuado. She tirelessly struggled for the establishment of a permanent Puerto Rico symphony that would be accessible for all audiences to enjoy. She was also a composer. Samples of her Colon’s work are available on YouTube.

Elisa Tavárez y Colon died on April 4, 1960, in Santurce, San Juan, and is buried at the Buxeda Cemetery in Isla Verde in Carolina, Puerto Rico, where many distinguished musicians and government leaders are also interred. She is remembered in museums and other cultural institutions. 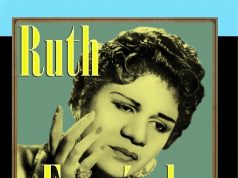 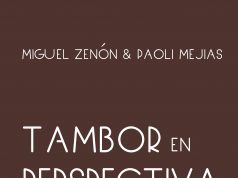