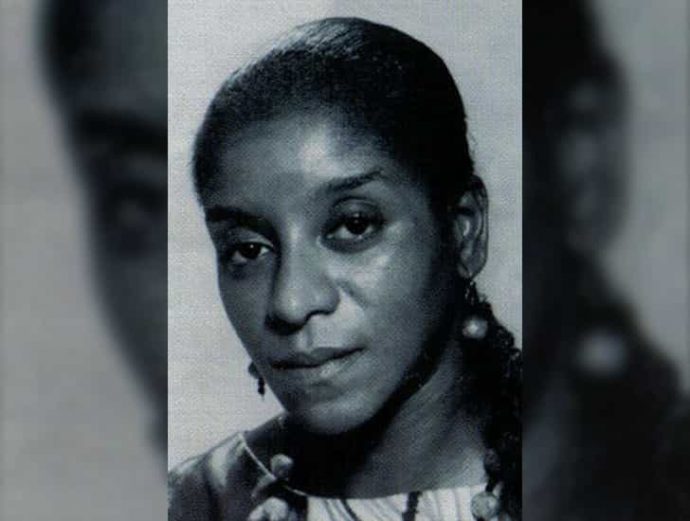 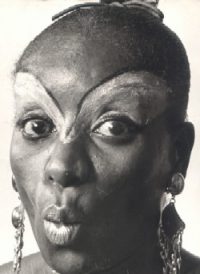 The actress, dancer, choreographer, and activist, SYLVIA DEL VILLARD, was born in Santurce, Puerto Rico, to Agustin Villard and Morcoline Guillbert on February 28, 1928.

Del Villard completed her elementary and high school education in Santurce and received a scholarship from the Puerto Rican Government. She studied Sociology and Anthropology at Fisk University in Tennessee; however, due to racism in the South, she returned to the island and completed her studies at the University of Puerto Rico.

After graduation, Del Villard traveled to New York City. There, she enrolled in the City College of New York, where she joined the dancing and singing troupe, Africa House. During this period, she developed a love and passion for Africa and traced her roots to the Yoruba and Igbo tribes of Nigeria. Also, she took voice and dance lessons with Sonya Rudenka and Leo Braun of the Metropolitan Opera House.

On the big screen, Del Villard appeared in, “The Time We Lost” and “The Americans Came Playing the Violin.” Also, “Los Traidores de San Angel,” by the acclaimed Argentinean Leopoldo Torres Nilson, which was filmed in Puerto Rico and invited to the Cannes Film Festival in France.

Also, she stood out as a dancer and choreographer in the works, “Valley Without Echo,” “The Witches of Salem,” “The Boyfriend,” “The Crucible,” and “Kwamina” in the U.S. Also, in Puerto Rico she joined the Afro-Boricua Ballet and participated in the productions, “Palesiana y Aquelarre” and “Palesianisima.”

In 1968, she founded the Afro-Boricua El Coqui Theater, which was recognized by the Panamanian Association of the New World Festival as an exponent of Afro-Puerto Rican and Antillean culture. Also, the group performed internationally and at various universities throughout the United States.

In the 70s, Del Villard opened the Luis Pales Matos Theater in San Juan. The effort was short-lived but while it stood, it succeeded in presenting a wide range of artistic projects. After its closing, Del Villard moved to New York and founded the Soninke Company, which performed frequently at The Museum of Natural History. 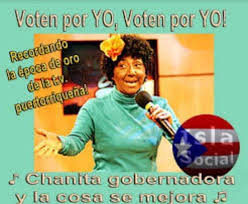 In 1974, Villard appeared on Puerto Rico’s popular television show, Telecine de la Tarde, to promote an upcoming performance. There, she stunned the host and the audience when she condemned racial discrimination, the use of blackface, and particularly the character, Chianita, seen on the telenovela, El Hijo de Angela Maria. Portrayed by the light-skinned actress Angela Meyer, Chianita was a poor, black, uneducated, loud, subservient Jibara (peasant). Villard became the voice for marginalized black actors and actresses in Puerto Rico when she remarked, “In the United States, no white person can paint his, or her face to play a black character. There are organizations such as Equity, AGMA, and AGVA who send representatives to plays. If they discover someone in blackface, both the actor and the producer are in a lot of trouble.” Also, she described blackface as “repulsive.” In response to Villard’s criticisms, Meyer cited the “lack of black actors,” in Puerto Rico and the islands “lack of racism” (which was utterly false). Also, she stated, “the colored people of Puerto Rico, loved Chianita,” which, regrettably was true. After leaving the telenovela, Meyer continued to make public presentations as Chianita and recorded three albums, including Chianita Gobernadora, in 1973, which sold over 100,000 copies. The debate was short-lived, but it raised the public’s awareness about the use of blackface on Puerto Rican television.

In 1981, the Puerto Rican Institute of Culture assigned Del Villard to be the first and only Director of the office of Puerto Rican affairs.

In 1989, Del Villard was diagnosed with lung cancer. She returned to Puerto Rico to receive treatment and died on February 28, 1990. At the time of her death, she was working on the project, Puerto Africa. In the essay, “Remembering ‘La Majestad Negra’ of Dona Sylvia del Villard-Moreno,” her nephew Juan A. Moreno-Velazquez writes, “Her remains lay in a cemetery in Santurce, in Villa Palmeras, in the Pantheon of the Moreno-Herrera family. Circumstances would have it that to date, there is no gravestone marking her place of eternal rest.”

According to Kenneth Gumbs, who met Villard briefly when he worked at New York’s Caribbean Cultural Center, “What stands out in my memory is the force of her personality. I spoke with her in Spanish and I remember clearly, she had a measured dramatic style of speech in which she enunciated every word clearly, almost like a poet. I also remember her being fiercely proud of her Puerto Rican heritage and expressed bitterness about how that inheritance was not valued sufficiently during the era in which she grew up. In addition, she mentioned that Europe seemed more open to Poesia Negroide (Afro-Puerto Rican poetry) and other manifestations of Afro-Caribbean culture.”

Sylvia Del Villard-Moreno is one of many Boricua Pioneers, past and present, whose life and legacy merits remembrance, pride, and celebration. 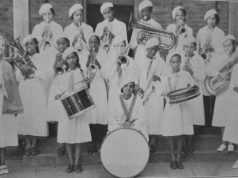