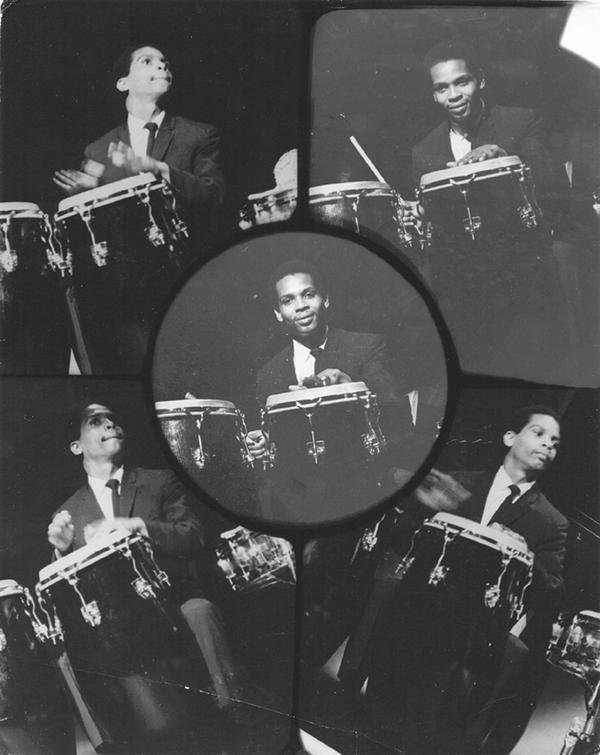 The percussionist, composer, arranger, musical director Leopoldo Francisco Fleming Burguillo, known as Leopoldo Fleming, is a significant artist in the New York and international music scenes, but he is perhaps best-known known as an accompanist with the singers, songwriters Miriam Makeba, and Nina Simone.

He was born on September 16, 1939, in Puerto de Tierra, San Juan, Puerto Rico. His father, Leopoldo Leander Fleming, and his mother migrated from the neighboring island of Saint Thomas.

In 1947, when Leopoldo was eight, his parents separated. Shortly after that, his father took him and his younger brother (Johnny) to Saint Thomas, where they remained for four years. In 1951 the family moved to New York and settled on 117th Street in Spanish Harlem.

According to Errol Montes Pizarro, who interviewed Fleming in 2015, “Leopoldo’s paternal side of the family had been musicians for generations. His grandfather, William ‘Willie’ Fleming, played the mandolin and the trombone. Also, three of his paternal uncles – Bill, Herbie, and Jimmy – were noted singers and instrumentalists; one of them, Bill Fleming, played the trumpet and the harmonica in a jazz orchestra in Saint Thomas.”

Fleming showed signs of musical talent at an early age. Also, he drew inspiration from his father, who played the double bass, the guitar, the Cuban tres and performed with Mon Rivera, Soneros de Oriente, Son de la Loma, and the band Alfarona X among others. 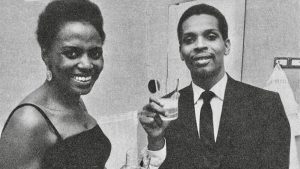 Fleming’s big break came in 1965 when he received a telephone call from the South African trumpet player and husband of Miriam Makeba, who invited Fleming to participate in a rehearsal. At the time, Fleming was playing with Joe Panama’s band but wisely, he seized the moment. Also, it’s worth noting there was more to Fleming’s acceptance than meets the eye. His uncle was a staunch Afrocentrist. Also, his mother instilled in him, “Never forget, above all, you are African,” and he credits his Congolese great-grandmother’s spirit for helping him to play the drums.

According to Pizarro, “Fleming joined Miriam Makeba’s band just when she was starting her meteoric rise to worldwide stardom. Besides her extraordinary gifts as a singer, another factor that contributed to Miriam positioning herself as the premier African star on a world scale, was her militant opposition to the racist apartheid system in South Africa, support of struggles for civil rights by African-Americans, and solidarity with the struggles of independence and decolonization in Africa.”

In 1967, Makeba released a song titled Pata Pata, which was an unexpected success. According to Makeba, “It is strange but the song that boosts my career higher than it has ever been, and the tune that makes me known to people and countries that have never heard of me before, and is also one of my most insignificant songs. I wrote ‘Pata Pata’ in 1956, back in South Africa. It is a fun little song, with a nice rhythm. I just made it up one day, and I was thinking of a dance that we do at home. Pata means ‘touch’ in Zulu and Xhosa. The original version was a hit in South Africa. Now, for my first album with Reprise Records, I make a new recording with English lyrics.”

Arguably, the most popular version of Pata Pata appears on the album, Miriam Makeba – Pata Pata – The Hit Sound of Miriam Makeba (Reprise Records, RS 6274). The arranger was Jerry Ragovoy and the rhythm was Fleming’s contribution. According to Pizarro, “He told us the rhythm he contributed to ‘Pata Pata’ was adapted from a rhythm he learned while he was visiting Brazzaville in the Republic of the Congo, specifically the neighborhood of Poto Poto.” The catchy rhythm is a variation of a Congolese rumba known as “Boucher.” Makeba often introduced Fleming as “the man who can play almost anything and keeps us all together, the African via Puerto Rico.”

Working with Makeba allowed Fleming to travel the world. Also, to obtain a passport from the ill-fated Nigerian President, Idi Amin who gifted him a passport. Thanks to the passport, he was able to travel and perform in Cuba, East Berlin, and the Ivory Coast among other foreign locales.

Leopoldo also accompanied Nina Simone for ten years and made significant contributions to her sound on tunes such as My Way and See Line Woman. She often affectionately described Leopoldo as “the man who made her dance.”

As a sideman, Leopoldo joined Jose Carlos Schwarz (known as Ze Carlos), one of the creators of the “music of intervention,” which was fundamental to the liberation of former Portuguese colonies in Africa and considered one of the most significant pioneers of contemporary popular music in Guinea-Bissau. The album is called Diju di Galinha.

Leopoldo’s contributions to Jazz, African and Afro-Caribbean music are significant, invaluable, and more often than not, unheralded. If you’re not familiar with his music see the Recommended Listening list below.

Fleming’s son, Lenard (Lenny) Vaughn Fleming learned percussion from his father. Also, he studied the saxophone in high school and was a member of the District 8 All-Star Band and Energy Source. Later, he relocated to St. Thomas and was a member of the Starlites and Deep Unda Kova. In St. Croix, Lenny was the arranger and musical director for the Code 9 band and a producer and engineer for Mountain Sounds & Video Productions. In Florida, he performed with various tropical steel and reggae, and soca artists. He is also a minister and a social worker who resides in New York.

Documentary Film, Mama Africa. Documentary on the life of the South African singer, Miriam Makeba. Makeba, known affectionately as Mama Africa, helped popularise African music worldwide and achieved success in America, winning a Grammy Award and reaching number 12 on the Billboard Chart with her song, ‘Pata Pata’. However, the singer did not forget her roots. Though she eventually had her citizenship revoked as a result of her activism, Makeba consistently attempted to draw attention to the intolerance and injustice of the South African apartheid system. She returned to her home nation when apartheid fell but continued to campaign on other issues relating to human rights and justice. The documentary celebrates her life and legacy. Matchbox Films, 2012. Directed by Kaurismki, Mika. 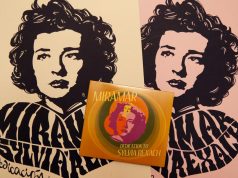 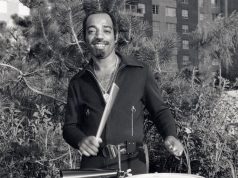