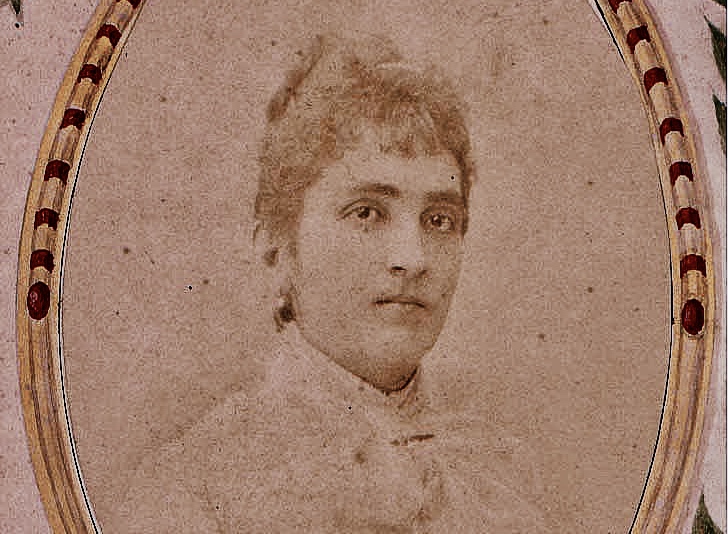 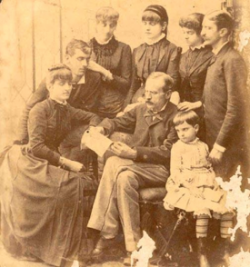 The following is an excerpt from the book Puerto Rican Women from the Jazz Age – Stories of Success by Basilio Serrano (AuthorHouse, 2019) The excerpt is printed with the express permission of the author.

Anita Otero was born on the 24th of July 1861 in Humacao, Puerto Rico. Her given name is Ana Otero y Hernandez. She was the daughter of Humacao native, Carmen Hernandez and, a Spanish immigrant, Ignacio Otero. The couple gave birth to fourteen children, seven of who survived. All studied music. They received their initial instruction from their father plus Concepción Gadea, and Ramón Tinajero. Anita evolved into one of the finest Puerto Rican pianists of the 19th century. Some have described her as following in the footsteps of Manual Gregoria Tavarez, pianist, and Father of the Puerto Rican Danza.

Danza has been considered the national dance from Puerto Rico. Also, it is considered to be semi-classical and based on the Spanish contradanza but blended with Caribbean creole rhythms and melodies.

Otero is important for several reasons. She was a pioneering woman who challenged the dominance of men in the world of classical music in Puerto Rico. She honed her talents as a pianist to be considered equal to the finest male pianists of her time. Also, Otero served as a role model for girls and women who sought to pursue careers as instrumentalists and as pianists specifically. Otero was a teacher who eagerly sought to transfer her skills and music ideas to all kinds of students but especially young women.

The pianist was extremely charitable and performed to raise funds for several causes including those organized by the Catholic Church. Also, she traveled extensively through her native land, Europe, Latin America to present herself as an exemplary representative of her homeland. Many consider Otero the most famous woman from Puerto Rico of the 19th and 20th centuries.

After receiving her initial education from her father and hometown teachers, Otero embarked on offering concerts for her neighbors in Humacao. According to the biographer, Idsa Alegría Ortega, on the 20th of February 1886, thirty girls participated in a zarzuela for children titled Choza y Palacio under the directorship of Otero and her brother. On that occasion, she also assumed the directorship of the orchestra and this may represent the first time a woman assumes that role in Puerto Rico. Later, she also directed the Juan Morel Campos orchestra in Ponce and the Julian Andino orchestra in San Juan.  She earned newspaper coverage in several towns when she assumed directorships of several insular bands.

The Otero family was not wealthy, nonetheless, its members pooled resources and this enabled Ana and her brother to travel to Barcelona to hone her abilities as a pianist while offering concerts. When she arrived in the Catalán capital in July 1887, she was received, ironically by an existing Puerto Rican community. Her arrival was significant and received newspaper coverage when she performed at a benefit concert at el Teatro Cataluna. According to El Diluvio of July 7th, “Miss Otero delicately played the piano; she played various pieces with colorful certainty and good taste.” The concert was to raise funds for the Refugio de Escritores y Artistas Espanoles, according to the announcement by the theatre, El Dorado. Another publication, La Dinastia, provided a review of the concert on the following day and wrote of Otero: “The skilled pianist played several pieces with great precision and color.”)

In addition to her presentation in Spain, Otero competed in France for a scholarship offered by the conservatory in Paris in November 1887; she earned a student position without tuition. While in Paris she also studied piano and composition with the esteemed conservatory professor Alexis-Henri-Fissot. She remained in Paris for some time despite health issues and during her stay consulted with the pianist Antoine Francois Marmontel. According to Trina Padilla de Sanz, who prepared a sketch included in a book by Feranando Callejo, Marmontel had a significant influence on Otero. Callejo is considered Puerto Rico’s first musicologist, his book on the leading musicians of the period, was self-published in 1915; he made sure to include Ana Otero.

Based on available information, Otero established ties with the finest musicians from Paris and Spain and this explains in part, her level of sophistication.

In 1888 Otero returns to Barcelona to contribute to an international exposition. While there she meets and performs for Isaac Abeniz, a distinguished pianist and composer. The Spaniard was so impressed with Otero’s ability that he gave and dedicated several of his creations (compositions) to her. In the meantime, thanks to the publication of Ana Roqué de Duprey, a committed Puerto Rican teacher, the Otero accomplishments were widely disseminated in the homeland. Duprey published a literary review called Euterpe and this served as a kind of newspaper of the arts.

In 1889, Otero was back in Paris where on April 22 she offered a concert at eh 2nd historic Salle Pleyel and shared the program with a cellist and two violinists. The presentation was entirely of classical music and featured the compositions of Mendelssohn, Albéniz, Chopin, Bemberg, and others. Among the attendees was Dr. Ramón Emetrio Betances, considered the maximum Puerto Rican patriotic leader of his time. He wrote a letter on the following day expressing how gratified and impressed he was with her performance. In November of that year, she returned to Barcelona to offer another concert that consisted of the music of Schumann, Liszt, Chopin and Raff among others.

At the start of 1890, after a three-year stay in Europe, Anita Otero and her brother Felipe, returned to Puerto Rico where they were received with many accolades, newspaper coverage, and receptions. She immediately embarked on a notable tour through many towns starting in her native Humacao. Also, she offered concerts in Yabucoa, Las Piedras, Ponce, Aguadilla, Arecibo, Utuado, Cayey, and San Juan. The recitals often ended with her playing La Borinqueña, already considered Puerto Rico’s national anthem. After one concert, an attendee was so impressed that he took steps to give her a new grand piano.

After an almost two-year stay in the homeland, in December 1891, Anita and her sister Julia, who was also a fine musician, embarked on a tour through Latin America; starting in Venezuela. At the start of 1892, Otero performs in Caracas before an audience that included the president of that nation. Otero appeared to have an extreme commitment to representing Puerto Rico worldwide at a time when her homeland was involved in a quest for sovereignty from Spain. While in South America, she performed in Carabobo, Jacarigua, Valencia, Maracaibo, Cartagena, Puerto Cabello, and Barranquilla. This was followed by a trip to Curacao. From there she went to Costa Rica then New York.

In New York, Otero participated in several concerts including one to commemorate the fourth centennial of the arrival of Europeans in the Americas. The concert was sponsored by the Sociedad Literaria Hispanoamericana, at the famous Manhattan Athletic Club. In attendance was José Martí, Cuba’s leader of the struggle for independence. While in New York, she also met with the Nicaraguan poet, Rubén Dario, who dedicated a poem to the pianist, which is readily available.

At an 1892 gathering of Cuban and Puerto Rican distinguished leaders who sought the independence of their respective homelands, Otero made a presentation that included the Puerto Rican national anthem La Borinqueña. She then wrote the music to the anthem so that it would be published in the newspaper, La Patria, the official organ of the revolutionary movement based in New York. Chronicler Bernardo Vega reprinted the lyric that was, possibly, sung on that occasion. Memorias de Bernardo Vega is a classic of Puerto Rican diaries.

Otero had an extended stay in the States, where she performed in Baltimore, Boston, Chicago, and Philadelphia. At one point, she was selected to represent the Chikering piano company. Also, she taught piano in New York to earn income that would facilitate her stay.

In 1894, because her father was ill, Ana Otero returned to Humacao. Then she assumed teaching responsibilities and sought contributions to send a student to study music in Paris. IN 1896, Otero re-establishes herself in San Juan to teach piano. In 1897, with the help of the government, she creates an academy of music for girls and recruits her sisters Modesta, Josefa, and Julia as teachers. Several outstanding pianists were graduates of the pioneering academy including Carmen Belén Barbosa, Alicia Sicardó, Rosita Galińes, and Monsita Ferrer. While teaching, Otero also evolved into a composer of danzas and waltzes.

Anita Otero Hernández died on the 4th of April 1905; she was only forty-four years of age. She left a lasting legacy that is recalled to this day. She remains an important role model for all women. It is plausible that Anita Otero was related to Olga Hernández since both had roots in Humacao. Also, Miguel Hernandez, Olga’s father, was born in Humacao. Anita Otero’s grandfather was named Miguel Hernández; both were from the same town. 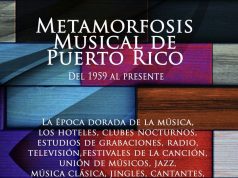 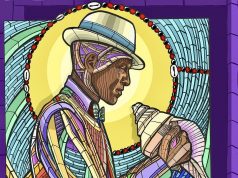