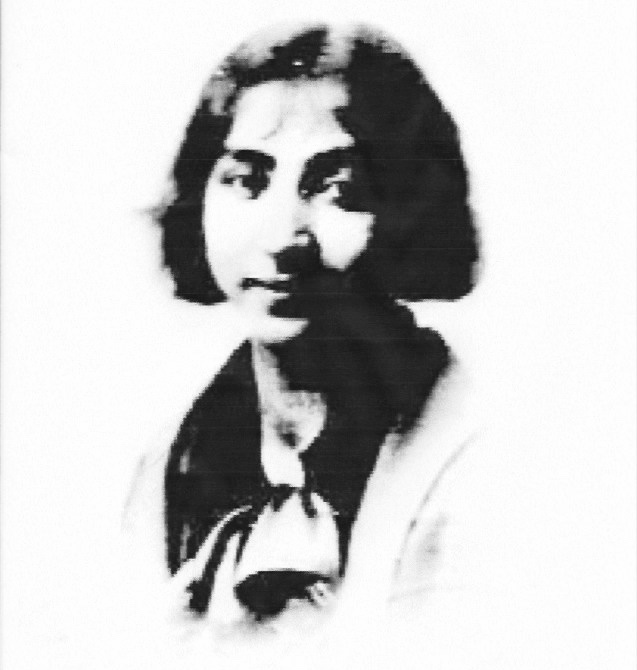 Violinist, vocalist, ANGELINA RIVERA is mostly forgotten but during her lifetime she was a musical trailblazer.

She was born in Arecibo, Puerto Rico in 1899 or 1903 and hailed from a musical family. Her father was the clarinetist, Anthony Rivera, and her sister, Santos “Lolita” Rivera was a double-bassist.

According to Basilio Serrano, her father, “Anthony Rivera settled in New York (Manhattan) in 1905. His wife and daughters arrived in 1906.” Which predates the Jones Act (1917), which imposed citizenship on the residents of Puerto Rico.

Angelina attended The Martin Smith School and was a member of the Martin-Smith School Symphony Orchestra in New York (1916-1918). She was also a classically trained soprano but mostly known as a jazz violinist.

In (1918) she was recruited by the African-American violinist, composer, and founder of the Southern Syncopated Orchestra (SSO) William Marion Cook. “An all-star group of 50 formally attired men, with a few women, who played and sang a diverse repertoire of light classics, popular songs, ragtime spirituals, and waltzes. Just two generations after slavery, the orchestra aimed to encourage, preserve, and uplift African-American culture and to help obliterate racial discrimination by modeling democratic ideals through instrumentation, personnel, and programming.”

It’s worth noting, Cook recruited musicians from the U.S., Cuba, Haiti, and Puerto Rico. Notable members of the group include the New Orleans clarinetist Sidney Bechet and the British vocalist Evelyn Dove (aka Norma Winchester).

In 1919, at eighteen, Rivera, her father, and sister were part of a 14-member delegation on an SSO tour bound for Liverpool, England. The same year Rivera married Pierre De Cailluaux (a.k.a. Lionel Jones, a member of the Jazz Kings) in London. While married, she went under the name, “Angelina and Angeleta De Caillaux.” After a divorce, she returned to her maiden name.

In 1921, Rivera traveled to Dublin, Ireland, to join the SSO and miraculously survived the sinking of the passenger ship SS Rowan, which was struck by an American freighter and cut in two by another boat bound for South Africa. Of the 120 onboard, 36 died, including nine SSO members. Rivera and other survivors appear in the British Pathé documentary film, “SS Rowan Survivors in Dublin.” (https://youtu.be/Jxb8y4zlyVM).

Rivera also performed with the jazz banjoist Freddy Guy and the pianist Fats Waller (1920s). In the book, Music is My Mistress (Da Capo Press, 1976), Duke Ellington writes: “We first knew him (banjoist Freddy Guy) when he was the leader of a small band that played in a joint on 135th Street owned by Earl Dancer. He had Fats Waller in the band and a beautiful chick named Angelina Rivera, who was a fine violinist.” Also, Rivera’s sister (Lolita) and father (Anthony) are mentioned in Sidney Bechet’s biography, The Wizard of Jazz.

1n 1926, she returned to Europe and recorded “I Love My Baby,” “I Found a New Baby,” “Skeedle Um,” and “Always” with Spencer Williams and the American born French diva, Josephine Baker. Rivera appears on the album, Josephine Baker, Dinah, The Complete Recordings (Jazz Age, 2017).

In the article, Angelina Rivera and Other Early Jazz and Vaudeville Women Violinists, Anthony Barnett poses the question, “Was Angelina Rivera not only the first woman violinist, black or white, to record hot improvisations, but also the first black woman violinist in any genre on record?” More than likely, yes, but the evidence is not conclusive.

In May 1930, Rivera and her sister attended a breakfast party for Duke Ellington at Smalls in New York. Afterward, they seemingly disappeared. Thanks to Basilio Serrano and the historian, Richie Blondet, we now know, “Like many of their Puerto Rican contemporaries with the pre-1930s U.S. Jazz circuit, who abandoned the ‘Hot’ Jazz scene and immersed themselves in other genres, the Rivera sisters, along with a third sister, transformed themselves into the song and dance team, the Cordoba Sisters. Also, they crossed-over to U.S. mainstream society and were beneficiaries of the “Good Neighbor Policy.”

In 1934, the sisters appeared in the film, Havana Cocktail with Cuba’s Orquesta Hermanos Castro, who interpret The St. Louis Blues. The Cordoba Sisters can clearly be seen at the 4:57 mark (see below). The pianist is Anita Rivera (Cordoba), the woman seated on the piano is Santos Lolita (Cordoba) Rivera and the tall, slender dancer is Angelina Rivera (Cordoba).

The 1940 U.S. Census shows that Angelina Rivera was working as a musician in a theatre, at the Teatro Hispano and listed under her maiden name, Angela De Caillaux.

Angelina Rivera died in October 1976 in Harlem, New York. Her contribution to early jazz is immeasurable yet, she has yet to receive the recognition and respect she rightfully deserves.

Origins of Jazz in Puerto Rico: The San Juan Workshop