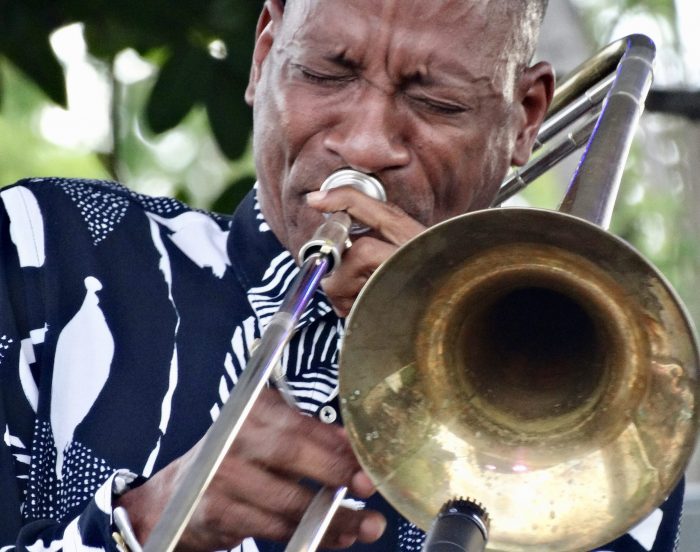 According to Pinckney, “The renaissance of Puerto Rican music in the 1950s and 1960s created a cultural climate in Puerto Rico that enabled jazz to reach its peak.” Several factors drove the renaissance. The Cuban Revolution, Fidel Castro’s rise to power and the ousting of the Mafia and the U.S. entertainment industry. Left with nowhere to go, from 1960 to the mid-80s tourists flocked to Puerto Rico and it became known as “The Entertainment Capital of the Caribbean.” The increase in tourism also led to improved economic conditions and the establishment of organizations, institutions, and venues that supported jazz. Among them, The San Juan Jazz Workshop, The Caribbean Workshop, and The Don Pedro Jazz Workshop. 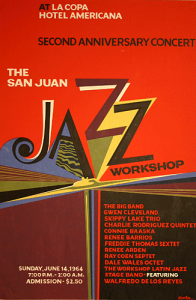 From the beginning, their “mission” was, “Allow musicians to write, perform, collaborate and present a wide variety of music to the public.”

Rodrigues was born in Massachusetts. He studied music at the Boston Conservatory and the U.S. Naval Academy. In 1949, as part of the U.S. Navy’s Special Service Division, Rodrigues visited Puerto Rico and fell in love with the island. Later, he returned, married, and established himself as a first-call leader and sideman.

Information on Dale Wales (1917-1985) is scant. However, he and his wife, dancer, and actress Liz Sheridan, who is perhaps best know for appearing on the Jerry Seinfeld Show, resided in Puerto Rico and performed regularly (together and apart).

Also, the Workshop hosted a weekly radio show on WIPR on Mondays titled “Taller de Jazz,” and a  quarterly “Live, in Concert” series at the Tapia Theater which was well-attended.

Musician, educator Paul Neves is another unheralded artist who played a significant role in developing jazz in Puerto Rico. Neves moved from the mainland to Puerto Rico and founded The Caribbean Jazz Workshop. A space where musicians commiserated, rehearsed, participated in jam sessions, and disseminated modern jazz techniques.

The Don Pedro Jazz Workshop was the brainchild of jazz aficionado Ana Vélez. As the story goes, in 1960, she discovered jazz LPs at her local pharmacy and fell in love with the genre.

The Workshop was founded in 1969 and was located on Esteban Gonzalez Street in Rio Piedras. Its director Ramon Soto Vélez (son of Ana Vélez), viewed jazz and Don Pedro Albizu Campos as symbols of freedom and felt the name would attract Puerto Ricans to jazz.

It is worth noting that Vélez was not a newcomer to jazz. Before he returned to Puerto Rico, he worked at a jazz club in New York City and was a booking agent in Europe. Interestingly, the renowned African-American pianist Mary Lou Williams was the person who encouraged Velez to promote jazz in Puerto Rico.

Under Vélez’s leadership, the Workshop presented clinics conferences, published a bulletin, and housed a rehearsal space and record store. Also, it provided opportunities for emerging artists, such as saxophonist David Sanchez, who made his solo debut under the auspices of the Workshop in 1991.

Vélez was also hosted the series, ‘Pintando al Ritmo de Jazz” (Painting to the Rhythms of Jazz), which combined music and visual art. Also, he produced the radio program El Tiempo a Jazz and Escala Internacional on WIPR TV.

The Workshop offered performances until early 2000. Its closing marked the end of a significant era in the development of jazz in Puerto Rico. 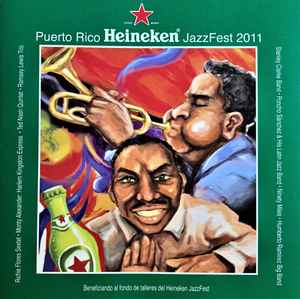 It’s impossible to talk about jazz in Puerto Rico without mentioning The Puerto Rico Heineken JazzFest. From 1991 to 2017, it presented some of the finest local and international jazz artists. Also, it put Puerto Rico on the map as a jazz destination.

AUTHOR’S NOTE: This article is a work-in-progress. New information will be added as it becomes available.