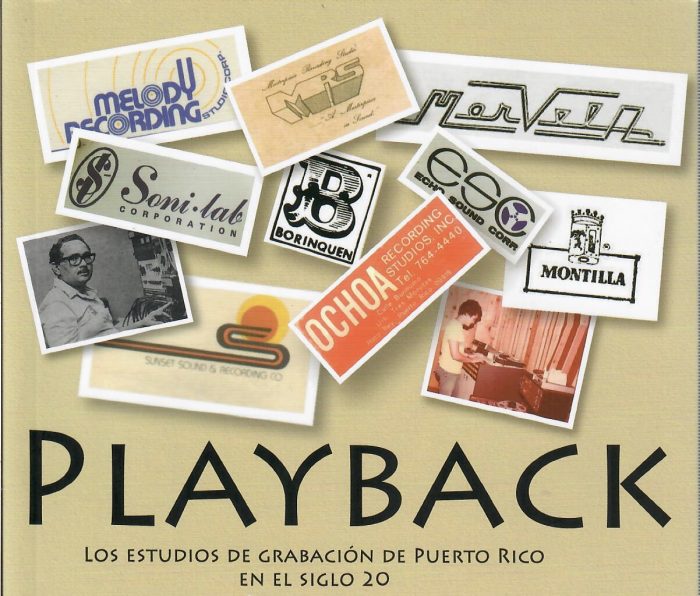 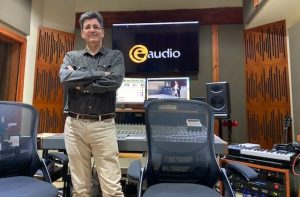 About nine years ago, The College of Cinematography, Arts, and Television invited recording engineer and educator Adalberto “Eddie” Rivera Torres to moderate a forum on Puerto Rico’s recording industry history. As he prepared for the event, Torres realized that a recording industry history told from the perspective of a recording engineer did not exist. Suffice it to say it was a learning moment and a once-in-a-lifetime opportunity to set the record straight. To his credit, Torres seized the moment.

The result is a comprehensive history of the island’s recording industry and a fascinating narrative that begins in the late 1800s with the advances in technology that led to the creation of “radio labs.” The book also includes overviews of roughly forty recording studios (many no longer exist). Moreover, it shines a light on the industry’s unsung pioneers, the equipment, the artists they collaborated with, and the recordings they created, many of them historic.

The book ends in mid-2000 with what Torres describes as “The Democratization of Music.” The advances in digital recording, the use of digital workstations connected to computers, and the proliferation of home studios and recording devices, for better or worse, allow anyone to record music. Despite the advances, Torres points out that nothing matches the thrill of interacting with an artist and creating music in a conventional recording studio. After thirty-plus years in the trenches, Torres should know!

In this writer’s opinion, the introduction titled “An Industry is Born,” and the appendix are worth the book’s price. If you’re a music lover, collector, or interested in Puerto Rico’s recording industry and the unsung pioneers behind the music, Playback is for you.

Adalberto “Eddie” Rivera Torres is a recording technician with more than 35 years of experience. He receives various national and international awards for his work in radio, film, and television commercials. Torres had also worked with national and international artists and made history when he won the first prize at the prestigious Cannes festival. Some of the projects for which Rivera has collaborated and received awards include the New York Festival Advertising Award (2019), Effie Latin Award (2019), INMA Global Media Award (2019), El Ojo de Iberomerica.org (2018), Chicago Latin Film Festival (2016). Rivera is also the author of Grabate Esto (Record This) – Theory and Concepts for Recording Engineers (eAudio, 2014). Torres is the owner of the recording studio eAudio, one of the most technologically advanced studios in Puerto Rico.