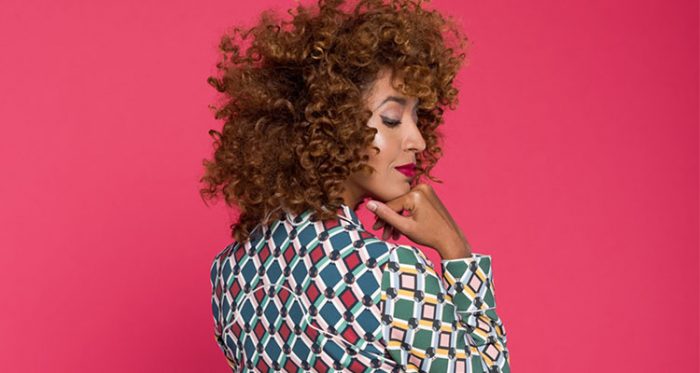 “Yilian is one of the most incredible talents of the new generation of Cuban musicians. She is a virtuoso, she is expressive, spontaneous and with a grace that makes her the favorite of all of us.” Chucho Valdés

Before she picks up her violin and walks onstage, Yilian Cañizares pays homage to her ancestors. Candles are lit. Prayers are said, and offerings made. Then as the house lights dim and her group of crack musicians file on before her, she’ll lean down and touch the floor as she enters.

“This always puts me fully in the moment,” says the vivacious Cuban singer and instrumentalist. “It allows the music and the ancestors to flow through me, to reach people even if they don’t speak my language. I go into a trance when I perform live,” she adds with a grin. “It is like a religious experience.”

All those who have marveled at her fiery blend of jazz, classical and Afro-Cuban rhythms, who’ve got goosebumps from her otherworldly voice, will testify to feeling transformed. Whether on stage or on record there are few artists as impressively talented as Cañizares, a Havana-born, Swiss-based thirtysomething with a respect for the past and a feel for the future – oh, and a smile to die for.

Two acclaimed albums, 2013’s self-produced Ochumare, and 2015’s Invocación, helmed by Alê Siqueira (Roberto Fonseca, Omara Portuondo) have strengthened Cañizares’ reputation as a trailblazer and boundary crosser por excelencia. Not for nothing was she declared ‘revelation of the year’ by French weekly Le Novel Observateur: with her charisma, tapestry of influences and the ease with which she sings and plays violin simultaneously, Cañizares is a bona fide discovery.

“My sound reflects the richness and mixture of cultures that I carry with me today,” she says in her fluent, accented English. “It is who I am: a woman. A Cuban. A musician. A citizen of the world.”

Cañizares grew up in Vedado, the neighborhood next to Havana’s Plaza de la Revolution. Early musical memories include her grandfather serenading her on guitar, and her mother singing as she accompanied herself on piano.

“Every weekend I’d be taken to see a classical orchestra, jazz quartet or salsa band,” she remembers. “My mother said I’d be chatting away, telling her I wanted to be up on the stage.”

Aged seven, she won a place at the prestigious Manuel Saumell music academy, to study piano and violin. This was the austerity-hit 1990s, Cuba’s so-called ‘Special Period’: “It was tough getting equipment, getting anything,” says Cañizares. She won the National Violin Contest of Cuba four times, nonetheless.

Cañizares was 14-years-old when she was offered a scholarship to study in Caracas, Venezuela. Two years later, a masterclass with a visiting Swiss-based teacher changed her life. “He told me I was gifted and encouraged me to apply for a place at his music conservatory.”

In 2000 Cañizares found herself in western Switzerland, where her playing and technique hit a whole new level. Big-name orchestras beckoned: on moving to Lausanne she spent six years contributing note-perfect takes to symphonies, concertos, and operas. Along the way, she began to feel like she was losing something. Craving a creative outlet, she quit.
“I was so inspired by [French jazz violinist] Stéphane Grappelli. The possibilities just blew me away. I wanted to translate this Grappelli universe to my tradition, and make it just as beautiful.”

She assembled a quartet of musicians from Germany, Venezuela, and Switzerland (and later, Cuba) and named it Ochumare, after the orisha deity of rainbows. Six months later, they won the 2008 Montreux Jazz Festival Competition. It’s been upwards ever since. In 2011 she graced Giles Peterson’s Havana Cultura project and has gone on to share stages with jazz gods including Ibrahim Malouf and Omar Sosa. More recently, she’s sung in French and Yoruba, the language of her West African ancestors, enhancing the lyrics with AfroCuban percussion.

“The traditional Yoruba canon is a huge influence,” she says. “These songs are melodic, rhythmic and powerful.”

“It wasn’t until I was halfway through making the album that I realized how much it was inspired by people who were no longer here. AfroCuban belief says the spirits of those you love and admire from a personal or artistic point of view continue to stay around you. I find that beautiful.”

Yilian Cañizares, then. A woman born in Cuba and living in Switzerland. An artist as passionate about classical music as she is about jazz, salsa, hip hop and rhythms from elsewhere. A unique performer who, when called upon, is able to join voice and violin and express herself as an orchestra might.

“I have a relationship with the violin that is passionate and precious,” she says of her current Italian-made instrument. “He is like a partner, a lover. We complement each other.” She pauses, smiles. “We still have a long way to go, he and I,” she says. “Always to the service of the music, and the ancestors.” 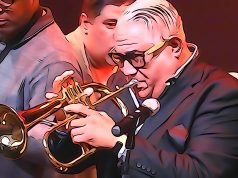 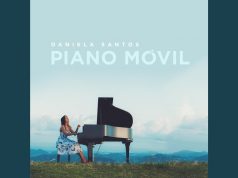