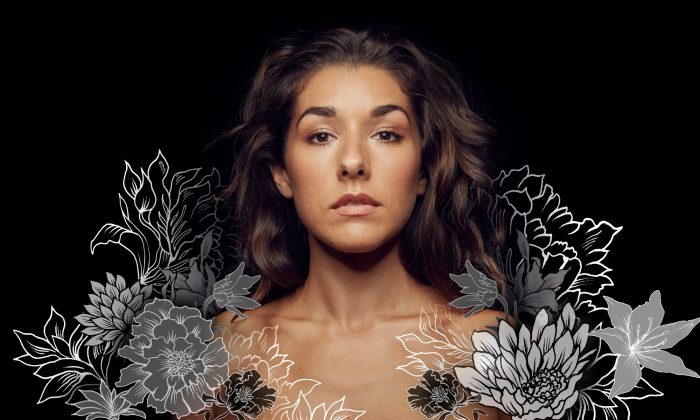 Surprising is the word that perhaps best describes Thana Alexa, an extraordinarily creative force in music. An awe-inspiring vocalist, composer, and arranger – for whom the voice is both a lyrical and experimental instrument – her music pushes the boundaries of the genre into new and unexplored territory with deep-seated roots in jazz and overtones of contemporary soul and world music.


“…a jazz singer with a global perspective…”
— THE NEW YORK TIMES

May 2020 Downbeat Cover Artist and Critic’s Poll Rising Star Vocalist for five consecutive years, Alexa is perhaps best known as the formidable vocalist and composer of her 2015 release, Ode to Heroes (Harmonia Mundi/ Jazz Village), a beautiful and poignant ode to the most influential musicians and personal heroes in her life. She toured this album to critical acclaim in the U.S. and Europe, was nominated for Best Jazz Composition by PORIN, the Croatian Music Academy (an honor equivalent to the Grammy® Awards in America), won the Alpe-Adria International Composition Competition for the title track, and was runner up in the Made in NY Jazz Competition for her arrangements.

“Thana isn’t afraid to take risks. Her vocal performances are powerful, vulnerable, joyful, spiritual, and genuine. Her use of rhythm, textures, and intricate harmonies is unique and at times, complex. Sometimes you think you know where she is going, then she SURPRISES you.” — REGINA CARTER / VIOLINIST, RECIPIENT OF THE MACARTHUR “GENIUS” AND DORIS DUKE AWARDS

Her latest album, ONA (“SHE” in Croatian), released March 27, 2020, is Alexa’s focus, her mission statement. Inspired by her attendance at the Women’s March in Washington DC in 2017, the album is influenced by the inspiration she draws from the life experiences of women, starting with the women in her family, and branches out to paint a picture of the experiences of women in modern society as a whole. The album speaks to us musically about every facet of womanhood, conveying a message of strength and empowerment. It is riveting, yet gentle, activist driven, and surprising.

“Thana Alexa’s ONA is an exquisite work embodying boundless creativity and genre that stretches to every corner of the Earth and the imagination. ONA is a story of strength, authenticity, and the deeply grounding nature of the divine feminine” — BECCA STEVENS / SINGER AND COMPOSER

ONA has spawned more female-focused projects: Alexa, together with Grammy® nominated artist, Nicole Zuraitis and one of NYC’s most versatile and sought-after bassists, Julia Adamy formed SONICA, an exciting new trio that fuses electronics, vocal loops, three-part harmonies, electric bass, keyboards and percussion into their unique original music and arrangements. Alexa also created the project Founding Mothers of Jazz in conjunction with MusicTalks Concerts to celebrate and honor the powerhouse women who helped build the jazz genre from the ground up, many of whom are not historically recognized for their contributions because of their gender.

Perhaps Alexa’s most important and ongoing collaboration has been with her husband, five-time Grammy® winner Antonio Sanchez (composer for the Oscar-winning Birdman film and drummer with Pat Metheny for 20 years). Together with his band Migration, they have recorded three critically acclaimed albums including the most recent CAM Jazz recording Lines in the Sand, a protest record about the immigrant experience. The group has toured worldwide and electrified audiences throughout North and South America, Europe, Asia, and Australia.