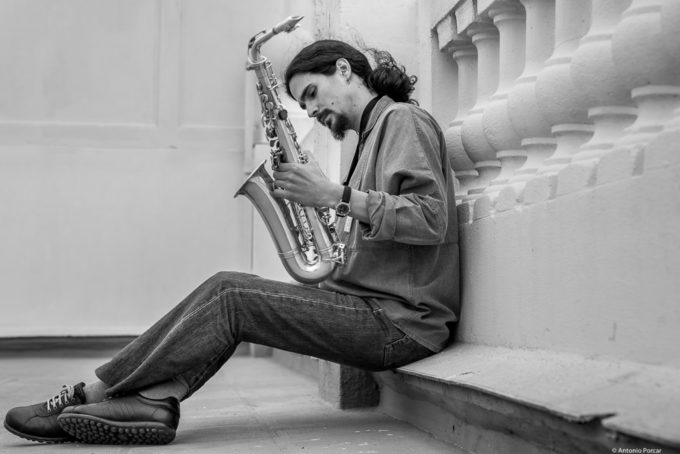 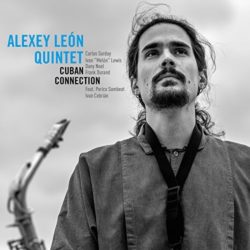 ALEXY LEÓN REYES is a saxophonist, flutist and a singer born in Manzanillo, Cuba.

He earned his Master of Music Degree at Berklee College of Music and graduated from Gnesin Academy of Music (Moscow, Russia).

During his studies, he represented the Gnesin Academy of Music at numerous festivals and jazz competitions.

He represented the Russian Academy of Music at the BT River of Music Festival, organized by the British Council playing in the Matthew Herbert Big Band during the celebration of the Olympic Games in London in 2012.

Also, Alexey participated as a member of both a jazz quintet and a big band in a workshop delivered by Herbie Hancock during the first International Day of Jazz in Moscow.

In spring 2013, he received the Michel Camilo scholarship to attend the Master’s program in Contemporary Performance at Berklee College of Music, Valencia Campus to study with acclaimed performers and educators Perico Sambeat, Alain Perez, Polo Ortí and Victor Mendoza.

During his studies, he participated in numerous concerts, clinics, and recording sessions.

His first album Cuba meets Russia released by Sedajazz label was chosen to the Spanish jazz showcase Jazz eñe and performed at the Rialto theatre, Valencia.

In December 2015 Alexey won the Juan Claudio Cifuentes prize for best soloist at the Jaime I University jazz competition.

Alexey is currently teaching at Sedajazz, Valencia and is active on the Spanish jazz scene.

His most recent album is titled Cuban Connection (Sedajazz). Alexey describes the concept: The music is very melodic, I wrote it for my quintet having in mind a very special sound based on the Afro-Cuban rhythmic tradition, improvisation and the language of contemporary jazz. Each composition is inspired by an experience that has left me marked – people, moments, places, etc.”