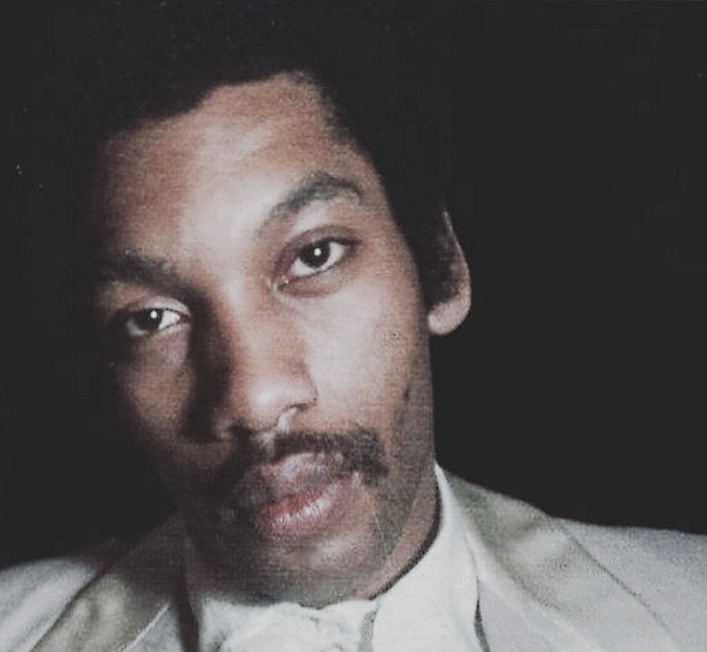 The tune Te Estan Buscando (Loose translation: (The Cops are Looking for You) was a track on trombonist, bandleader Willie Colon’s Guisando. Composed by Ruben Blades and interpreted by Hector Lavoe, the running joke was, it depicted street life so accurately the album reeked of marijuana!

Dimond grew up on Manhattan’s Lower East Side with his single mother and sister. His mother was a social worker and a university student. His estranged father was a Black Cuban.

How Dimond gravitated to the piano at such an early age is not known, but, according to several sources, he was self-taught, had instant recall and could play a tune “by ear” after hearing it once.

In the mid-60s Dimond, singer Ismael Miranda and Andy Harlow formed a sextet. Two years later, Dimond joined Willie Colon’s band and appeared on the albums, The Hustler (1968) and Guisando (1969).

Guisando’s success led to a contract with the booking agent, manager Richie Bonilla. According to Bonilla, “I was the first manager for Willie Colón and Hector Lavoe. At the time, Willie Colón was eighteen years old. He had the first album, El Malo (1968), but he was just another kid struggling. To make matters worse, the group was riddled with drug addicts. The piano player was great, a beautiful guy, his name was Marc Dimond, but he was a drug addict. So I started helping them by changing their musicians.” Bonilla fired several musicians, Dimond included and replaced him with Kent Gomez and later, Professor Joe Torres. 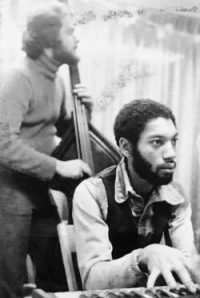 According to Larry Harlow’s Liner Notes, “The day has come, Conjunto Sabor is Mark’s band. He has written all the music, lyrics, and arrangements for this album. It’s all Mark Dimond! His piano playing is a cross between typical Cuban and Progressive jazz, is superb. He has chosen Angel Canales for his singer. Although it’s Angel’s first recording, you would have to look very far to top his performance. The members of the band are all friends and grew up in lower Manhattan. I’m sure Mark Dimond and Conjunto Sabor will inspire you with their ‘Brujeria.‘”

Today, Brujeria is a classic, but when it was released sales were tepid. Still, it heralded Dimond’s arrival as a leader, composer, and arranger and was one of the most progressive, and exciting recordings of the era. It’s worth noting, in 1977, at the height of Angle Canales’s popularity, Alegre Records reissued Brujeria under the title, Angel Canales, Mas Sabor and blatantly attempted to erase Dimond’s contribution.

In 1972, after the departure of its pianist, Dimond performed with the Dicupé Orchestra. According to the orchestra’s bongo player, “Markolino played a lot with us but it was a problem because he was always late. During that time many played with us but Markolino was the one who stayed the longest.”

In 1974 Markolino was invited to record on Hector Lavoe’s debut as a soloist, La Voz (1975). On the tune, Rompe Saraguey Dimond performs one of his most popular solos. Also, in 1974 he participated in Ismael Quintana’s first album as a soloist. Also, there is speculation that Dimond sat in with the Fania All-Stars when Larry Harlow was not available and before Maestro, Papo Lucca became the orchestras regular pianist.

According to Producer, Aaron Levinson, “From a compositional standpoint, the album is mainly a Mark Dimond affair. Five of the eight tracks are composed by him. The remaining are Cuban titles and the final track, titled Por Que Adore, is composed by the phenomenal Tite Curet Alonso. It was an astute choice to sequence the album with Tite having La ultima palabra! (the last word). Likewise, starting the album with the Markolino original, Sabroson sets the stage for the loose and super funky vibe that permeates the album. The two Cuban songs included remind us of the debt everyone owes Cuba and capture the zeitgeist of the típico movement in New York that honored that tradition. It’s a shame that Markolino and Frankie did not make more records. Still, it also makes albums like Beethoven’s V seem all the more magical because of their rarity. Suffice it to say; Dimond and Dante were a dynamic duo!”

In 1975, Vaya Records released The Alexander Review. Despite the impressive lineup, the recording did not live up to the record record company and the public’s expectations. Still, it is  significant for several reasons. It was Dimond’s first attempt at connecting with his African American roots and the personnel included the sons of Randy Weston (Azzedin Weston) and Thelonious Monk (TS Monk), two of Dimond’s primary influences.

Shortly after that, Dimond dropped out of sight for roughly nine years. First-hand accounts indicate, at least part of that time, he was in and out of rehab.

About one year later, Andy Harlow received a telephone call from Dimond’s mother, who, at the time, was retired and living in Augusta, Georgia. According to her, Dimond moved to the Bay Area, successfully reunited with his father, and acquired a job as a piano salesman. Shortly after that, at 36, Dimond collapsed and did not recover. The official cause of death was cerebral syphilis.

What to make of Mark Dimond’s today? In an exclusive interview with Radio Gladys Palmera, the pianist and former musical director of Hector Lavoe’s band, Gilberto “Pulpo” Colon, praises Dimond and cites him as a primary influence. “I’m a Mark Dimond fanatic! Though some won’t admit it, Markolino influenced many of the pianists of his generation. Lest we forget, he was an African-American who loved Latin music and played with more ‘sabor’ (feeling) than many Latinos. And, he played jazz!”

In Andy Harlow’s opinion, “Had Mark’s life taken a different turn, he could have been the ‘Prince’ of his generation.”