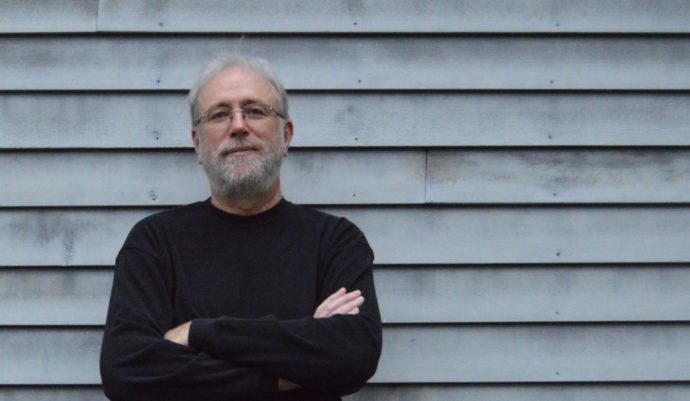 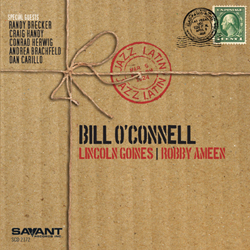 After a 40-year long career that has seen him excel as a leader, soloist, arranger, musical director, and accompanist for some of the most celebrated names in jazz and Latin music, BILL O’CONNELL can lay claim to a track record of challenging and artistic-diverse triumphs that few of his peers can match. As a recording artist, his 13 dates as a leader have drawn universal critical acclaim while his talents as a pianist and arranger have been tapped by a diverse range of noted soloists to elevate their sessions. Today, as both a respected educator and leader of The Latin Jazz All-Stars, O’Connell’s professional life brims with new opportunities to express and fulfill his singular music vision.

O’Connell was born in New York City on August 22, 1953. After high school, he studied classical piano at Ohio’s famed Oberlin Conservatory of Music. Returning to New York, he was drawn to and became quickly immersed in the heady Latin jazz and salsa scene that was flowering in the city in the 1970s. His first big break came when he joined Cuban conga player and bandleader Mongo Santamaria’s Latin jazz group in 1977 as keyboardist. Working with the legendary conguero for two years afforded the young pianist the opportunity to hone the three attributes he would emphasize throughout his career – composing, arranging, and playing. His time with Santamaria also resulted in the first of O’Connell’s many recordings on two LPs for the Vaya label, Amanacer and Mongo ala Carte – essential albums that are today coveted by collectors of vintage Latin jazz vinyl. Another rarity and further documentation of his involvement in the avant-garde of Latin music at the time was Jasmine (West 54), an LP by a quartet of the same name that featured Roger Rosenberg on baritone sax.

“Most of my contemporaries didn’t go down this path,” the pianist reflects, commenting on his experience with Santamaria and, in following decades, many other Latin jazz music greats. “But I saw the beauty in this music, and it touched me on both an emotional and intellectual level,” he adds. “So, four decades later, here I am.”

Although he quickly established himself as an in-demand keyboardist and arranger on New York City’s vibrant Latin music circuit, O’Connell didn’t forsake his passion for straight-ahead jazz and chalked up engagements with such hallowed improvisers as Sonny Rollins, Chet Baker, Gato Barbieri and Emily Remler. With the late bassist Charles Fambrough, he enjoyed a long working relationship that produced four recordings, including two high profile projects for the famed CTI label, The Charmer (1992) and Blues at Bradley’s (1993). The pianist displayed his versatility by-way-of accompanist roles for several leading jazz vocalists, resulting in four albums with Jon Lucien, two with Janet Lawson, one with Nnenna Freelon and performances backing Kenny Rankin. Gigging with storied bossa nova singer Astrud Gilberto produced a deep understanding of Brazilian music idioms that he often appropriates for his arrangements. All the while, O’Connell continued to polish his Latin chops, performing with such idiom luminaries as trumpeter Jerry González’s Fort Apache Band and trombonist Papo Vázquez.

He recorded Searching, his first album as a leader, in 1978 for the Inner City Records label, but O’Connell soon put his solo aspirations on hold to enter an especially propitious phase of his career as music director and keyboardist for Dave Valentín. By the early 1980s, the young Nuyorican flutist had become the most popular and commercially successful Latino instrumentalist of his generation. The keyboardist began his professional association with Valentín 1981 on the album Pied Piper on the prestigious GRP label. O’Connell contributed his composition “Dragon Fly” and played on that track. In 1984, he joined the group full-time for the recording of Kalahari, another GRP date. He maintained a strong friendship and close working relationship with Valentín through the release of 15 albums, culminating in 2011 with the flute legend’s final recording, Pure Imagination, for HighNote Records.

O’Connell resumed his recording forays as a leader in the late 1980s with Love for Sale (Pony Canyon) and Signature (Blue Moon Mesa), followed in 1993 by Lost Voices (CTI). In recent years, the pianist’s recording output has accelerated, producing albums that range from his first ever solo recital, After the Dust Settled (Random Chance), recorded live in Moscow’s Tchaikovsky Hall in 2011, to a duo effort in 2015 with saxophonist Steve Slagle, Power of Two (Panorama Records), and his latest aural adventure with The Latin Jazz All-Stars, Heart Beat (Savant), released in 2016.

Also included in his discography are the particularly inventive Triple Play (Savant, 2008), a trio format featuring percussionist Richie Flores and Valentín on flutes, and a follow-up, Triple Play Plus Three (Zoho, 2011), which added Cuban clarinetist Paquito D’Rivera and mallet master Dave Samuels to the mix. 2010 produced Rhapsody in Blue (Challenge), a sextet effort featuring members of his regular Latin jazz ensemble plus vibraphonist Dave Samuels. In 2014, Imagine (Savant) showcased the group that has become O’Connell’s primary focus, The Latin Jazz All-Stars, with Conrad Herwig on trombone, saxophonist Steve Slagle, bassist Luques Curtis, Richie Barshay on drums and percussionist Richie Flores. In addition to his role as a leader, the pianist has also become an essential ingredient, as both keyboardist and arranger, of trombonist Herwig’s Latin Side Of recordings that put a Latin twist on the compositions of such jazz giants as Herbie Hancock and Joe Henderson.

Leading music critics and jazz publications have long praised O’Connell’s artistry. Alex Henderson, writing for AllMusic.com, stated that “As a pianist, he is known for a lyrical approach that owes something to Keith Jarrett, Bill Evans, and Chick Corea, as well as Herbie Hancock.” “The range of his artistic spectrum seems limitless,” declared George Carroll in his review of Latin Jazz Fantasy, the pianist’s groundbreaking 2004 album on the Random Chance label that featured a string orchestra and such guests as trumpeter Randy Brecker. “I suggest that my readers will be moved by this colossus of musical dignity and improvisational authority,” the critic concluded.

Black Sand, a 2001 release for Random Chance that featured Dave Valentín, bassist Andy Gonzalez, and drummer Steve Berrios, prompted Mark Holston of Hispanic Magazine to write, “Putting the primary accent on the Latin side of the stylistic equation proves the point Bill O’Connell has been making all of his professional life: Black Sand sizzles.” Chris Heim in JAZZIZ Magazine, reviewing Triple Play, concluded that “The skill and chemistry of the players [and] the many small pleasures in arrangement and execution add up to a surprising, high-scoring set.” Downbeat weighed in on the 2013 Savant release Zócalo by O’Connell and The Latin Jazz All-Stars, with critic Josef Woodard observing that “Restless harmonic and rhythmic shifts meet restless idiomatic moves, but in the most natural, vibrant and musically-truthful way.” All About Jazz lauded Rhapsody in Blue, proclaiming “A taste of the Latin style, a measure of hard bop with a touch of mainstream and a slice of standards makes [the album] a varied musical project offering enough from across the jazz spectrum to please just about everyone.”

A four-time recipient of the “Jazz Writer of the Year” award from SESAC, the performing rights organization, O’Connell is on the jazz faculty of Rutgers University. As a member of a small fraternity of non-Latinos who have made significant contributions to the Latin jazz movement of recent decades, his importance cannot be overstated. As longtime associate Dave Valentín points out, “I’ve never heard him take a bad solo. He’s also a wonderful comper. Some pianists are good in one area but weak in the other. Bill is a master of both.” And, as his illustrious career vividly illustrates, O’Connell is also a master of myriad music idioms and an endless range of sophisticated keyboard and arranging skills.