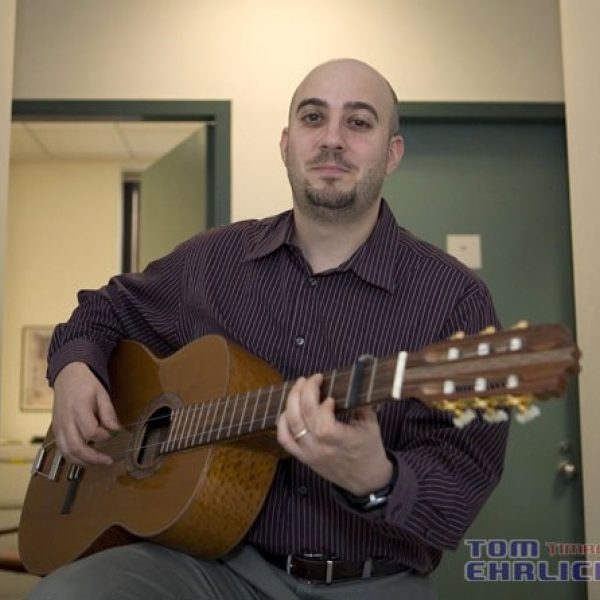 As the leader of the Latin jazz group, Sonido Isleño (founded in 1996), he has performed throughout North and South America, Europe, and the Caribbean while releasing five internationally acclaimed albums of his original compositions. In 2007, Lapidus served as musical director and arranger for “Garota de Ipanema” (JVC/Victor Japan) with Kaori Fujii and toured Japan twice. In 2008, he recorded “Herencia Judía” an album that Newsday’s Ed Morales called “thoughtful and passionate.” In 2014, he released his eighth album as a leader, “Ochósi Blues” featuring NEA Jazz Master and percussion legend Cándido Camero, Bobby Sanabria, Pedrito Martínez, Gene Jefferson, Frank Anderson, Enid Lowe, and jazz organ phenomenon Jared Gold, among others. As a composer, Lapidus’s music has been recorded by groups in Cuba and Japan and has been featured in documentaries and television.

Lapidus was exposed to music by his grandmother, a pianist and singer active in the 1930s and 1940s, and his father, who played in Latin and jazz bands in New York City and in the Catskill Mountains in the 1950s and early 1960s. Through his father’s record collection and stories of his father’s visits with his Latin American relatives, the seeds of Latin music were planted. Born into this musical family, Lapidus moved numerous times throughout the United States before settling in Brooklyn and then Manhattan at the age of 14. Trained in piano from the young age of 6, he moved through a variety of instruments including guitar, trumpet, and bass before concentrating on the guitar. Yet it wasn’t until the 1980’s that the youngest Lapidus became immersed in Latin music when he moved to a predominantly Spanish Caribbean neighborhood in New York City, where numerous important musicians also resided. Living a block away from Mikel’s jazz club, Lapidus still has vivid memories of practicing in Mario Rivera’s house or seeing Mario Bauzá walk down the street. Deciding he needed a complete musical education, Lapidus earned two degrees from Oberlin Conservatory and Oberlin College, becoming one of the program’s first jazz guitar graduates.

In 1994, Lapidus started to play the Puerto Rican cuatro and Cuban tres professionally after first coming into contact with these instruments as a teenager through performances by musicians in his neighborhood. After leading his own quartet at festivals and clubs throughout Europe and winning a grant to study briefly with Steve Lacy in Paris, he returned to the U.S. and worked with Joe McPhee, Joe Giardullo, Tani Tabal, Thomas Workman, and other creative improvisers. At the same time, Lapidus began performing with Larry Harlow, Alex Torres, and other Latin music luminaries in New York and Puerto Rico.

The first trip to Oriente, Cuba in 1997 began a solid grounding as a specialist in the music of Eastern Cuba and subsequent trips to the island acquainted him with distant relatives on the island. Shortly thereafter, Lapidus began graduate school and completed a Ph.D. in Ethnomusicology at the CUNY Graduate Center in 2002 where he is now on the doctoral faculty. In 2008, he published the first-ever book on changüí (Origins of Cuban Music and Dance: Changüí). He has also published numerous conference papers, book chapters, and peer-reviewed scholarly articles on Cuban and Puerto Rican music, Latin jazz, and salsa in both Spanish and English. Lapidus has also written liner notes for a number of CDs by artists such as Andy González, Típica 73, and Larry Harlow. Lapidus has won a wide range of local and national grants for his research including a prestigious fellowship award from the National Endowment for the Humanities for his forthcoming book on the history of Latin music in New York.

As an educator, he has taught popular music of the Caribbean, Latin music in New York, music theory, guitar, and world music at the New School University, Queens College, and John Jay College of Criminal Justice, CUNY where he is currently an associate professor of music and chair of the Art and Music department. In addition, he has served as a scholar-in-residence with the New York Center for Jungian Studies and the Jewish Museum during several humanitarian missions to the Jewish communities of Cuba between 2004-2016. Lapidus has also given workshops on Caribbean music, jazz, composition, and improvisation at the elementary, secondary, university, and graduate levels throughout the United States, Puerto Rico, Dominican Republic, and Colombia.

2018 will mark 30 years that Benjamin Lapidus has been a professional musician and 22 years since the founding of his Latin jazz group Sonido Isleño. 2020 will see the release of Lapidus’s long-awaited book, New York and the International Sound of Latin Music, 1949-1990 (University Press of Mississippi).