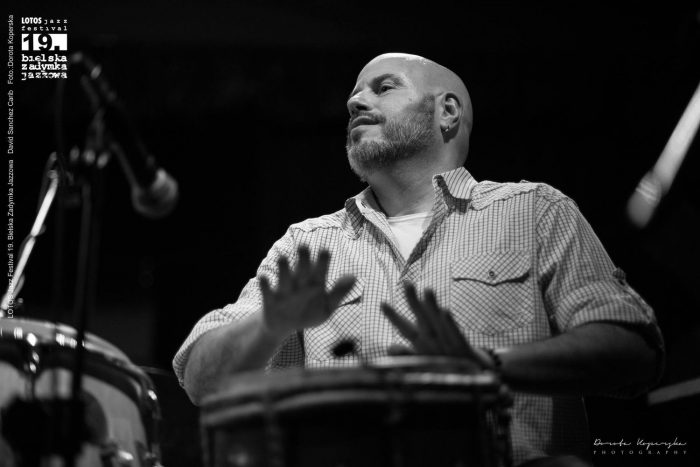 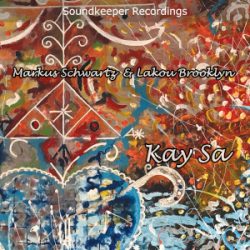 Born in Copenhagen, Denmark, Markus Schwartz grew up in an American household surrounded by jazz and has devoted more than 25 years to learning the wealth and complexity of traditional Haitian religious music. Moving in and out of Haiti since the early 1990s, Markus followed the lead of Haitian percussionists on pilgrimages into the countryside to learn the intricate and powerful drumming styles of the various Lakou (historic religious compounds), such as Badjo, Soukri, and Souvenance.

Settling in Brooklyn in the late 1990s, Markus became a sought-after drummer at Haitian religious ceremonies, and was instrumental in creating the ground-breaking Haitian jazz quintet Mozayik, bringing his informed arrangements of Vodou rhythms to jazz standards, traditional Haitian songs, and Mozayik’s original compositions. He has since become a first-call percussionist on the NYC Haitian music scene, performing and recording with a diverse array of artists across many genres.

Current projects include his own ongoing band, Lakou Brooklyn, as well as membership in Grammy-winning saxophonist David Sanchez’ Carib project, Godwin Louis’ Global project, Bohio Music with Monvelyno Alexis & Riva Nyri Precil, and We All Break, led by the iconic drummer Ches Smith, along with pianist Matt Mitchell and Haitian master drummer Daniel Brevil. Markus maintains an active freelance schedule as well, appearing locally and abroad with a host of talented artists from the Haitian community and beyond.