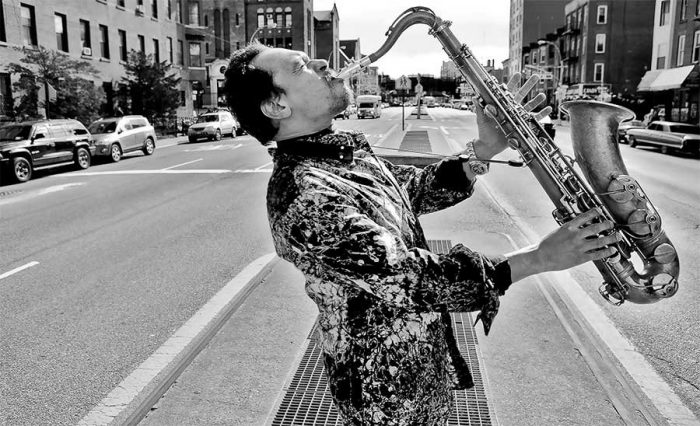 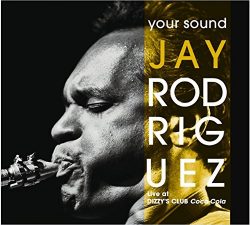 Jay Rodriguez is one of the busiest men in jazz, and one of the few playing most all the reeds as a leader and sideman with wildly diverse musicians, synthesizing these experiences within his own projects. Jay picked up the clarinet in grade school at age 7, after moving to NYC in 1970 from Barranquilla, Colombia, and furthered his reed studying with Phil Woods (´82-´84), Joe Allard, Tito D’Rivera (father of Paquito) and Joe Henderson. He was playing lead alto with the late great Tito Puente by the age of 15, graduated with the highest honors from New York City’s renowned High School for the Performing Arts and continued his studies at Manhattan School of Music and The New School.

When asked about his childhood, Rodriguez recalls: My saxophone guru, Mark Friedman, tried to teach me how important it was to be a kid. I didn’t listen, so I was playing gigs constantly. I’d be coming home at 6 o’clock in the morning, then going to school. That was my childhood and I don’t regret it. Always open-minded and versatile, Jay´s first jobs included Latin bands, jam sessions in Harlem, and studio work on commercials. Since the late ´80s, he has split his time between gigs with Bill Ware (´88), Groove Collective (´93), Medeski, Martin and Wood (´94), more mainstream acts like Dizzy Gillespie´s United Nations Orchestra (´91), Gil Evans´ Orchestra (´92-´94), David Murray, Doc Cheatham, Kenny Barron and Roy Hargrove (´94). Capable on nearly all reeds, but primarily a soloist on saxes and flutes, Jay has a lithe sound and refreshing willingness to explore any genre and contribute mightily to any ensemble.

He is also the Musical Director and founding member of the New York City phenomenon Groove Collective. In its over two-decade career, the band has opened for and jammed with James Brown, backed Tupac Shakur, and shared the stage with Isaac Hayes, Erykah Badu, The Roots, and B.B. King, among others. Rodriguez also earned two of his three Grammy Nominations for the band’s album “Declassified.” Jay earned one of his Grammy Nominations for the band’s album “People People Music Music” (2006).

Jay has also worked on dance projects with Little Louie Vega, Dennis Ferrer, DJ Smash, and recorded/toured with Prince, Gangstar, DJ Premiere, George Porter Jr. and more.
His pantheon of important musical contributions has been a part of the NYC music scene in many genres as a composer, arranger, and soloist for the past 30 years. Many of Jay’s achievements can be found in the “Encyclopedia of Jazz” (authors: Leonard Feather and Ira Gitler).

Recently signed with Manager/Producer Suzi Reynolds, Jay is hard at work on a new recording and reviving Groove Collective with a new album. Rodriguez remains as active as ever on the international scene, performing over 200 gigs a year.