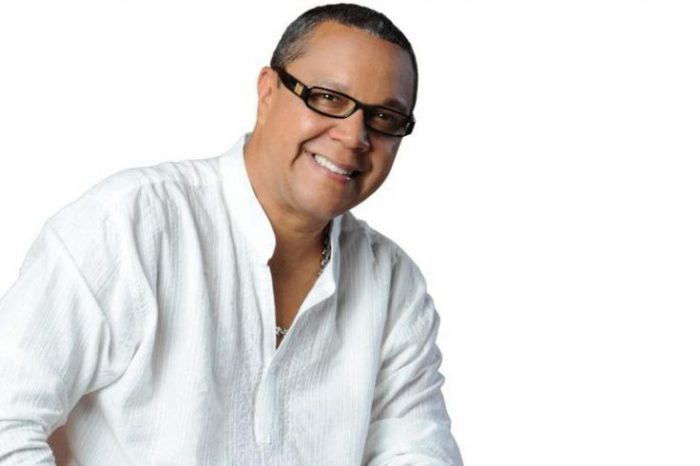 During the 1980s he achieved international recognition as the lead singer of the salsa group, Free Set, whose hits include Decide, Do Not Blame Me and Elena Elena. Today, Herman is best known as the lead vocalist (sonero) for the Eddie Palmieri Orchestra.

In 2014 he recorded the album La Voz del Caribe (Salsaneo Records), which was hailed as “flawless, passionate and strong.” Also, Ben Ratliff (New York Times) described the recording as “a textbook for (Herman’s) genre, mapping out the aims and dimensions of his art.” In 2016, he participated in the This Is Salsa! tour, which featured his greatest hits and new material.

A master of the sonero tradition, Herman has performed and collaborated with Tito Puente, Johnny Pacheco, Manny Oquendo and Libre, the Machito Orchestra, and Israel Cachao Lopez among others. To date, Herman has recorded roughly 45 albums and received two Grammy awards.

A quintessential sonero, showman and one of the hardest working singers on the international salsa scene, Herman Olivera has earned the title, Sonero of the 21st Century!