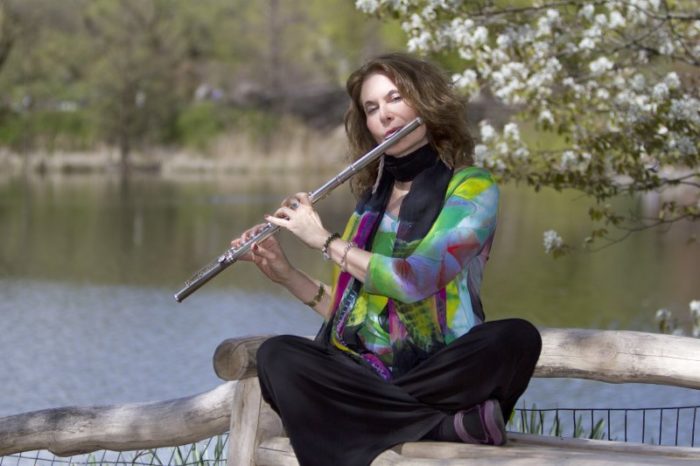 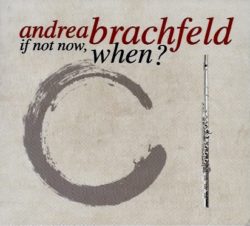 I was brought up in a household where it was mandatory to take the piano. I studied it for seven years starting at age six. At age 10 I found out that you could take the flute in school and get out of class; so the flute it was! I entered the High School of Music and Art in 1969, majoring in the flute. There I met and played with, Noel Pointer, Nat Adderly Jr., Dave Valentín, Earl Macintyre, Buddy Williams, among many other fantastic musicians. Noel was instrumental (no pun intended) in teaching me how to write music down. I had a term paper I had to do for a Bible class, and I waited until the last minute to do it. Finally, I chose an excerpt from the Rose of Sharon, and wrote music to the spoken word. Noel played the violin, I played the flute, and Michael Klein (now a renowned poet) played the piano and recited the text. The teacher liked it so much that we performed it on one of the first cable TV channels as a plug to save the funding for Music and Art, as they wanted to do away with the program and the school.

My first jazz gig was at age 16 when I got a quartet together, wrote my own music, and played at “All Night Soul” at St. Peter’s Church, thanks to Reverend Gensel. From that point on improvisation became a way of life for me. At that time Jazzmobile had workshops every Saturday morning where jazz greats Jimmy Heath, Billy Taylor, among many others, gave their time to teach young people how to play jazz. I was blessed to have Jimmy Heath as the flute teacher. He was not only a teacher of music but also taught me many things about life. I also went to the Jazz Interactions workshop, an organization run by Joe and Rigmor Newman at the time. There I met Yusef Lateef and Barry Harris. Barry always said that if you can’t carry your instrument, you shouldn’t be playing it. Yusef was the flute teacher, and he turned us on to many different types of music including Eastern music.

Jazz FlutistIn 1974, I was awarded the Louis Armstrong Award for outstanding Jazz student from Jazz Interactions. It came as a complete surprise! Along with the award came a $500 scholarship to the college of my choice, and $1000 if I attended the Berklee School of Music. I chose to go to the Manhattan School of Music as I wanted to learn how to play the flute well before I learned a specific style of music and at the time there were no flute teachers at Berklee. So, in 1973 I went to the Manhattan School of Music. There I studied with Harold Bennett and Andrew Loyla. I also took lessons from Hubert Laws, Sam Barron, Eddie Daniels, and George Coleman. Manhattan didn’t have an extensive Jazz program at the time, but there were two ensembles. The first was led by Dave Friedman and the second by Valerie and Bobby Capers. Dave’s class was really laid back, and I learned a lot. Valerie’s class was great too. She is a phenomenal teacher. Other people who were at Manhattan at the time included Kenny Kirkland, Fred Hersch, Angie Bofill, Noel Pointer, and Rodney Jones among many others.

At some point or another, we all played with each other. It was an incredible time to be in New York. During my stay in Manhattan, I got involved in playing Charanga music. I was at a club called the Tin Palace down on the Bowery, and my friend Lloyd McNeil was playing there with his band. I sat in, and Mauricio Smith was in the audience. He came up to me afterward and asked if I wanted to play in a Charanga band. Work was work, so I said sure. That was the beginning of my Afro-Cuban musical influence.

I worked with Tipica New York, The Benito Sextet, Charanga ’76, Tipica Ideal, Charanga America, Joe Quijano, Conjunto Libre, Joe Cuba and many other bands. I also sat in with Tito Puente, Ray Barretto, Machito, and others. There was so much music happening in those days. Each club would hire at least three bands a night, so we were able to check each other out. It was great!

Andrea Meditating in nature while I was playing the Charanga gigs I also pursued my interest in jazz. I have always managed to put together groups for gigs. I have had Frank and Jay Clayton, Charles Eubanks, Adam Nussbaum, Peter Fish, Jeff Andrews, Rob Schneiderman, Kenwood Dennard, Mark Helias, Frank Stagnitto, Tom Whaley, among others, as sidemen in my jazz groups.

In 1978 I recorded my first LP called “Andrea” produced by Vicente Barreira, owner of the Casa Latina record store. I had some amazing musicians on the CD including Louis Bauzo, Barry Rogers, Johnny Almendra, Bobby Rodriguez among others. Jose Madera produced it, and I believe it might have been the first Charanga CD to have trap drums played by Paul Kimbarrow. Louis also played batá

After graduating Manhattan, I continued playing wherever I could. One day I got a call from this guy who spoke to me in Spanish. At the time I didn’t understand a lot or speak it, so I wasn’t sure what he was saying. It ends up that he was offering me a gig to go to Venezuela. I thought that was ok so I said yes. Little did I know a four-week gig was to turn into a 2 1/2 year one! I signed a contract with him to play in a popular typical Venezuelan band for a year. After that, I got a gig in a club called the “Juan Sebastien Bar” in Caracas playing jazz six nights a week. One thing led to another and eventually I was doing jingles. Then I formed my first Latin Jazz band. During this whole time, I had been writing music, but I didn’t view myself as a composer. The band opened for a number of people including Gary Burton, Paco Lucia and lastly Chick Corea. By the last gig, I was married and pregnant and ready to return home; which I did.

When I got back, I found that there wasn’t as much work as before and I realized that I wanted to devote more quality time to my family. So for 17 years, I had some kind of musical group, but I always stayed local and low key so I could be there for my family. During this time I returned to graduate school where I earned my Masters and am currently certified in six different areas. Upon completion of my educational pursuits, I decided to change focus and redirect all my energies toward my music. I produced my own CD in 1998 after contacting many record companies. My energy from that point on has been dedicated to marketing, promotion, composing and playing my music.

Grooving on FluteIn the summer of 2000 I signed with Spirit Nectar Records, a company out in San Francisco. The CD, “Remembered Dreams”, my first CD, was released in May of 2001. In 2003 I signed with Latin Cool Records, and they released my 2nd CD, “Back With Sweet Passion” a Charanga Jazz CD. That CD features the creme of the creme in the Salsa field including Oscar Hernandez, leader of the worldwide acclaimed Spanish Harlem Orchestra, Alfredo de la Fe, virtuosic Charanga violinist, and Chembo Corniel, master percussionist, among many other great musicians. Then in 2006, I released a CD which I collaborated with Chembo Corniel called “Beyond Standards.” This CD features Hilton Ruiz, Steve Turre, and Pedrito Martinez. We recorded mostly standards with our own kind of twist. Sadly, this happens to be one of the last CD’s that Hilton recorded. My 4th CD is “Into the World: A Musical Offering” which features Mike Longo, Paul West , and Brian Lynch. I then recorded a meditation CD called, “Songs from the Divine” which is a solo CD with synthesizers.

In October of 2012 “Lady of the Island”, was released by ZOHO music featuring Wallace Roney, Wycliffe Gordon, and Bill O’Connell, longtime musical director for Dave Valentín. He also produced the record as well and wrote the arrangements.

I have traveled to Cuba a number of times to perform at the Havana Jazz Festival and most recently traveled to Croatia to teach masterclasses about Jazz and to perform. I am also an integral part of the Wallace Roney,”Universe” Orchestra playing Wayne Shorter’s long-lost music originally written for Miles Davis.

In September of 2015, I was awarded the “Best Jazz Flutist “ from Hot House Magazine. It came as a total surprise to me, and I am very grateful to have received it!

I currently tour with my own group, Andrea Brachfeld and Insight featuring Bill O’ Connell, Harvie S and Jason Tiemann, the Wallace Roney “Universe” Orchestra and The Bill O’ Connell Quartet / Dave Valentin Tribute Band featuring Lincoln Goines and Robby Ameen where we recently came back from a tour in Japan playing at the Cotton Club. In June 2017, I was awarded a grant from the prestigious organization, Chamber Music America, and the Doris Duke Charitable Foundation, to compose a new jazz work. Her new CD, “If Not Now, When? ” which will be released on Jazzheads in May of 2018, reflects this new music.

Upon closing, I would like to add that I have discovered that no matter what you are doing in your life, you have the ability to partake in the creative process. I was able to maintain my sanity and flow of the creative process cultivating and nurturing that idea during the time I was teaching full time. Every day I feel blessed to be alive and to be able to play the flute, compose my music, and continue to grow in whatever direction I am taken.