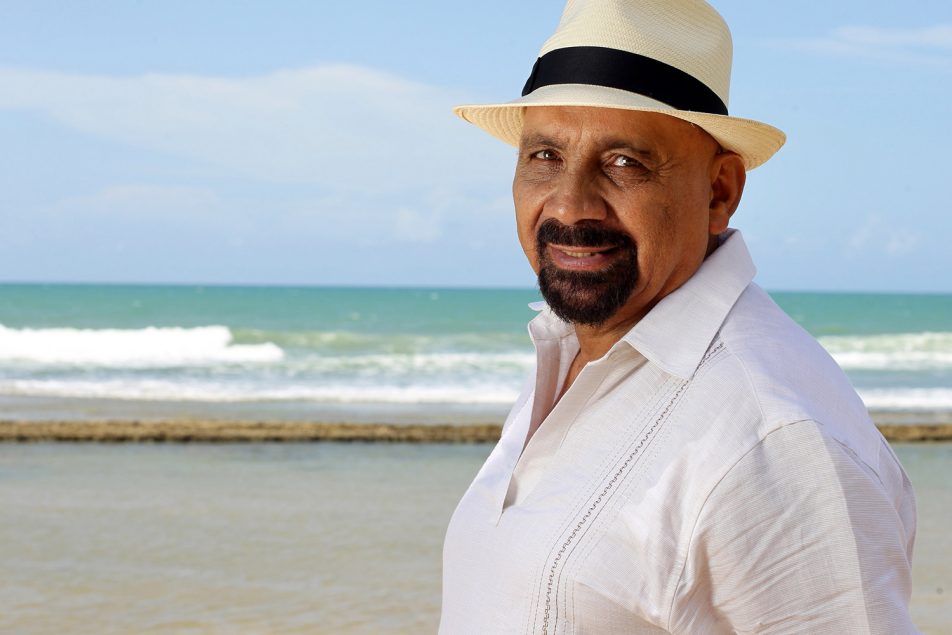 ANDRES JIMENEZ, also known as “El Jibaro,” was born in 1947 in the central mountain range of Puerto Rico, known as the Cordillera Central. He is the fourth child in a family of fifteen, all of whom worked on his father’s farm. His mother took Andres to ceremonies where folk music, such as the Seis Chorreao and Aguinaldos, were performed and celebrated.

Shortly after moving to New York, Andres was drafted by the U.S. Army and stationed in Fort Hood, Texas. There, he experienced segregation, racism, and, as he put it, “the indignity of serving the occupier.”

After discharge, Andres returned to Puerto Rico. Shortly after that, he left Orocovis and attended the University of Puerto Rico (San Juan), where he encountered the antiwar movement and made his debut as part of the Grupo Taoné, which featured Roy Brown, Antonio Cabán Vale aka “El Topo,” Noel Hernandez, Carlos Lozada and the duo Pepe y Flora. Andres performed with Taoné for several years and developed a unique style that reaffirmed his commitment to Puerto Rico and its folkloric traditions. Also, he traveled to the United States and performed at Harvard, Yale, and Princeton and for Puerto Rican migrant communities in New York City, Chicago, Connecticut, Boston, and Los Angeles.

Steeped in the traditional music of the jibaro peasants and mountaineers, Andres decided to base his work on the form that eloquently expressed the religious and social life of his people: the Decima. Andres is one of the few people of his generation to take up this art from Spain and make it his own by filling it with contemporary relevance. “My principal objective is to bring Puerto Rican music to the attention of the world,” explains Andres. “Because of the colonization, we have been isolated, and our traditional music and our traditional music has not been allowed to leave Puerto Rico. Instead, they have tried to make us feel that our traditions were inferior, unimportant, and without value. In many parts of the world, people don’t realize that Puerto Rico has a folkloric tradition, believing that we are totally assimilated into North American culture. My objective is to take our music to Latin America, Europe, and the U.S., so that people may see that we do have a culture, not only musically but in other artistic manifestations as well.”

In 1999 Andres collaborated with the salsa singer Ismael Miranda on the album “Son de Vieques” and produced the CD “Raices Puertorriqueñas.” Both works were used as rallying cries for the rights of the people in Vieques. Also, Guzman is the producer of the Festival Jibaro, which presents some of the most significant artists on the island.

In recent years Andres composed Trovas depicting sacred music themes based on the Decimas of the painter, poet, and essayist Luis German Cajiga, inspired by verses from the Biblical books of Luke, Matthew, and Mark. He records albums whose themes revolve around nationalism and Puerto Rican pride, such as “Nacido En Boriken” and “Dia de Gallo Pinto.’

In a recent interview, Andres said, “We are entering a different era and a changing universe. It seems that political discourse, like that of artists, has to change and evolve. We have to get away from the dogmas of the past and look at the world differently, see the capacity we have as a people, insert ourselves into the universe within the circumstances that exist, and deal with the political reality that we face.”

Andres Jimenez is the recipient of The Agueybana Award, the Diplo, the Cacique Orocovix, and the Farandula Award. He recently celebrated 50 years in the music business.