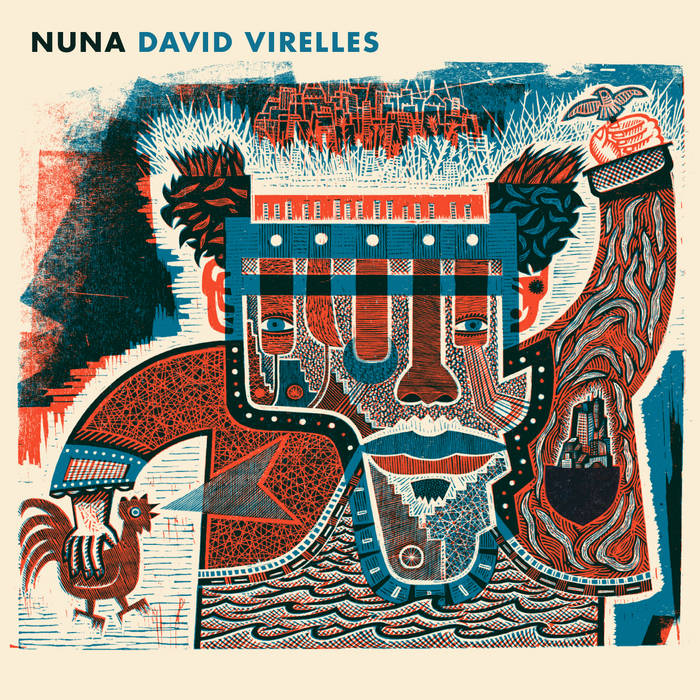 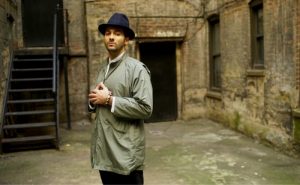 Nuna is a book of compositions for solo piano by Cuban-American pianist and composer David Virelles. A 2021 recipient of the Herb Alpert Award in the Arts, Virelles has worked with musicians as distinct as Henry Threadgill, Andrew Cyrille, Ravi Coltrane, Mark Turner, Chris Potter, Tomasz Stanko, Steve Coleman, Wadada Leo Smith, Paul Motian, Bill Frisell, Tom Harrell and Milford Graves. His release Continuum (Pi 2012) was named the best jazz release of that year by The New York Times. After three esteemed releases on the ECM label, Virelles returned to Pi with Igbo Alakorin: The Singers Grove (2017), which was voted top Latin Jazz album in that year’s NPR Jazz Critics Poll.

Nuna is the consequence – as with so many others – of Virelles’s time in isolation during the Covid pandemic. His first project in that time was Transformación del Arcoiris, a captivating set of music for synthesizer, piano and sampler that was released in August, 2020 as part of Pi Recordings’ Bandcamp-only “This is Now: Love in the Time of Covid” series, which sought to help make up for some of the wages lost by musicians due to the pandemic. The New York Times called the release “Spellbinding…. Throughout, there is a feeling of lines evaporating — between musical performance and everyday life, between conceptualism and folklore, between togetherness and solitude.”

The seclusion naturally led to the completion of the present work for solo piano – some of which was premiered during a residency at the Spoleto Festival – which finds Virelles exploring the totality of his influences on the instrument, from improvisational contexts, Cuban traditional music, African keyboard traditions and European piano practices, all filtered through a modernist harmonic lens. Virelles cites as inspirations a wide range of pianists in the liner notes, from Frederic Chopin and Alexander Scriabin to the tributaries of African-diasporic music – both Black American and Cuban musicians, but also the Algerian pianist Mustapha Skandrani and Ethiopian Emahoy Tsegué-Maryam Guèbrou.

Virelles describes Nuna as “a metaphor for the piano as an ancient instrument.” While the sonorities of the Steinway Model D concert grand piano are often on full display in his playing, he pays equal emphasis to tempering the instrument’s natural resonance, connecting it more to the sound of folkloric instruments such as thumb pianos, harps and drums. He achieves this purely through touch and pedaling, without any other mechanical manipulation or “prepping.” Indeed, the entire album is a demonstration of Virelles’s masterful control of shading, dynamics and timbre.

The set begins with “Spacetime,” a mysterious invocation played on the marímbula, a large, resonant wooden box with metal keys, that is used traditionally in changüí music. It is followed by a program of original compositions – with the exception of “Cuando Canta El Cornetín,” and “Germania” by Santiago de Cuba composers Mariano Mercerón and Sindo Garay, respectively. Virelles mostly plays solo, except on three tracks where he is joined by percussionist Julio Barreto, a long-standing member of Gonzalo Rubalcaba’s group in the 1990s. Virelles describes each piece as “its own little cosmos focused on one musical approach or idea.” The range of inspirations includes Cuban atmospheres, New York experimentalism, post-romantic harmonics, improvisational swing and sonic textures. The playing is elegant, favoring clean lines that make clear the music’s rhythmic invention and contrapuntal weave. Each piece is a sparkling précis of their manifold influences, and they never resort to easy cultural or performative clichés. It’s all unmistakably the work of a singular probing intellect. As with each of Virelles’s projects, Nuna bridges the folkloric with the contemporary, while shrouded in an aura of mystery.