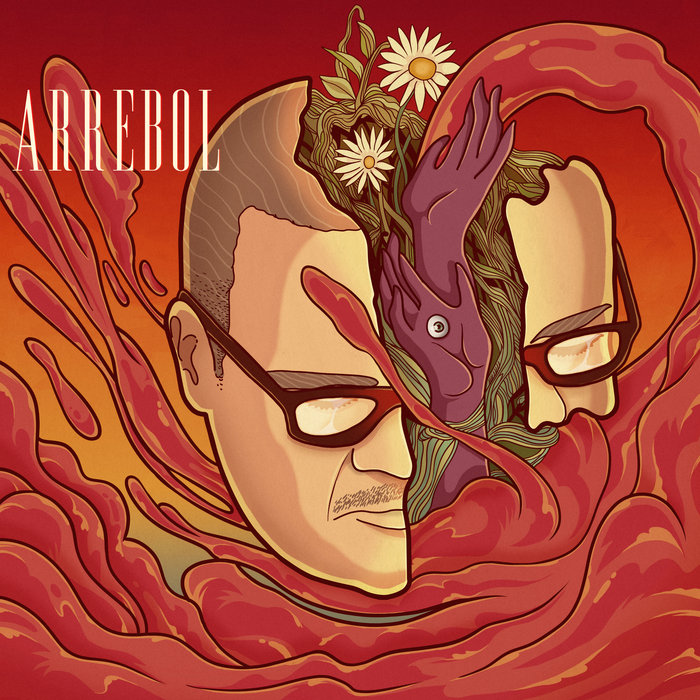 ARREBOL is a duel between Aldemar Valentin and himself! Also, it puts his career into perspective because four of the seven pieces reveal Valentin as a performer and leader. From “Colores,” recorded in 2009, to “Nomos,” and passing through “Saga” and “Cacique,” both recorded in 2011, the listener has the opportunity to contrast not only the result of the production but the threads that interweave the interplay, the distribution of the instruments and the resolution that emerges from a new instrumental context.

Along these lines, one fundamental aspect should be highlighted. Valentin recorded the past versions of the songs with experienced musicians from the highest jazz circuits, such as Miguel Zenon and Paoli Mejias. The current lineup is made up entirely of emerging talents, and the results are dramatically different. Not only because each musician has a particular language, but the circumstance of the project’s direction changed. Aldemar is no longer a performer taking flight with other long-standing artists who ensure the success of his adventure. He is now an experienced pilot who seeks not only to guarantee the trip but to share it because the most important thing that makes us who we are is only acquired when shared with someone else.

Specific aspects account for the gleaming maturity with which Valentin approaches the pieces. Although Arrebol and “Afrobeat” are the two premiere pieces on the album, they constitute a kind of prologue where many of the technical resources and creative impetus develops as the pieces are displayed. It is in this way that we find, for example, the intense polyrhythms created between Alex Lozano and “Timbo” García, the harmonic reorganization achieved between Cigui and Cruz, the minute details of orchestration that emphasize the bridges, vamps, obligatos and cuts of each of the pieces. But above all, the subtle melodic synthesis proposed between the bassist and the ensemble as a soloist. In Aldemar’s firm melodic line, the will to give certainty about the path the soloists will travel is perceived. Also, it outlines the limits to obtaining the substance without diluting it in the flow of sounds.

Arrebol is an album of self-criticism and reinvention. A necessary reference to understand the work of Aldemar Valentín, but also to measure what young talent (that of those four exceptional young people whose artistic zenith is yet to come) can achieve with a lucid, sagacious, and intelligent direction.

Bassist and composer Aldemar Valentin is one of the most sought after bassists currently based out of Puerto Rico. Aldemar holds a Bachelor of Music Degree from Berklee College of Music in Boston and a Masters in Jazz Studies from the New England Conservatory in Boston. Aldemar currently teaches at the Inter American University/Metropolitan Campus in San Juan, Puerto Rico and continues to perform with the top acts in the country.Valentin’s performance and recording resume is quite impressive as he has been associated with the likes of Miguel Zenón, Nestor Torres, Danilo Pérez, Edsel Gomez, Paoli Mejias, Rakalam Bob Moses, Pedro Guzman, Dave Valentin, David Sanchez, Antonio Sanchez, Efrain Toro, Jerry Bergonzi, Bob Mintzer, Paquito D’Rivera, Holograma, Amuni Nazer, Luis Marin, Luis Perdomo, Jorge Laboy, Fernando Matina, Ricardo Pons & Causa Comun, Angel David Matos/Jazz Boricua, and Charlie Sepulveda among many others. His musical and technical skills have been appreciated in Puerto Rico, Dominican Republic, Ecuador, Peru, Panama, Democratic Republic of Congo, Republic of Congo, Guinea, Equatorial Guinea, Nigeria, Cameroon, Japan, People’s Republic of China, Taiwan and the United States.