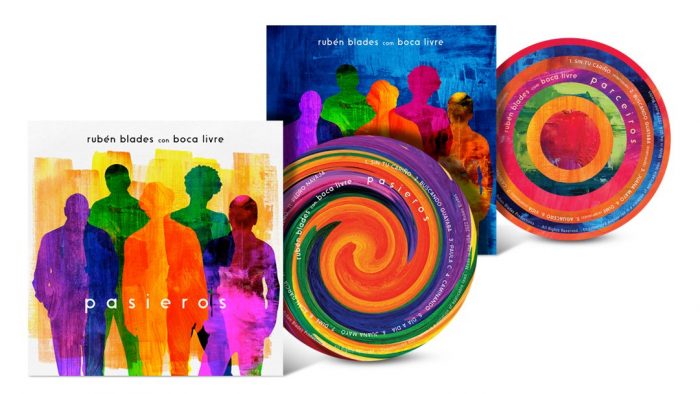 In 1966, when Ruben Blades was a young man in Panama, he heard a Brazilian group called Jongo Trio. From that moment, his desire was to record an album with a similar band. As it turns out, Boca Livre was a guest on Ruben’s acclaimed album, Mundo, which featured the group Editus. Fifty-six years later, his dream came true. His respect and affection for the members of Boca Livre represents Ruben’s love and respect for the music and musicians of Brazil.

The title, Parceiros (Partners) describes the love, joy, and respect Ruben and Boca Livre have for one another and the world’s art, people, and music.

It is worth noting, it was Ruben Blades who introduced the Puerto Rican pianist, bandleader Papo Lucca to the song, Boranda, which was composed and originally recorded by the Brazilian singer, songwriter Edu Lobo in 1966. Ruben also translated the lyrics and sang Coro with Hector Lavoe and Yolanda Rivera on La Sonora Ponceña’s classic interpretation of Boranda.

According to Ruben, working with Boca Livre was a high point in his career as a singer, songwriter. For listener’s who are familiar with Ruben Blades’s hits, you are in for a treat!