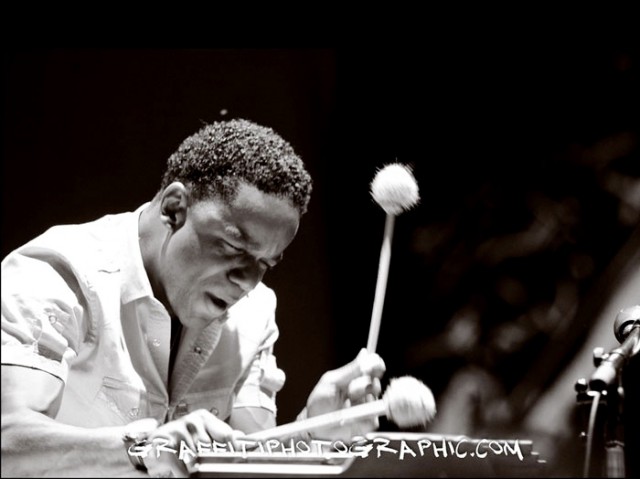 Stefon Harris and his group, Sonic Creed made a joyous noise at the Miller Theater last Saturday, January 30, 2016.

Harris’ passionate artistry, energetic presence, virtuosity, and “ear” for new talent made for an ingenious lineup of established and emerging artists, among them the 20-year old Berkley native, Elena Pinderhughes, cited as “the most exciting jazz flutist to have emerged in years;” pianist James Francies, a recent graduate of the New School for Contemporary Art and a force to reckon with; rock-solid bassist Joshua Crumbly; the spirited Jonathan Pinson and guitarist Mike Moreno, whose sense of lyricism and technique are spellbinding.

There was no shortage of bright moments however I was most impressed with the ensemble’s interpretation of I Love You Porgy.” Also, the commanding voices of James Francies and Pinderhughes effortlessly contributed to the musical conversation.

Harris is a consummate musician, leader, and showman whose every note exudes passion and joy. In a brief conversation with Harris, via Facebook, he told me he is “energized” and “pushing his creative limits.”

The downside? All good things must end!

Miller Theatre at Columbia University is the leading presenter of new music in New York City and one of the most vital forces nationwide for innovative programming. In partnership with the Columbia University School of the Arts, Miller is dedicated to producing and presenting unique events, with a focus on contemporary and early music, jazz, opera, and multimedia performances