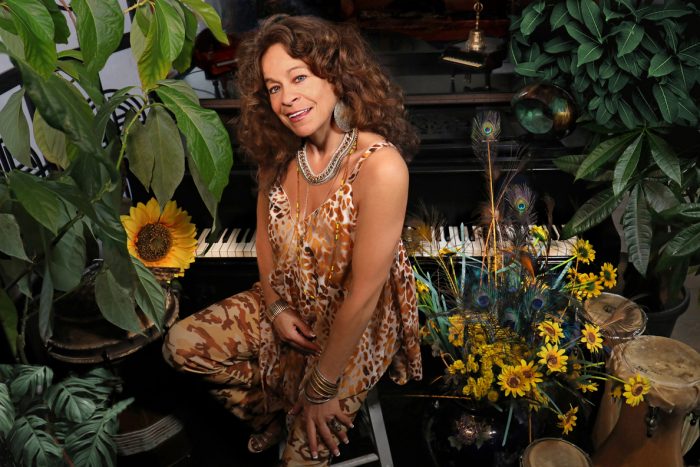 Ms. Rosewoman’s musical growth took root in Oakland, California, where she began playing piano at age six in a home full of music, art, and politics, providing an important foundation for expanding her knowledge and artistic concepts. She studied jazz with the pianist and organist Ed Kelly, to whom she further attributes her traditionally rooted but wide-open vision of music. Studies in percussion led her to avidly explore Cuban folkloric idioms with an emphasis on the ritualized, spiritual aspects of the music. These early explorations would profoundly impact Rosewoman’s musical direction with a pervasive influence on the formation of her sound as a pianist and composer.

Before moving to New York in 1978, Rosewoman performed with her ensembles at venues on the West Coast, such as the renowned Keystone Korner and the Bumbershoot Jazz Festival. She also performed with Julian Priester, Julius Hemphill, Butch Morris, Baikida Carroll, Oliver Lake, and other jazz innovators. In New York, she formed new ensembles. She continued to present her music with New York-based jazz masters and collaborators.

In her debut recording as a leader, THE SOURCE (Soul Note/1984), DownBeat likened Rosewoman’s radiance and ingenuity to that of Charles Mingus. With her maiden voyage on record, she distinguished herself as a talented player and a composer of unique vision. This heralded her rise and reputation as one of her generation’s most ingenious and prolific bandleaders in a male-dominated field.

Quintessence’s debut recording (1987) continues to be noted as one of the best jazz recordings of the decade. A subsequent release, Guardians of the Light, was described by Howard Mandel at NPR as “spontaneous, serious and mysterious. Rosewoman and her band are jazz believers… keepers of the flame.” Rosewoman’s highly acclaimed trio recordings include Occasion to Rise (with Rufus Reid and Ralph Peterson) – voted one of the year’s best recordings by six critics’ polls- and Spirit, a live trio performance at the Montreal Jazz Festival, released on Blue Note Records to rave press. A Gavin Report review stated: “Michele Rosewoman has probed many important junctures in jazz history. She’s fluent in Monk, Bill Evans, and Bud Powell. Still, her influences don’t end there…she is a modern-day lightning rod to the innovations of the past and the tense uncertainties of today.”

The September 2013 debut release of “Michele Rosewoman’s New Yor-Uba, 30 Years!” marked the 30 -year anniversary of this highly acclaimed ensemble. The National Public Radio (NPR) Critics Poll elected the 2-CD set as the #1 Latin Jazz Release of 2013 and #25 in Best Recordings of the Year. Other accolades include #14 for Best of the Year Downbeat and Jazz Times Critics Polls and one of the Best ensembles of 2013. The CD received 4 1/2 stars in Downbeat, among many other rave reviews. The NY Times lists Rosewoman’s Dizzy’s Lincoln Center CD release event as one of the Best Concerts of the Year. Additionally, it received feature stories on NPR’s Fresh Air, the Wall Street Journal, the New York Times, Jazz Iz, and Jazz Times, among many others.

Through the years, Rosewoman’s innovative projects have received critical acclaim and highly coveted awards and recognitions. Highlights include major support from the National Endowment for the Arts (1983), giving birth to her New Yor-Uba ensemble (inspired by a profound collaboration with her mentor, the late Orlando “Puntilla” Rios), and an ASCAP/Meet the Composer Commission for Emerging Composers (1984) awarded by Dizzy Gillespie, Marian McPartland, and Lester Bowie. This award culminated in a new work premiered by the 40-piece Brooklyn Philharmonic Orchestra plus quintet of improvisers at Cooper Union Great Hall, NYC, and the Paramount Center for the Arts in Peekskill, NY. She’s received numerous Chamber Music America New Works Creation / Presentation Commissions (2015/2008/2006/ 2003). She is a 2016 Latin Jazz Grammy Winner as pianist/composer for her contribution to Arturo O’Farrill’s “Cuba, the Conversation Continues”.

She has composed and arranged music for and performed with groups from duos to big bands to full orchestras. Rosewoman remains active as a grant panelist and music educator and is a current board member at Chamber Music America. She conducts educational workshops at colleges and universities throughout the U.S, teaches piano and composition privately, has held past and current positions at NYU and the New School, and serves on the faculty of The Jazz House Kids in Montclair, NJ, teaching theory, piano, composition, and ensemble.

New Yor-Uba, “Hallowed”
The name “New Yor-Uba” pays homage to the dynamic musical journey of ancient Yoruba culture from Nigeria through Cuba to present-day New York, reflecting its contemporary manifestations. A 2015-16 Chamber Music America New Jazz Works Commission for her long-standing New Yor-Uba ensemble (1983 debut) supported the development of her latest exploration. The resulting new work, “Oru de Oro“, is a rhythmic suite anchored to a sacred sequence of rhythms known as the Oru Igbodu, where 23 Orishas are endowed with Rosewoman’s unique musical content while displaying and integrating the mastery of featured soloists and master drummers. Featuring master folklorist/percussionist Roman Diaz, a foundational member of the ensemble since 2008, “Oru de Oro'” was recorded along with other new repertoire, and “Hallowed” was released on Rosewoman’s label (Advance Dance Disques) in November 2019, to stellar reviews in major publications and was chosen #3 NPR Latin Jazz Recording of the Year.

Following their 2013 double-disc release, which celebrated 30 years and garnered the #1 NPR Latin Jazz Recording of the year award, “Hallowed” is a true continuation of Rosewoman’s in-depth exploration of sacred Afro- Cuban musical traditions and presents another exciting chapter in the now 36 -year evolution of this highly acclaimed ensemble.

“… the year’s finest spirited representation of Cuban folklorist music and jazz-infused with energetic notes of the African diaspora. “Hallowed” anoints Rosewoman as a griot of Cuban folklore, who carries on the tradition of pianist and composer Randy Weston.” AMSTERDAM NEWS / Ron Scott

Rosewoman’s sterling piano-playing makes the music burst with such fresh aplomb, sounding simultaneously ancient and futuristic… while her estimable piano improvisations are in service of the music instead of simply being an exhibitionist’s showcase…Her restive, percussive playing is the secret ingredient.. when the pianist’s instrumental work comes more to the fore… the brilliance of her musicality shines all the more. Overall, it’s Rosewoman, the superlative composer and bandleader, who reigns supreme on this near-flawless outing.” DOWNBEAT **** 1/2 John Murph

“(Rosewoman) has created a completely original musical structure that breathes as one with the bata, negotiating its rhythmic transitions, studded with harmonic innovation, well-placed improvisations, drama, and even humor. Her music honors the legacies of jazz masters like Duke Ellington, Charles Mingus, and Cecil Taylor as clearly as the bata serves Yoruba deities. Throughout, her distinct brand of pianism- highly refined and yet, in spots, often quite daring–shines through. New Yor-Uba doesn’t so much bridge traditions; rather, it reveals deep and mysterious connections that have always existed.” JAZZIZ / Larry Blumenfeld

“If there is a more satisfying group around—one with as compelling a blend of ancient and new, of earthiness and urbanity, of ritual music and jazz-based improvisation—please tell me about them.” Larry Blumenfeld /BLU NOTES

“The evolution of New Yor-Uba… a journey of slow-motion magnificence… Rosewoman’s abiding faith in these centuries-old rhythms… provides New Yor-Uba with an idiosyncratic discipline similar to Henry Threadgill’s Zooid or Steve Coleman’s Five Elements. As with those ensembles, listeners are richly rewarded by marinating in the music.” JAZZTIMES

“I can think of almost no other musician in recent (or, indeed, past) times who has been able to – in an original contemporary composition – make such masterful use of the sacred bàtá drums…. Miss Rosewoman anchors herself in the ancient tradition of always looking forward, and what a spectacular way in which to do it indeed… With this album, Hallowed, Miss Rosewoman’s music, quite simply, ascends to the rarefied real.Truly an album to die for.” LATIN JAZZ NETWORK /Raul deGama

“Dazzling tracks…startling for its balance of unfettered improvisation and undiluted Cuban folklore within a complex and often grand structure.” Larry Blumenfeld / The Wall Street Journal

“Absolutely one of the most exceptional records of 2013 is pianist-composer Michele Rosewoman’s 30th Anniversary New Yor-Uba release.” Willard Jenkins / The Independent Ear

“(Rosewoman’s) piano playing draws equally from the bluesy drama of Randy Weston and the ardent yet grounded freedom of Cecil Taylor. Her grasp of Afro-Cuban tradition enables her, when she chooses, to make her instrument function like a set of tuned drums. At times, she trades phrases with percussionists as if one of them. Rosewoman’s music unites players with distinct personalities into a communal voice, much in the mold of Mingus or Ellington, even as she adheres to Afro-Cuban traditions. It sounds bold, swinging, ceremonial, and formal — all at once, in many cases. The music had both stylistic swagger and spiritual heft.” Larry Blumenfeld / Jazziz

Michele Rosewoman’s Textured Trio with Kevin McNeal (Guitar) and Bob Stewart (Tuba) will perform one set at 8:30 PM as as part of The Greenwich House’s Mutual Mentorship for Musicians Festival. Performance is FREE with RSVP. 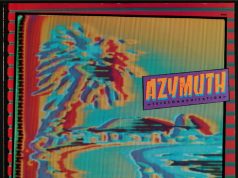 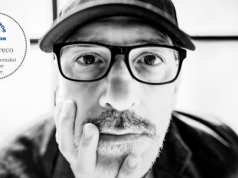 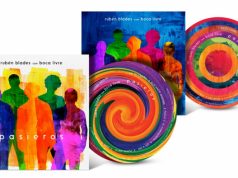