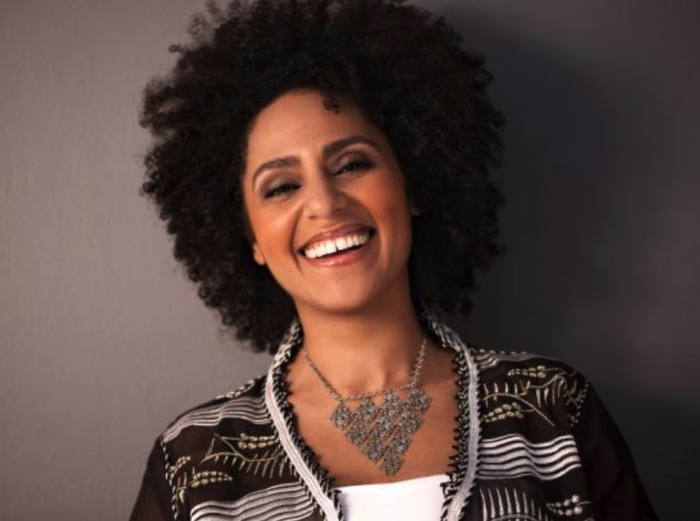 Malika was born in Southern Morocco, in a little village called Ouled Teima. Her father’s family was originally from Tata, a city on the Sahara plain. At the same time, her mother was a Berber from the High Atlas. During her early childhood, there was always music and dancing. After her family emigrated to a suburb of Paris, she found herself straddling two very different societies. She recalls that I had to be French at school yet retain my Moroccan cultural heritage at home. Like many immigrant children, I learned to switch quickly between the two. It was hard but brought me a lot of good things too.

Malika’s interest in music led her to take up the clarinet in grade school. Meanwhile, she was exposed to a wide variety of musical styles; she cites fellow Moroccan Hajja Hamdaouia, Rais Mohand, the Lebanese-born, Egyptian-based ud virtuoso/ composer Farid el Atrache, Um Kalthoum, and the Algerian singer Warda (Al-Jazairia) as major influences. She also absorbed albums by Ella Fitzgerald, Bobby McFerrin, Thelonious Monk, Stevie Wonder, and Aretha Franklin. When I decided to learn singing, I started with jazz because I was attracted by the improvisation, which is also important in Arabic music, she says. Although her family did not favor her pursuing a musical career, Malika nonetheless attended classes at conservatories and jazz academies in Tours and Marseille.

In the beginning, she interpreted classic material strictly in the original languages — then a breakthrough occurred. When I started to sing in Arabic, writing new lyrics for jazz standards, I found that people reacted strongly. There is always more emotion when you sing in your language because your feelings are more intense. As a composer, the process was similar; asked why and when she began writing her own songs, she says impishly, After getting tired of forgetting English lyrics!

​An early visit to New York made a strong impression on her. I came for the first time in 1996. It was an amazing experience. I felt that I could be more myself and learn many things, musically and as a human being. In 2004, Malika decided to relocate to New York City. She moved back to France in 2019. Having crafted a repertoire that incorporated her native Berber, Gnawa (a percussive form of religious trance music), and Chaabi (Arabic working-class blues) heritages, the intellectual elegance of French pop, plus freewheeling jazz rhythms and techniques, her reputation as a solo act began to grow.

With the release of Berber Taxi on April 12th, 2011, by Motéma Music (home to legendary innovators Randy Weston and Geri Allen), Zarra takes her rightful place as an important world-jazz artist on New York’s multicultural music scene. Berber Taxi takes up its journey following Zarra’s self-released 2006 debut, On the Ebony Road, which has mainly sold from her gigs and by word of mouth reputation.

Malika Zarra will perform one set at 7:15 PM on Thursday, June 16, 2022 as part of The Greenwich House’s Mutual Mentorship for Musicians Festival. Performance is free with RSVP.