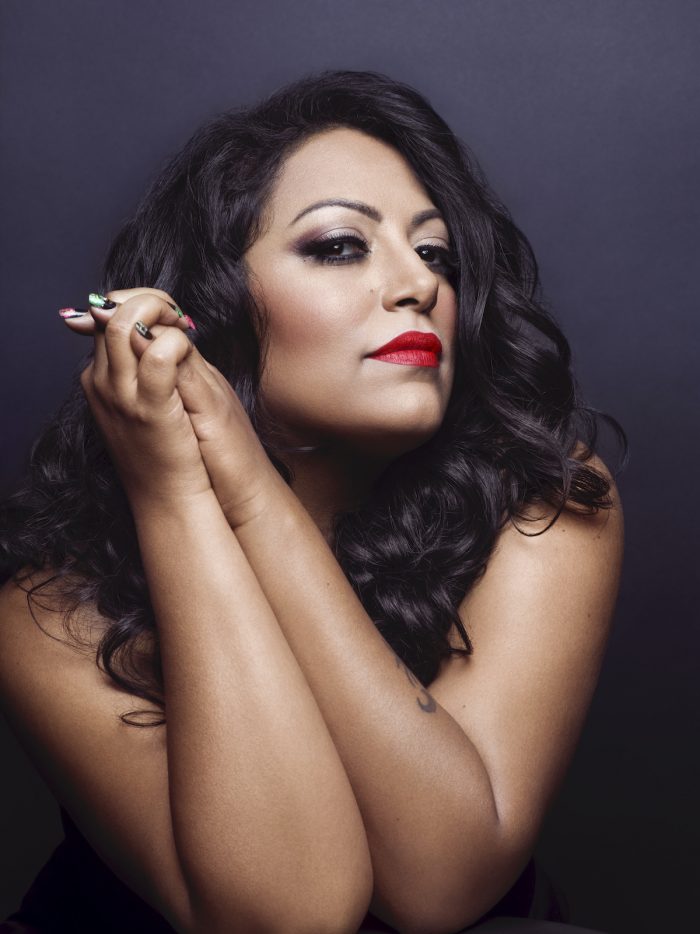 LEHMAN CENTER FOR THE PERFORMING ARTS is excited to bring back to the Bronx the Latin Grammy Award winner INDIA for a special concert to perform all your favorites from Freestyle and house to Latin pop and Reggaeton on Saturday, October 23rd, 2021 at 8 pm. Famous for her chart-topping albums such as Dicen Que Soy, Ese Hombre, Sobre el Fuego, and the 2016 Latin Grammy Award-winning for Best Salsa Album, Intensamente La India Con Canciones De Juan Gabriel, this performance will be unforgettable.

TICKET INFO/DIRECTIONS: Lehman Center for the Performing Arts is on the campus of Lehman College/CUNY at 250 Bedford Park Boulevard West, Bronx, NY 10468. Tickets for INDIA: Inmensa on Saturday, October 23rd, 2021 at 8 pm ($85, $75, $50, and $45) can be purchased by calling the Lehman Center box office at 718-960-8833 (Monday through Thursday, 10 am–5 pm, and beginning at 4 pm on the day of the concert), or through online access at www.LehmanCenter.org. Lehman Center is accessible by #4 or D train to Bedford Park Blvd. and is off the Saw Mill River Parkway and the Major Deegan Expressway.

IMPORTANT COVID-19 SAFETY INFORMATION: In order to keep our staff, audiences, and artists safe, proof of vaccination and masks will be required to attend any performances at Lehman Center for the Performing Arts in accordance with the Mayor’s Office of the City of New York.

INDIA was born in Río Piedras, Puerto Rico, and grew up in the La Candela section of the South Bronx listening to recordings of Celia Cruz and Ella Fitzgerald. Nicknamed “India” by her grandmother, she made her professional debut singing with the popular dance music group TKA. While still a teenager, she recorded her first single “Dancing on the Fire” with its Spanish language version “Bailando En El Fuego” with mega-producer “Jellybean” Benitez, and “Lover that Rocks” which made it into the top 5 dance singles chart. With producer “Little” Louie Vega, she recorded now-classic hits “I Can’t Get No Sleep”, “When You Touch Me”, and “To Be In Love” and reached #1 on the Billboard Dance charts with “Love and Happiness.” In 1992, Eddie Palmieri came to the studio to hear her, and when they recorded the amazingly popular Llegó La India via Eddie Palmieri, “La Princesa de la Salsa” had arrived in the world of Latin music. In 1994 she released her record-breaking quadruple-platinum album Dicen Que Soy, which included the explosive duet with Marc Anthony, “Vivir lo Nuestro”. In 1996, India was spotlighted throughout Tito Puente’s salsa flavored hit album, Tito Puente/India Jazzin’ with The Count Basie Orchestra, which resulted in five Grammy nominations.

India’s Sobre el Fuego (1996), the first of two albums produced by Isidro Infante, and featured collaborations with Celia Cruz and Johnny Rivera, topped the Tropical/Salsa chart with the hits “Me Cansé de Ser la Otra”, “Mi Mayor Venganza” and “Costumbres.” The second, Sola, her highly acclaimed tribute to the late Cuban diva La Lupe, was honored with the 2000 Latin Billboard award for Best Tropical/Salsa Album of the Year. This was followed by a string of number 1 singles on the Billboard Tropical chart: “Sedúceme” and “Traición.” In 2006, India was honored in her hometown of the Bronx by having a street named after her (across from the County Courthouse). She won the 2007 Latin Billboard Awards for the Best Female Tropical Album of the Year for her salsatón inflected Soy Diferente and Latin Dance Club Play Track of the Year for “Solamente una Noche.” In 2010 she released her ninth studio album, Unica, and her single “Estúpida,” hit #1 on the Tropical Billboard charts. In 2011, she released “Tacalacateo” as a collaboration with DJ Peppe Citarella which peaked at #13 on the Billboard dance chart. India was a guest artist on arranger Tony Succar’s 2012 production UNITY: The Latin Tribute to Michael Jackson and in 2014 she joined Ismael Miranda and the Salsa Giants to record “Bajo la Tormenta”. When the single from the album “Ahora Que te Vas” became a #1 hit, India made history becoming the female singer with the most #1 singles in the Billboard Tropical Songs Charts and for the most #1 albums on the Billboard Tropical Album chart, both recognized by the Guinness Book of World Records. In May of this year, India broke her own #1 chart record with “Víctimas las Dos”, her new iconic collaborative single sung with Víctor Manuelle, which they premiered at the 33rd Premio Lo Nuestro awards show.