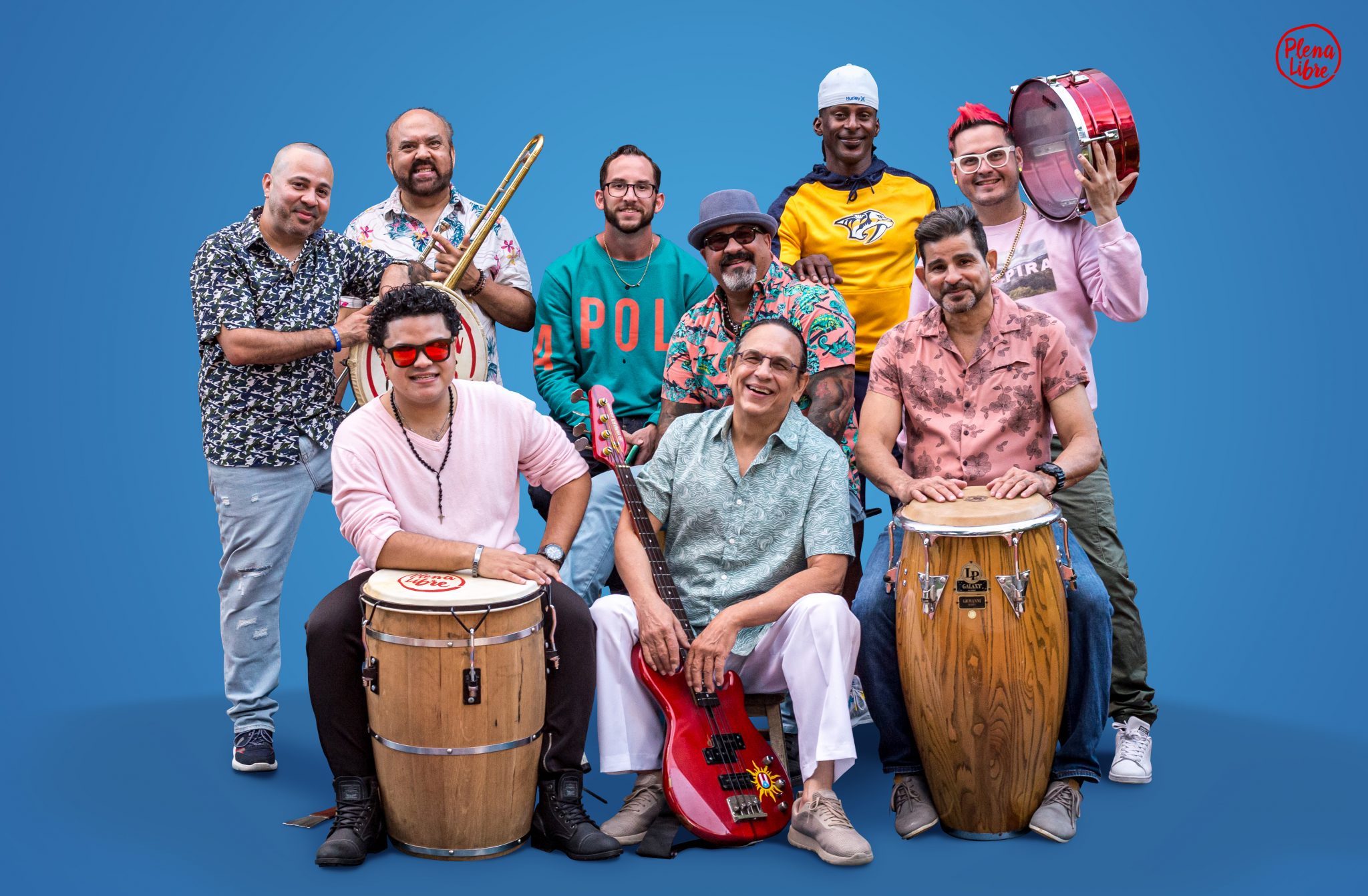 Lehman Center for the Performing Arts presents an exciting holiday spectacular. On Saturday, December 4th, 2021, at 8 pm, hear the beautiful voice of Victoria Sanabria with Puerto Rico’s #1 plena group Plena Libre in an exciting night of musical entertainment with special guest Prodigio Claudio. Altogether, the folkloric sounds of Puerto Rican music will be flowing through the halls of Lehman Center. Captivating and moving audiences over the course of a 26-year, 15-album career, this fine-tuned ensemble of virtuoso musicians has only gotten better with age, as evidenced by their four recent GRAMMY® nominations and worldwide touring schedule.

Lehman Center for the Performing Arts is on the campus of Lehman College/CUNY at 250 Bedford Park Boulevard West, Bronx, NY 10468. Tickets for EL ENCENDIDO DE LA NAVIDAD BORICUA on Saturday, December 4th, 2021 at 8 pm ($100, $55, $45, $35, $25) can be purchased by calling the Lehman Center box office at 718-960-8833 (Monday through Friday, 10 am–5 pm, and beginning at 4 pm on the day of the concert), or through online access at www.LehmanCenter.org. Lehman Center is accessible by #4 or D train to Bedford Park Blvd. and is off the Saw Mill River Parkway and the Major Deegan Expressway.

VICTORIA SANABRIA was born in Guayama, Puerto Rico into a family of singers. Named “La Diosa de la Trova”, she is known for her sublime voice and ability to continue the tradition of peasant island Trova jíbara song combined with improvisation and mixtures of musical genres. Victoria showed vocal talent from a young age, entering vocal competitions as a teenager and winning the title of National Troubadour from the Institute of Puerto Rican Culture. In 1995, Sanabria performed as a vocalist with the Puerto Rico Symphony Orchestra, and the following year, she was a guest artist opening for Marc Anthony’s Puerto Rican concerts. Her first album as a soloist, Cánticos de Serranía, was recorded in 1999, and in the next eight years, she released three more, including 2008’s Celebra Conmigo that featured Andy Montañez and Andrés Jiménez as guest artists. That same year, she joined the worldwide Tribute to Héctor Lavoe concert tour. In December 2009, Sanabria released her international breakthrough album Criollo Con Salsa, in which she had combined Puerto Rican folk music with salsa. The album contained several hits including “10 Dias,” “Jibara Natural” which featured Luis “Perico” Ortiz, and “No Te Quiero” sung with reggaeton star Ivy Queen. 2011 saw the release of the highly successful album Boleros which established Victoria as a major singer, and a year later she followed up with the release of Boleros II, which is now considered a classic. Sanabria’s most recent releases are her live concert album Trayectoria that was recorded in Santurce in 2012, and 2016’s Música Mía.

PLENA LIBRE, masters of contemporary bomba and plena, brilliantly infuses the Afro-Puerto Rican rhythms plena and bomba, with other Caribbean rhythms to their traditional and contemporary compositions, creating an electrifying stage performance. With a tight yet sensitive style that balances the traditional with the contemporary, and the global and the local, Plena Libre creates a brand of music and live performance that is both profoundly Puerto Rican and universally appealing. Filtering the sounds of various Afro-Caribbean forms like merengue and cumbia, and Afro-Cuban like mambo and salsa, this versatile collection of expert performers creates a celebratory spectacle and engaging sonic ecstasy. Led by founder and bassist Gary Nuñez, Plena Libre is recognized for taking the once dormant Puerto Rican plena style of music and reclaiming it for a new generation of listeners to enjoy. The group became instantly popular in Puerto Rico, with National Geographic crediting Plena Libre among other Puerto Rican acts in “spearheading the Latin invasion of American popular music”. Plena Libre features vocalists singing in captivating three and four-part harmonies which complement the group’s danceable, Afro-Rican compositions. The group’s use of call-and-response, percussion and polyrhythms keep each show feeling groovy and fresh. Thrilling audiences around the world, from the Fez Festival (in Morocco) to the Playboy Jazz Festival, Plena Libre is a train that just keeps picking up steam as it charges ahead in unexpected and exciting directions. Plena Libre has recorded with notable musicians like pianist Eddie Palmieri, Papo Lucca, and Néstor Torres, among others.

PRODIGIO CLAUDIO is an excellent cuatro player (Cuatro is a Puerto Rican guitar). He was born in Hoboken, New Jersey to Puerto Rican parents, and he moved to Puerto Rico in 1977 where he settled in the town of Caguas. Since childhood, he showed a great interest in the cuatro. As a child, he was enrolled in music classes with Tomas Roldan in Caguas. Claudio started his musical career as the youngest child to accompany the Teatro Ramiro PR Acevedo Turin and joined the Pleneros del Quinto Olivo at the age of 13. Thereafter he’s been involved with El Gran Combo, Gilberto Santa Rosa, Raphy Leavitt, Bonny Cepeda, Elías López, Chamaco Ramirez, and Tavín Pumarejo. He now works to teach and deliver lectures in the United States on the Puerto Rican cuatro. He has recorded 11 albums as a soloist and was the first to make a cuatro instructional video in 1999.