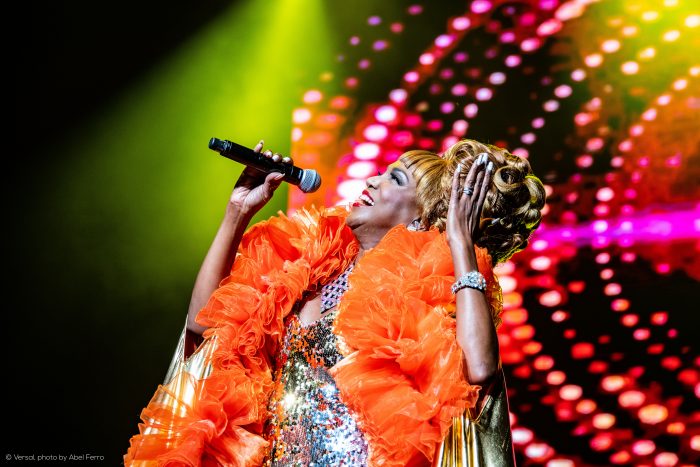 LEHMAN CENTER FOR THE PERFORMING ARTS and GOYA FOODS is proud to present the New York debut of CELIA CRUZ – The Musical!, a new and original musical experience that celebrates the story of the multi-Grammy Award-winning “Queen of Salsa” on Saturday, November 16th, 2019 at 8 pm.

Lehman Center for the Performing Arts is on the campus of Lehman College/CUNY at 250 Bedford Park Boulevard West, Bronx, NY 10468. Tickets for CELIA CRUZ – The Musical! on Saturday, November 16th, 2019 at 8 pm are VIP*$100, $65, $60, $50, $45, and can be purchased by calling the Lehman Center box office at 718-960-8833 (Monday through Friday, 10 am–5 pm, and beginning at 4 pm on the day of the concert), or through online access at www.LehmanCenter.org. *VIP Reception: The Havana Café, Goya Foods, and Lehman Center special VIP pre-concert wine & hors d’oeuvres reception will start at 6:30 pm. VIP tickets include the reception and the best seats in the house. Sponsored by Havana Café Restaurant and Goya Foods. Lehman Center is accessible by #4 or D train to Bedford Park Blvd. and is off the Saw Mill River Parkway and the Major Deegan Expressway. Low-cost on-site parking available for $5.

LUCRECIA was born in the same Havana, Cuba neighborhood as the famous vocalist Celia Cruz, and began studying piano and singing at the age of seven at the Instituto Superior de Arte de Cuba. Shortly after completing her education, she joined La Orquesta Anacaona, the iconic Cuban all-female group, playing keyboards and singing. As the lead vocalist, keyboardist and arranger for the group, she toured internationally in the 1980s and early 1990s. Leaving the orchestra in 1993, she settled in Barcelona, Spain to form her own group as well as to become a film and television actress. Her 2010 release Álbum de Cuba was earned a Latin Grammy nomination. This year she was recognized as the Best Latin American Children’s Movie Actress and Best Children’s Music Singer at the Premios Latino 2019 Awards. After first appearing with Celia Cruz at a 1998 performance event in Marbella, Spain, they became lifelong friends until Celia’s passing. “My admiration, respect, and love for Celia runs very deep,” Lucrecia says. “They call her the queen of salsa, but she was always the guarachera de Cuba. It was always about her Cuba, and taking it with her around the world.”

CELIA CRUZ was born in Havana, Cuba and was drawn to music from an early age. She studied voice, music theory and piano at Havana’s National Conservatory of Music and rose to fame as a singer of guarachas, earning the nickname “La Guarachera de Cuba”. After singing with Las Mulatas Del Fuego, she was invited to join the popular orchestra La Sonora Matancera as lead vocalist where she mastered a wide variety of additional musical styles including rumba, son and bolero. Headlining at Havana’s most popular cabarets including the Tropicana, Sans Souci, Bamboo, and Topeka, Celia also recorded many albums with the orchestra starting with Canta Celia Cruz in 1956. At the time of the 1959 Communist takeover of Cuba, La Sonora Matancera was touring in Mexico, and the band decided to relocate to New York City, rather than return to Cuba. Celia became an American citizen in 1961 and joined the Tito Puente Orchestra, becoming a dynamic focus for the band with her flamboyant attire, crowd engagement, and unfaltering vocals. In the 1970’s she reinvented herself by singing in the 1973 Latin opera Hommy (a version of The Who’s rock opera Tommy) and by recording updated Latin classics for Johnny Pacheco’s Vaya label. Emerging as a vibrant singer within New York City’s salsa scene, she collaborated with Pacheco on a series of albums beginning with 1974’s Celia y Johnny with its dynamic single “Quimbara”, and Celia also featured prominently in the salsa supergroup Fania All-Stars. She would go on to perform and record with the Willie Colón Orchestra, resulting in three albums (1977, 1981 and 1987), as well as with La Sonora Poncena. With a voice described as operatic, Celia sang through high and low pitches with ease, and her style of improvised rhymed lyrics added a distinctive flavor to salsa. Her theatrical costumes, which included varicolored wigs, tight sequined dresses, and outlandishly high heels, became so famous that one of them has been acquired by the Smithsonian Institution. She has been honored with a star on the Hollywood Walk of Fame (1987), and has even had an asteroid named after her, the 5212 Celiacruz, 1989.

Additionally, she received honorary doctorates from Yale University, Florida International University, and Miami University, and in 2003, a music school was opened in the Bronx named the Celia Cruz Bronx High School of Music. During her lifetime, Celia released more than 75 records, including 23 that went gold, and was honored with eight Grammy and Latin Grammy Awards, including the posthumously awarded 2016 Grammy Lifetime Achievement Award. Her last album Regalo del Alma, which she recorded shortly before her death, won both regular and Latin Grammy awards as well as the Premio Lo Nuestro Award for Best Female Artist of the Year. 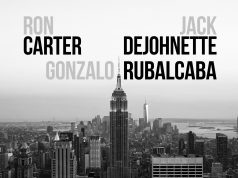 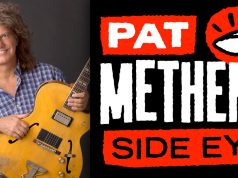 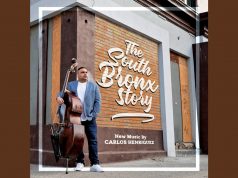